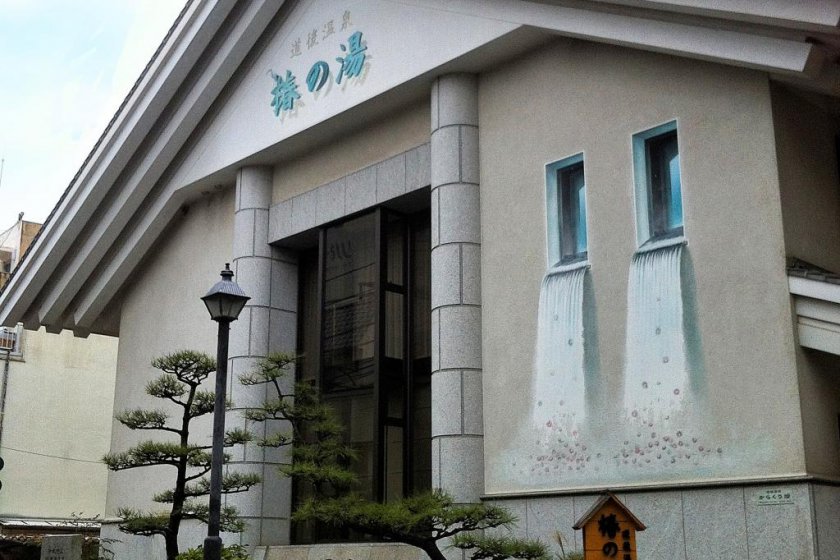 Tsubaki no Yu Onsen in Matsuyama

Dogo’s “other onsen” is also very stylish inside

Tsubaki no Yu onsen in Matsuyama — the 'other' Dogo Onsen

Most visitors to Matsuyama will have heard of Dogo Onsen and will be keen to give it a try. In this case, the onsen they visit will be the Honkan, the venerable old building built in 1894. But just down the Dogo Arcade from the famous Honkan is another hot spring called Tsubaki no Yu, which is supplied with the same health-giving waters. This facility was built in 1953, and here you can enjoy the very agreeable hot water of Dogo in the style of a different era.

I was in Dogo for the spring festival where I bumped into a Japanese friend. I told her I was thinking of popping into Tsubaki no Yu for a change and she insisted I go. “It’s got just one bath, no rotenburo, and no frills, but you should try it at least once.” So I did.

Tsubaki no Yu stands at the elbow of the Dogo Arcade. It’s a big white building with a little Japanese garden in front of it, with trompe l’oeil water pouring out of painted windows. The entrance is up a little side-street. Entrance is a very economical 360 yen for adults. You buy a ticket from the machine on the right as you enter. No soap or towels are provided, so if you haven’t brought your own, you can get a little set for 60 yen. The soap is scented with mikan orange.

In the lobby, there’s a rather nice scale model of Dogo Onsen Honkan. Beyond that is the spacious changing room. You’ll need a ten yen coin for the locker, so if you don’t have one, ask for change at the counter.

At Tsubaki no Yu, the single bathroom is similar to the ones in the Honkan but bigger and simpler. It has the same granite floors, bath and massive fountain stone with its two little spouts from which the blessed water flows. It’s very elegant in fact. The water of Dogo is well known for being on the hot side, and inside the bathroom it’s very steamy so you see everything through a mist. With the retro styling, it’s like being in a painting by the 1950s American painter Edward Hopper.

I really enjoyed my bath. The wooden basins felt good and heavy. The water was bracingly hot, but not quite so hot as in the Honkan where I tend to feel dizzy after a few minutes. There were a lot of old people in the bath, and they ignored me completely, which makes things more comfortable. The bath itself is quite deep so that when I sat cross legged on the floor of the bath, the water trickled into my ears. The water is slightly slippery with minerals, and it left my skin feeling good and smooth. Afterwards I cooled off in the changing room with a free cup of tea from the vending machine.

If you have time when you’re in Dogo, do try the Tsubaki no Yu too. 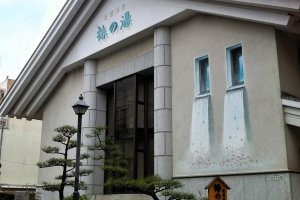 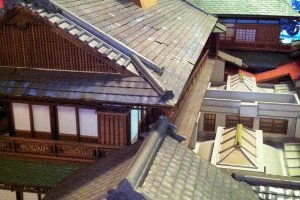 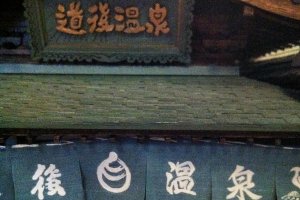