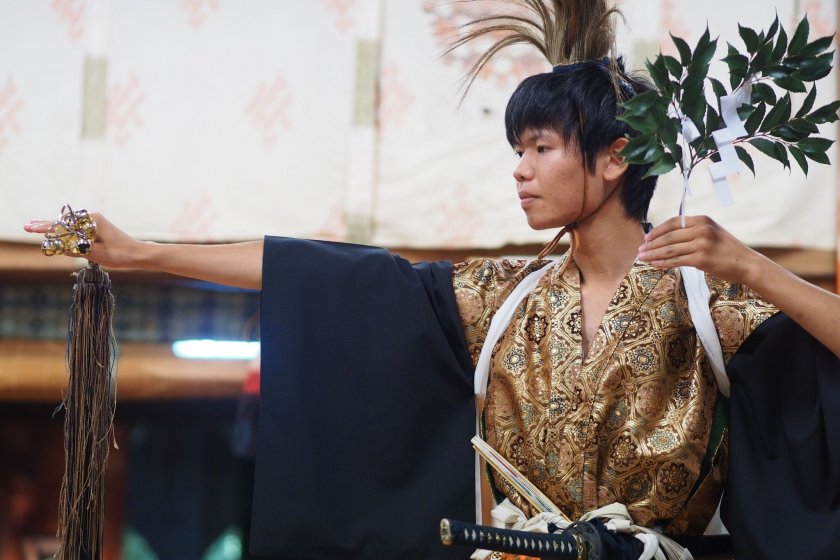 The Hyuuga Kagura in Noune Village

One day, back when the gods still lived on the Japanese islands, Susanoo (god of the seas) greatly upset his sister Amaterasu (goddess of light), caused her to run away and sulk in a cave, and ultimately plunged the world into eternal darkness. Alarmed by this turn of events, other gods quickly convened to plot a way to coax Amaterasu out of hiding.

After many long discussions, they agreed to hold a faux celebration just outside of Amaterasu's hiding place—a cave now known as Amanoiwato. The gods danced, played music, and stirred up all kinds of merriment. Curious as to what the world could possibly be celebrating in her absence, Amaterasu cracked open the entrance to her cave, and was blinded by an intense light. Thinking that the celebrations were taking place to welcome a god or goddess of light even greater than herself, Amaterasu stormed out of the cave only to find that the blinding light was caused by her own reflection in a mirror crafted and cleverly placed by one of the party-planning gods. Before she could react, the other gods closed and sealed the entrance to Amaterasu’s hiding place, keeping the world from eternal darkness forevermore.

This story, the tale of Amanoiwato, has been passed on through generations. Although you can find books carrying that story along with other Shinto folktales, one of the best ways to encounter the legend is by attending a Hyuuga Kagura.

As luck would have it, Fukui holds one every year during the third weekend in the month of September.

The Hyuuga Kagura was brought to Fukui in 1695 along with the arrival of Arima Kiyozumi after he and his family were ordered to move from Hyuuga Province (Miyazaki)—the area that is believed to be the location of the legendary Amanoiwato— to Echizen Province (Fukui) to rule over what is now Maruoka Town. Arima Kiyozumi was a staunch believer of the Shinto stories, and made sure that the Hyuuga Kagura carried on in Maruoka just as it did in his hometown.

Though the Hyuuga Kagura once took place around the Maruoka castle grounds proper, changes in leadership and other events throughout history forced the celebration to its current location at Hachiman Shrine in Noune Village in the eastern side of Maruoka Town.

After numerous practices and preparations done by the villagers, the event begins on the evening of the third Saturday in September, using the darkness of night to represent Amaterasu’s absence and the world being plunged into possible eternal darkness. About half of the Hyuuga Kagura’s twenty-four dances are finished before the night is through. After a proper night’s rest, the festival begins again on Sunday afternoon, celebrating the light of day and bringing the event to a happy close.

The Noune Hyuuga Kagura, though small in size, is very rich in history and decoration. Colorful costumes, wood-crafted noh masks, and an array of traditional instruments are used to bring the story of Amanoiwato to life. It is truly a sight to behold.

Held on the third weekend in September.

Based in Kyoto and working in the travel sector, I'm really looking forward to sharing the odd and interesting. Japan has a lot to offer in terms of temples, tradition, and history, which of course I'll share as well as I run into it, but I hope to share more of the unique, silly, and far out (in terms of distance and content) with you as I go along from prefecture to prefecture. Stay tuned for things like: strange but delicious food! little-known places and festivals! interviews with people who specialize in the amazing and obscure! Anyway, I'll be sure to keep you updated! There's a slight chance, if you visit Kyoto, you'll even spot me looking into things or guiding people around. If you do, be sure to say hello! 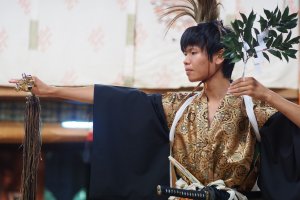 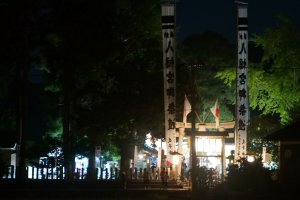 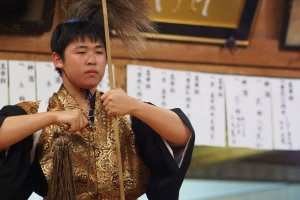 Bonson Lam a month ago
This is a really intriguing and delightful tale.
Reply Show all 0 replies
1 comment in total