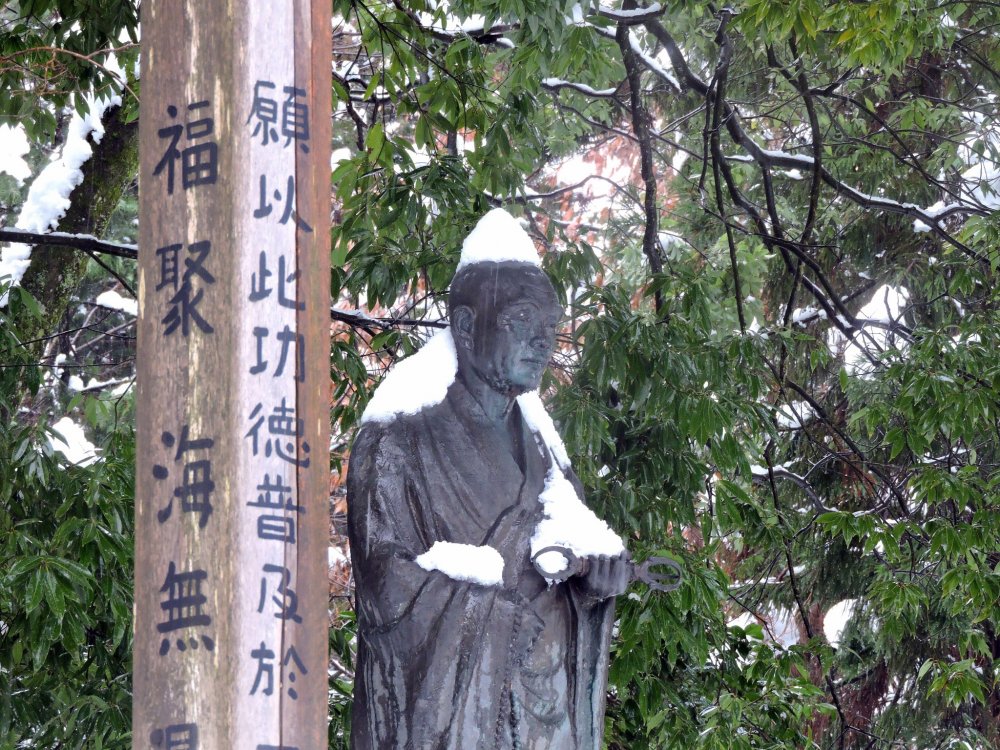 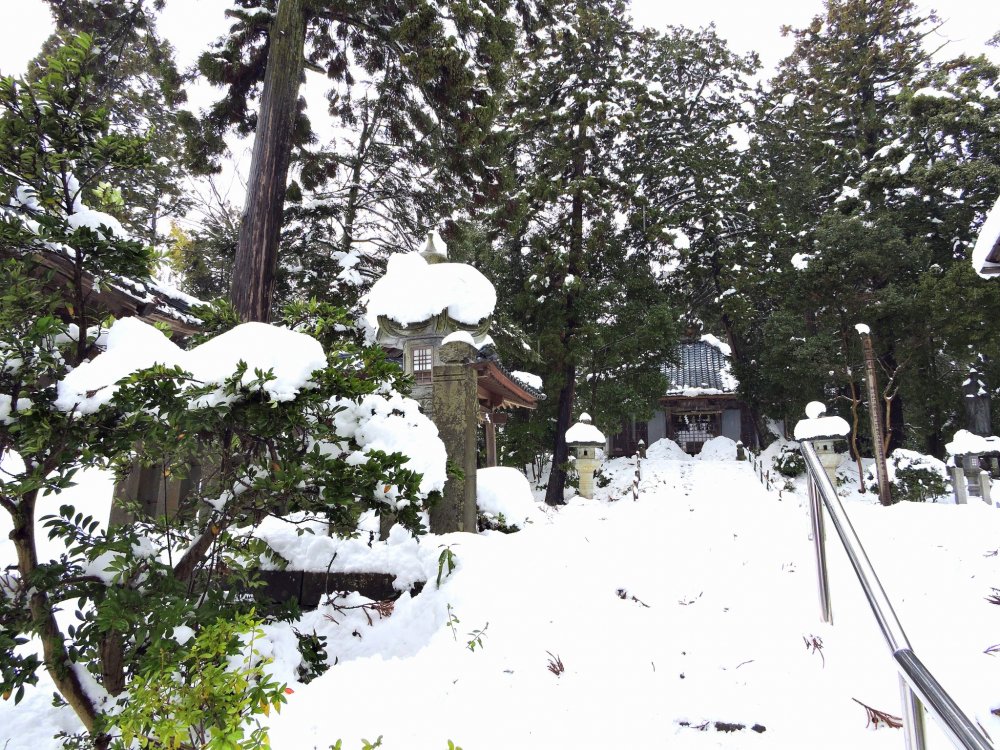 The stone stairs to Taichoji Temple were all buried in snow 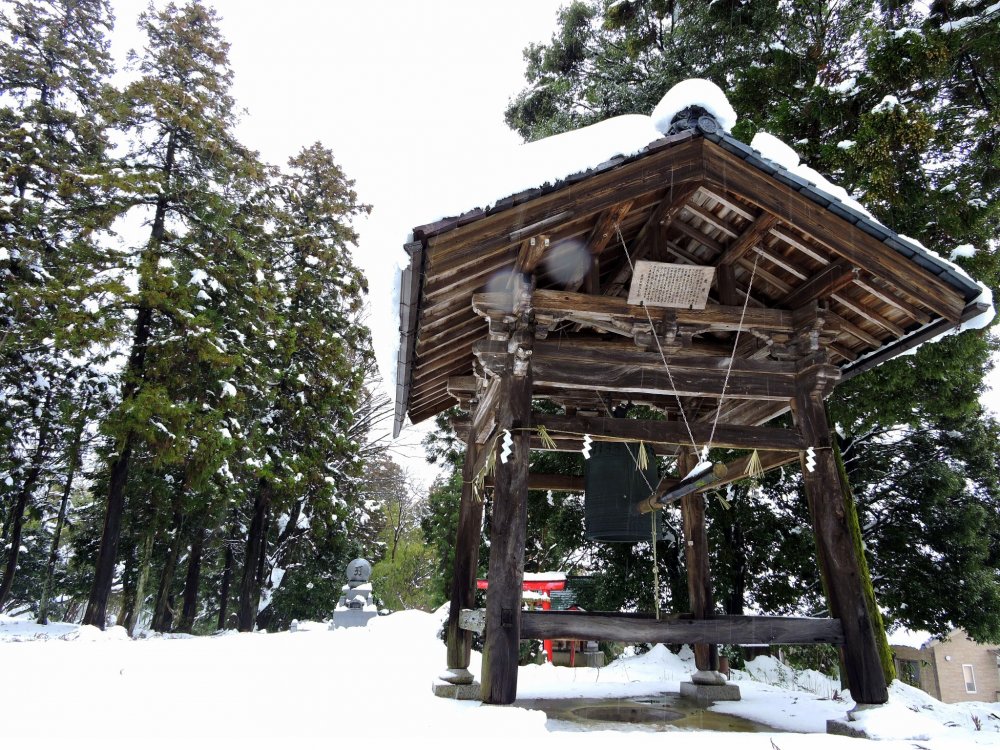 Belfry at the entrance of Taichoji Temple 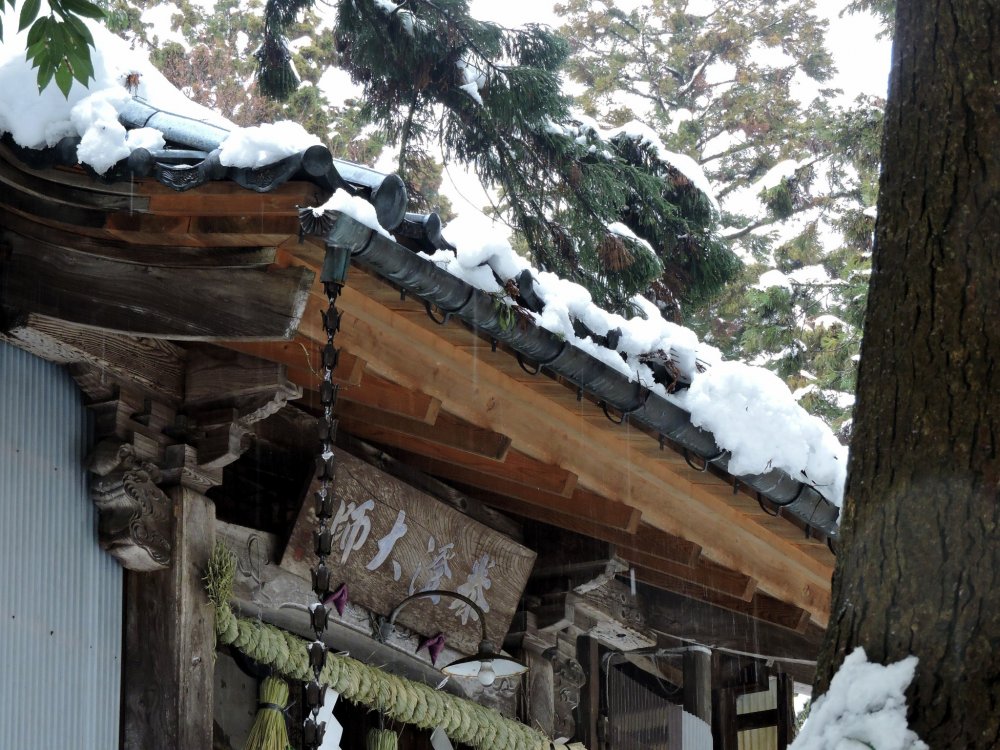 Main hall of Taichoji Temple in a sleety rain 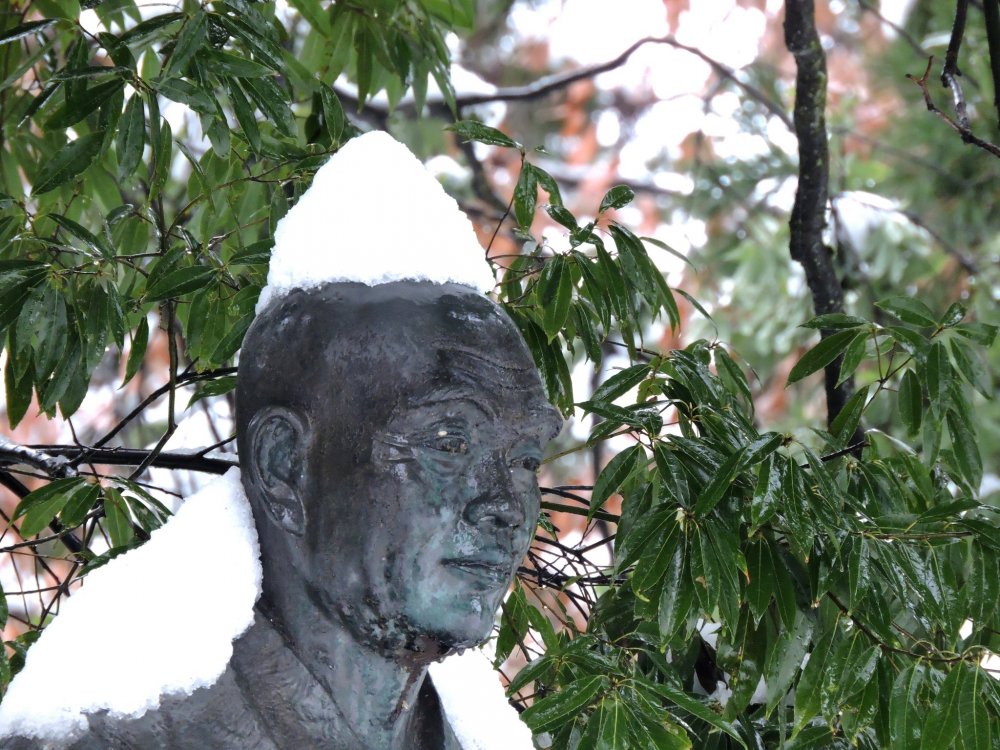 Close-up look at the snow-capped statue of the monk Taicho. Come rain or come snow, his face is always serene. 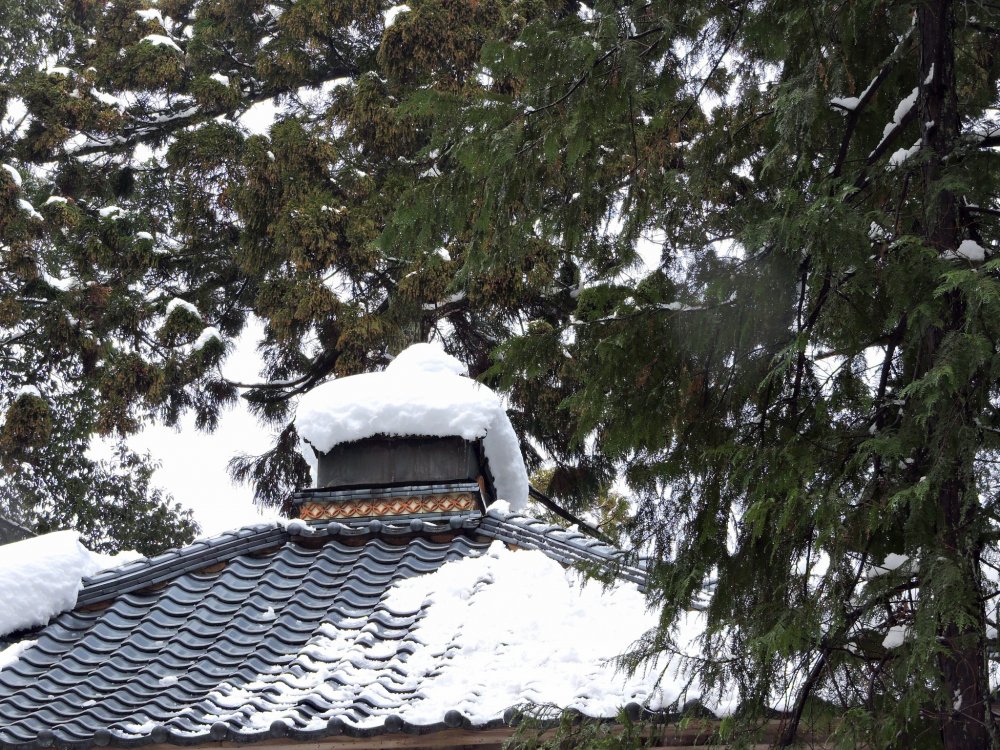 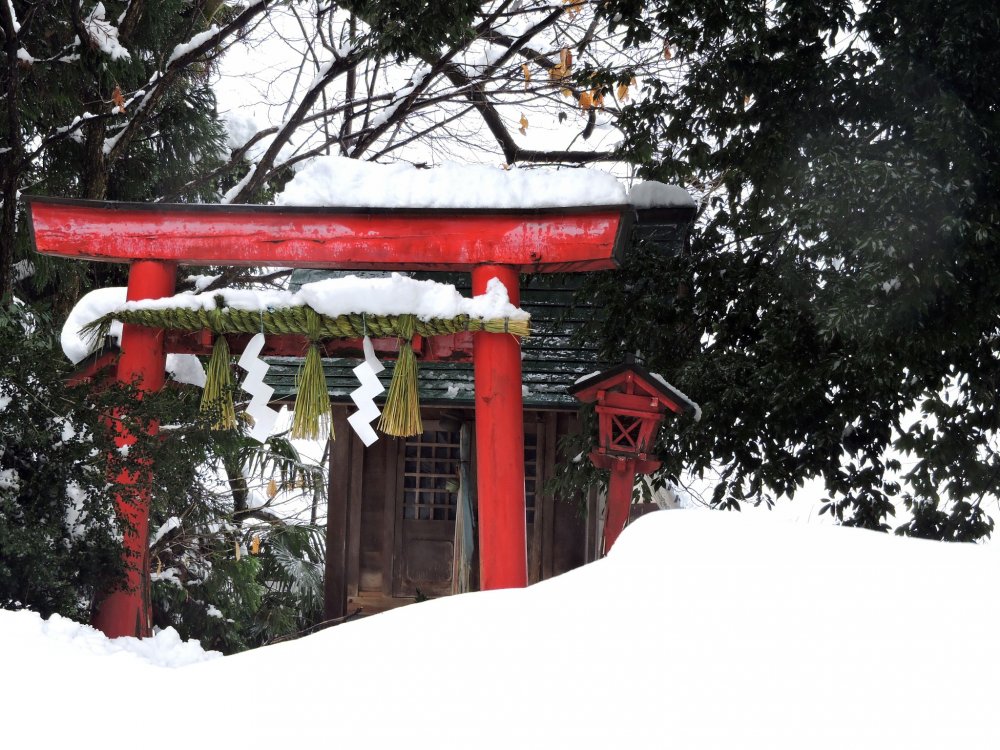 Red torii gate of a small Fox Shrine on the temple grounds half buried in snow. Snow blocked me from getting closer to it. 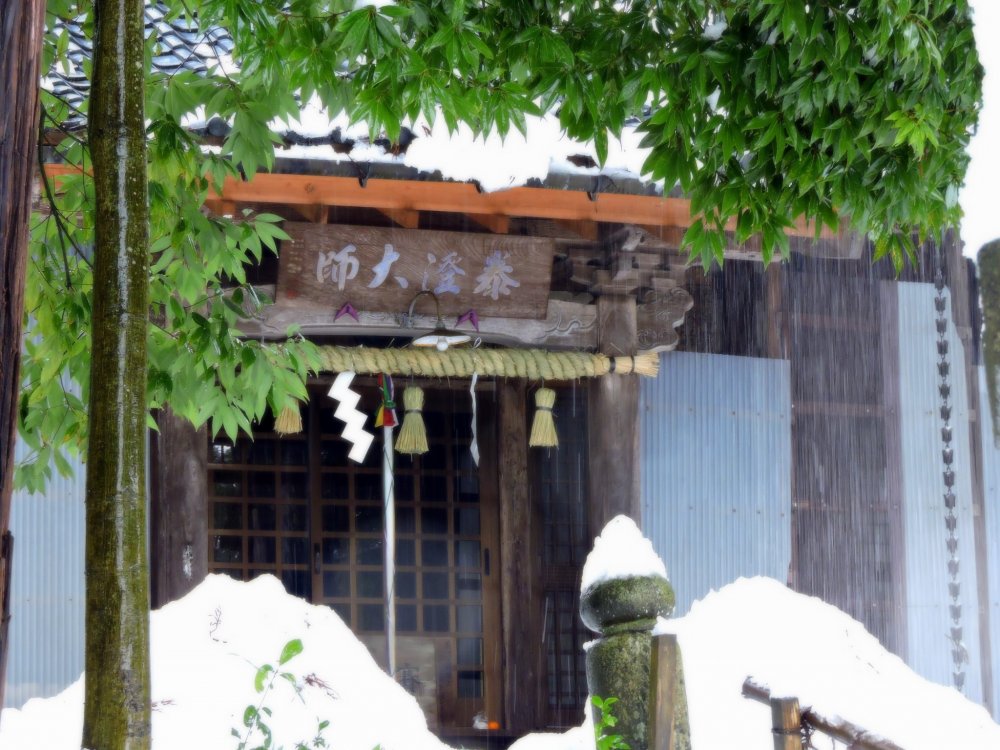 I couldn't get closer to the main hall either 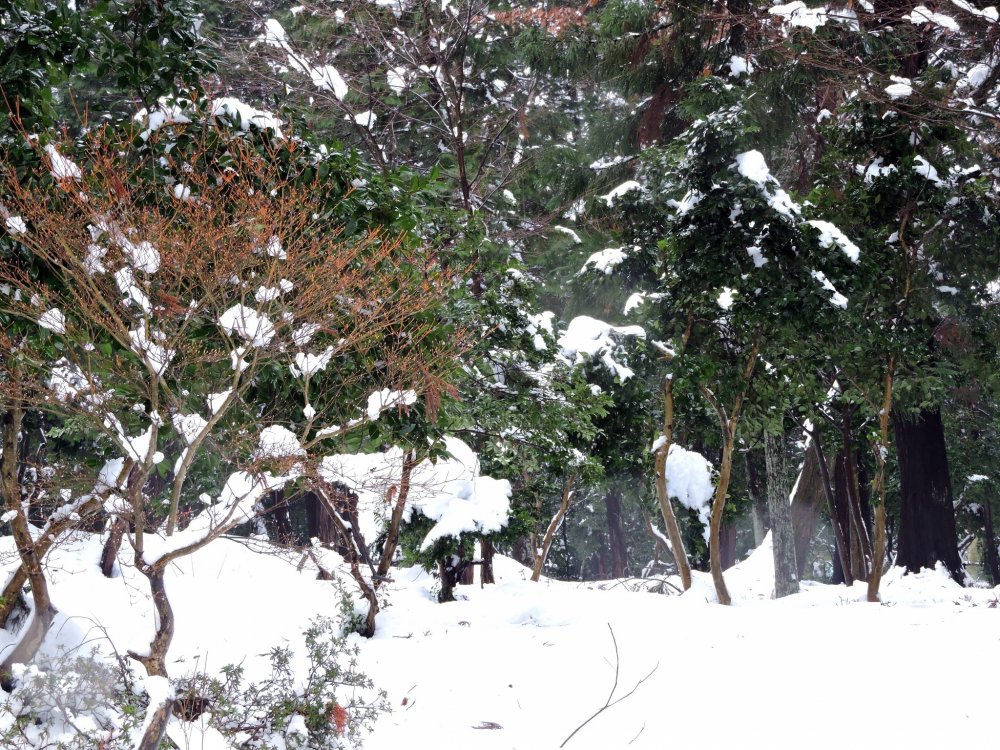 Snow-covered trees in the temple grounds 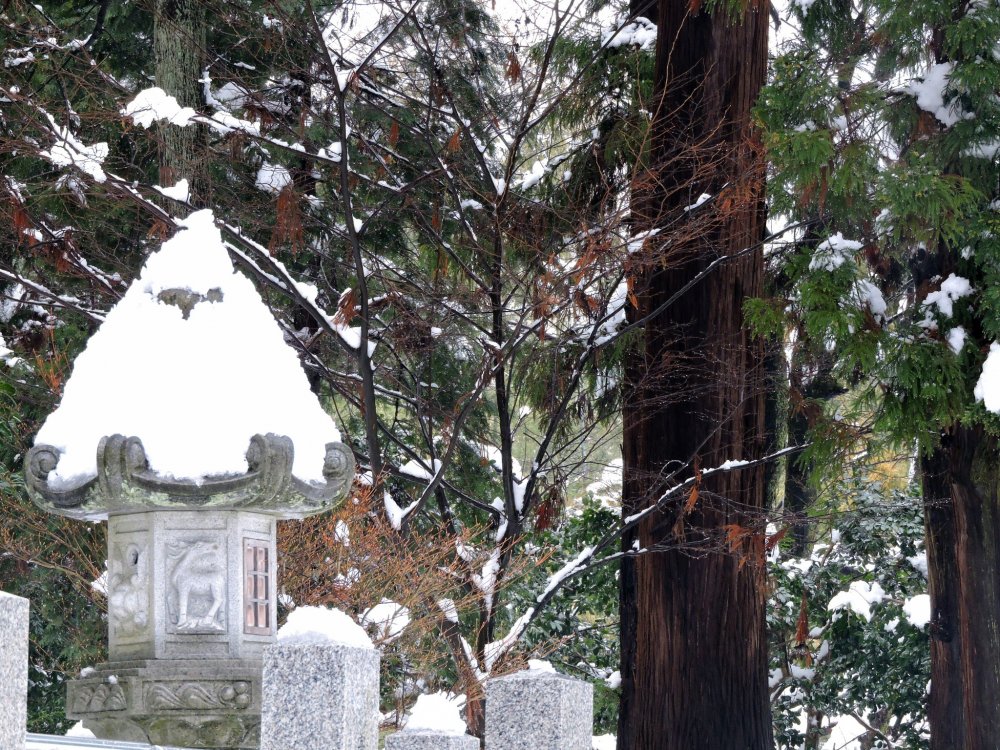 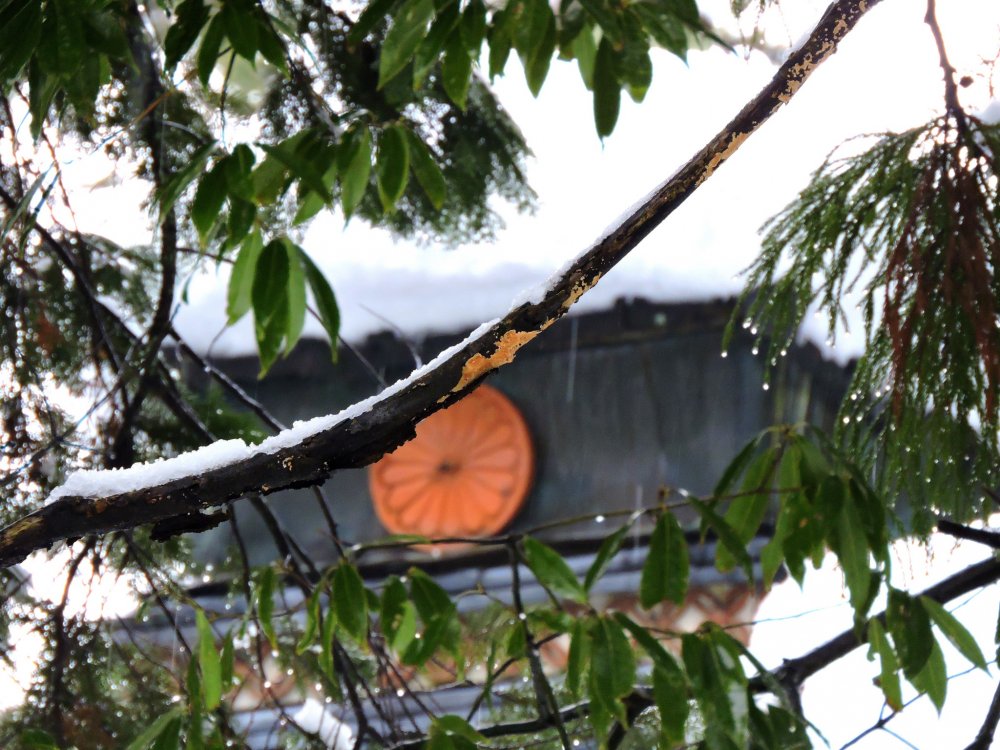 Trees droop in the sleety rain 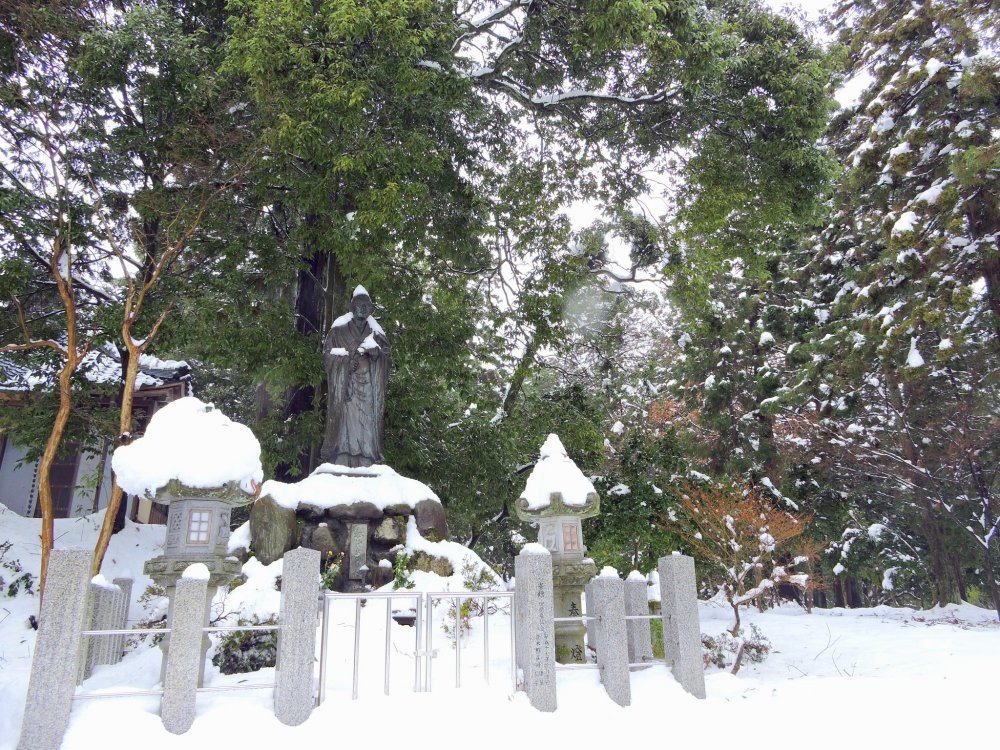 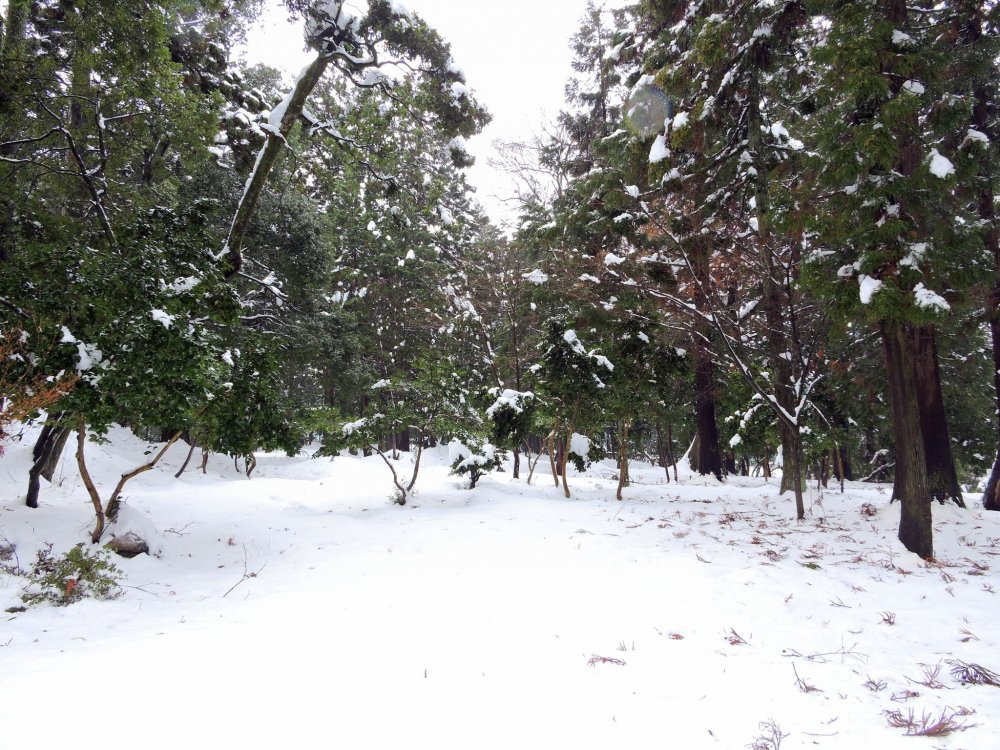 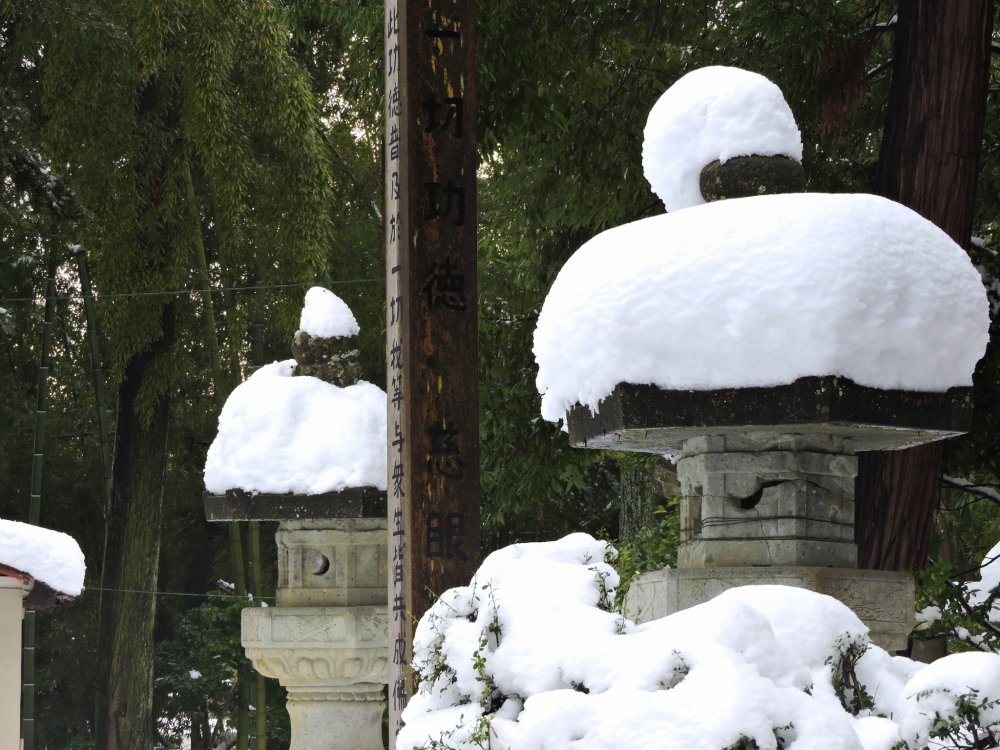 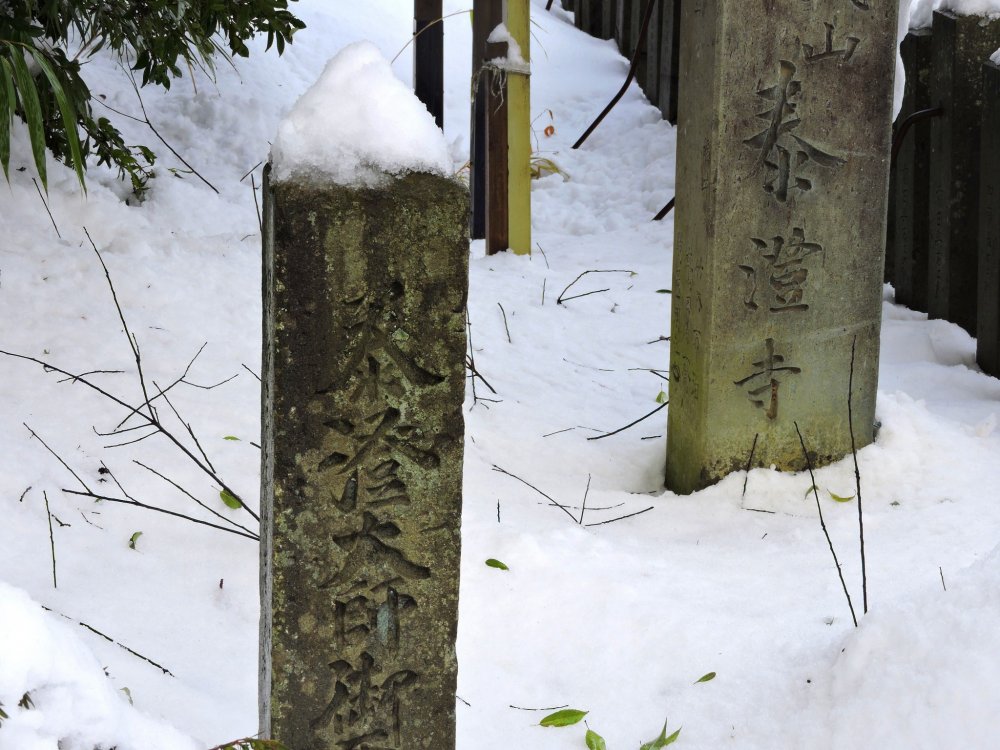 Stone marker of Taichoji Temple at the entrance 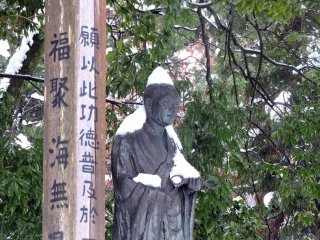 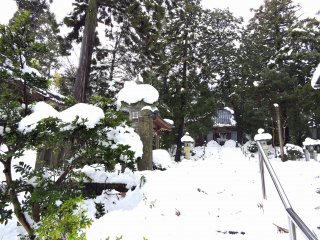 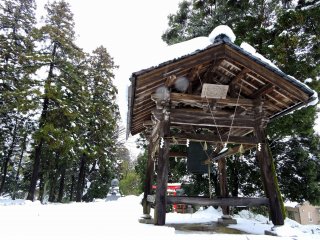 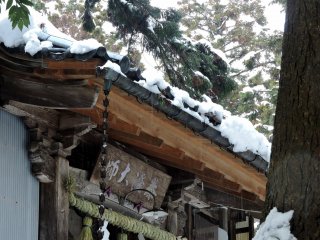 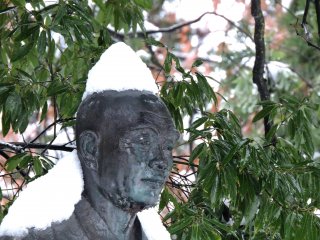 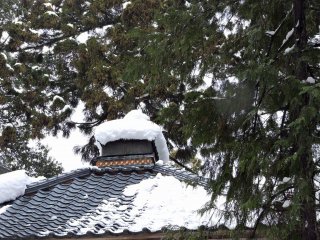 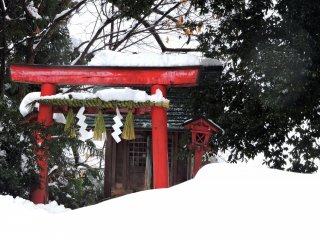 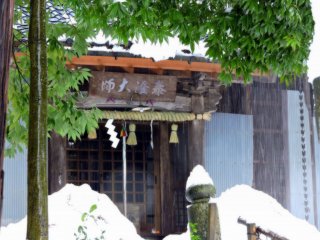 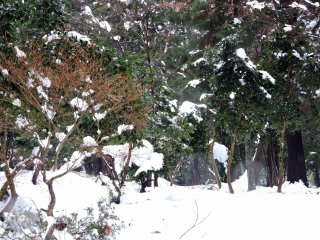 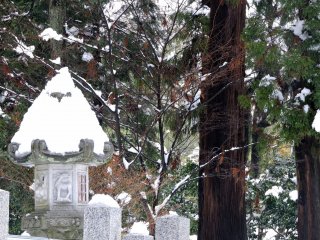 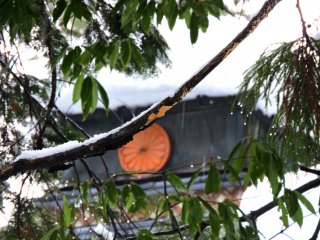 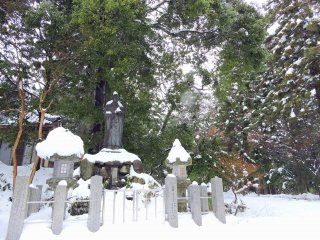 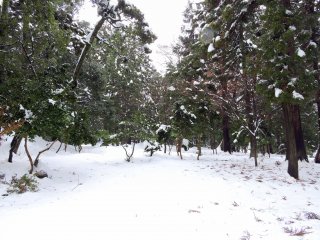 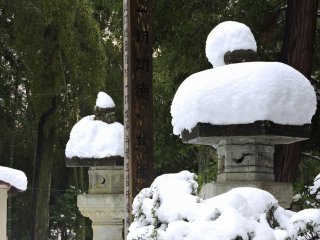 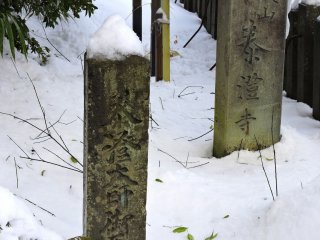 On January 3rd this year, we had a miraculous sunny day in Fukui, so I ventured out to take some photos at Taichoji Temple, which I also visited in early October last year. However, by the time I reached the temple, the whimsical Fukui weather changed, and I ended up taking photos in a cold, sleety rain. Furthermore, as this temple is generally unknown, nobody had stepped in the snow, meaning, I had to MAKE the pathway with my own legs to explore the snow-buried grounds. However, once I stepped in the knee-deep snow I couldn't move, so I twisted my upper body like a clumsy robot while squatting in the same position, which resulted of course in a severe muscle pain afterward. But I was just happy to see one of my favorite temples in white snow!