Learn about this pioneering visitor to Japan

In Japanese history, the 1860s marked a mighty turning point. In 1868, the Edo era ended, bringing a close to nearly 300 years of almost total isolation from the rest of the world. In the years that followed, rapid social change was accompanied by an influx of western culture, industrial methods, and people.

One of these people was William Elliot Griffis, an American educator who'd become acquainted with Japan through tutoring a young samurai called Kusakabe Taro at his university in New Jersey. Griffis was invited to Japan to teach in Echizen province (now part of Fukui prefecture), arriving in 1871.

The Griffis Museum is a recreation of the home built for Griffis in the city; while the exterior is true to the original, a lack of records means that the interior is an approximation rather than an exact replica, typical of the time. It's a charming place that gives interesting insights into the life of a visitor to a completely unknown land.

Near the entrance are portraits of Griffis and Kusakabe, which surprised me by talking to me! They're actually digital animations, which give visitors the outline of their lives, the two men chatting and reminiscing with each other in a way that I found completely delightful. They speak Japanese, but English subtitles allowed me to understand the conversation.

It's not a big place, but it's pleasant to stroll around, looking out from the veranda, taking in the period atmosphere, imagining elegant evenings with Griffis hosting his students. All around the house there are displays of books and documents from Griffis' life, and fascinating photographs, harking back to a world so very different from the one we live in now.

The museum is about 10-15 minutes' walk west from JR Fukui station. It's open daily from 10:00am to 7:00pm (6:00pm in winter), with a closure of roughly one week over the New Year holidays. Entrance is free. 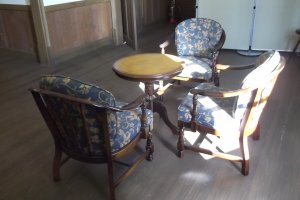 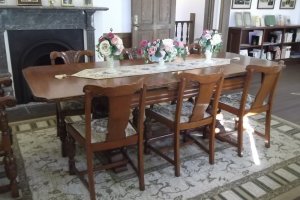 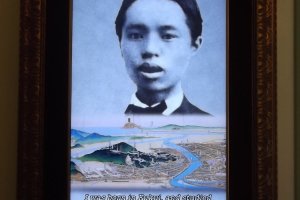 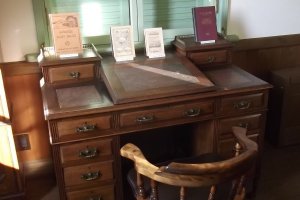 Elizabeth S 11 months ago
The digital animation with audio is impressive. That's a clever way to present the historical figures.
Reply Show all 0 replies

Kim 11 months ago
Such a charming architectural style.
Reply Show all 0 replies
2 comments in total