5 Flower Parks to Visit in Kyushu

Japan is blessed with an array of different flower parks from the top of the country to the bottom. If you find yourself visiting Kyushu, the southernmost of Japan's four main islands, here are five great ones to check out!

Oita's Kuju Flower Park has been growing in popularity over recent years due to their incredibly photogenic floral displays. During spring, the flower fields here are planted like a patchwork quilt, with different varieties and colors of blooms scattered across the grounds. The best time to witness the patchwork field effect is during late April to late May - pop it on the bucket list!

Opened in April of 1977, the Kawachi Wisteria Garden has become a firm favorite during spring in this part of the country. There are 22 different varieties of wisteria found across the grounds, and a section comprising of a 110-meter long wisteria tunnel which is every bit the Instagrammable delight. An added bonus for those who prefer autumn to spring: there are 700 maple trees through the park, meaning the fall foliage is pretty spectacular, too.

If you're seeking a flower park with enough to keep the rest of the family entertained, Nokonoshima Island Park is a great option. The park has various playgrounds, a mini-zoo, grass sledding, pottery classes, and more - you can definitely make a full day out of your time here. As for the flowers, spring has sakura, poppies, and marigolds, summer has incredible hydrangeas and sunflowers, autumn has cosmos, dahlia, and changing leaves (koyo), and winter boasts Japanese narcissus, plum blossoms, and camellias. That's not the entire list, either!

Located on the southernmost tip of the Satsuma Peninsula, Flower Park Kagoshima has a range of plants for visitors to enjoy that come from all around the world. The flower plaza area has views of the Kaimondake volcano in the background, and there are also indoor greenhouses and a western-style garden among many other beautiful displays.

Uminonakamichi Seaside Park covers a space of around 300 hectares, and there's something beautiful to enjoy here no matter the season. From vibrant yellow canola flowers to Japanese narcissus, celosia, tulips, and more, it's a captivating, colorful delight year-round. Speaking of colors, one of the most popular displays here are nemophila, or baby blue eyes, which blanket the ground during spring. 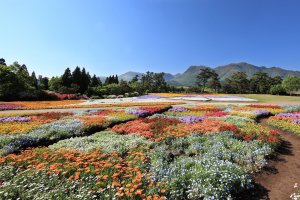 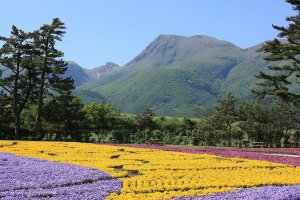 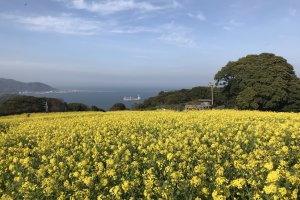 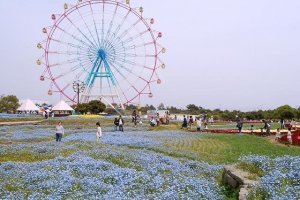 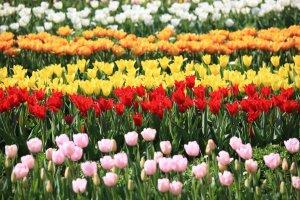 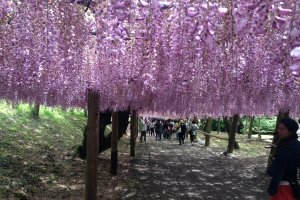