Bairin-ji is the closest temple to Kurume Station—only a very easy five-minute walk away. I visited the place with a group. After we met in front of the train station, the first thing we discovered was a huge tire monument: Bridgestone Corp. has its origins in Kurume.

Our main purpose on this visit was to see the plum blossoms, which give the temple its name (literally, “the temple of the plum blossom grove”), but unfortunately we missed the full bloom and there were only a few flowers left when we arrived. The time to see the plum blossoms is usually from middle of February to middle of March. We went on March 2 and it was a bit late. The timing of the blossoms varies from year to year, so I suggest visiting by the end of February to see them in full bloom. If you are considering going at the end of March, Bairin-ji is also good for seeing cherry blossoms.

Nevertheless, the temple has a charm beyond the flowers, and there are lots of other treasures to discover. There are some very impressive statues around the temple, if you like Zen Buddhism, then they are for you.

The temple remains active today. We were very lucky and talked for a few minutes with one of the monks. Unfortunately, we were not allowed to take pictures of him, but we had a short look into the backyard and got an impression of what it’s like to live a live as a monk. Many Buddhist monks from Kyushu choose to do their training at Bairin-ji, which is known for its ascetic training program for the Rinzai school of Zen Buddhism.

Our time at the temple was very enjoyable; the temple is known for its peacefulness even among the local people. If you go to the back of the temple you will see some tombs, this is very common for Buddhist temples in Japan.

I would recommend visiting this temple to everyone who is planning to go to Kurume or has some time left over in Fukuoka. It is not that crowded compared to other places, but for sure it’s worth seeing. The buildings and statues are beautiful and if it's the right season then the plum blossoms are going to be a fantastic highlight.

It's only a five-minute walk from Kurume Station. 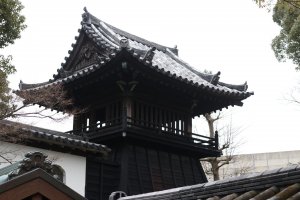 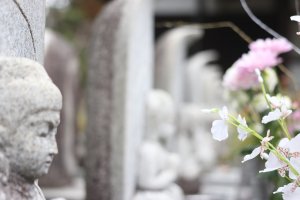 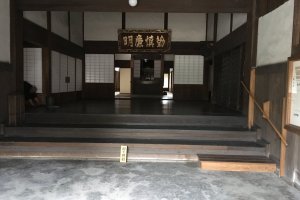 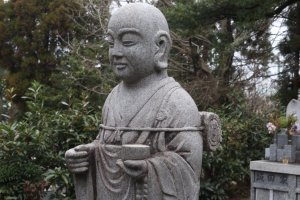 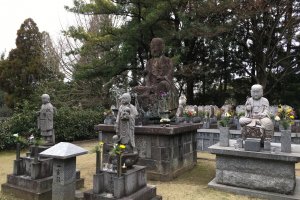 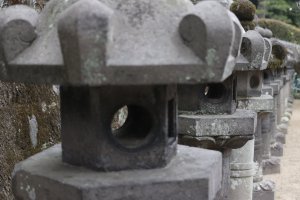 Kim 2 years ago
I love plum blossoms...when I lived in Tokyo for several years we had a tree right outside our house and it was so beautiful when it was in bloom.
Reply Show all 2 replies

Sleiman Azizi 2 years ago
I'd say they are underrated. Cherry blossoms tend to get the lions's share of the spotlight but plum blossoms are no slouch.
Reply

Silvio Author 2 years ago
I love plum blossoms too. Hope we can see them next year in full bloom at the Bairin-ji Temple! Would be fantastic having one right in front of house ;)
Reply
3 comments in total