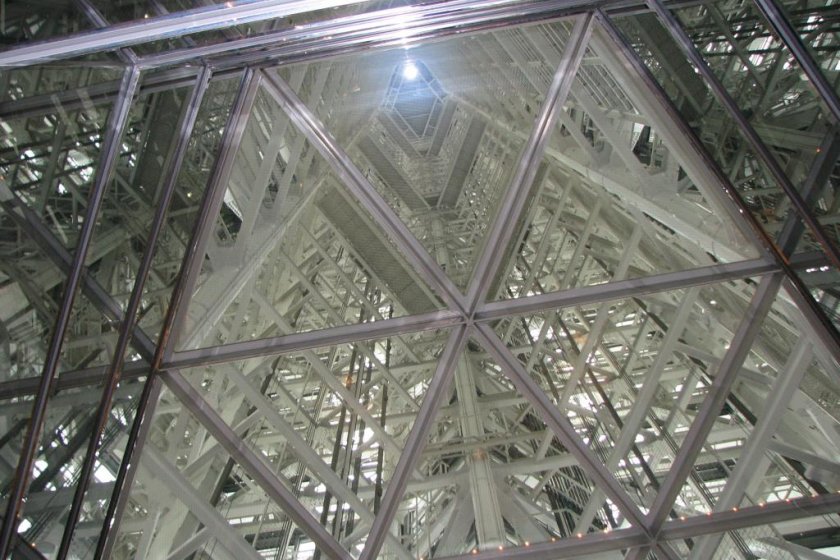 Featured In 1994's "Godzilla vs. SpaceGodzilla"

Featured in 1994's Godzilla vs. Space Godzilla, Fukuoka Tower is the highest seaside tower in Japan. The Tower stands 234 meters tall and the observation room is at 123 meters above the ground, offering spectacular 360-degree views of Fukuoka City, offshore islands and Hakata Bay. This is the symbol of Fukuoka City.

In Godzilla vs. Space Godzilla, the latter beast was utilizing Fukuoka Tower as a conduit for his cosmic energies. It was up to Godzilla, who was aided by Mogera, to stop him.

Fukuoka Tower was completed in March 1989 at a cost of 6 billion yen. It was designed by Nikken Sekki and the construction took 14 months. The Tower is designed to withstand wind gusts up to 63 m/s, but the strongest wind recorded so far was only 49 m/s. It is also designed to withstand a magnitude-7 earthquake, while the strongest recorded earthquake to date in Fukuoka has been a magnitude-6.

Although the above-ground weight of Fukuoka Tower is just 3,500 tons, the underground weight is 25,000 tons. This bottom-heavy construction provides the Tower with great stability.

Fukuoka Tower, with a triangular cross-section, is covered with 8,000 half-mirrors, which gives it the nickname of "Mirror Sail."

Besides the 123-meter observation room, there is also a cafe lounge (120m) and a lower observation room (116m). During different holidays and seasons, the Tower is illuminated in spectacular lighting at night. In July/August, the theme is the "Milky Way"; for Christmas, there are lights shaped like Christmas trees; and for Valentine's Day hearts illuminate the sides.

The facility's staff apparently had no idea that Fukuoka Tower was featured in Godzilla vs. Space Godzilla until I told them. I joked that they nicely re-built the structure after Godzilla had knocked it over. This was met with wide-eyed blank stares. I then had to explain the movie and the situation involved to them. Perhaps their minds work too literally.

Admission to Fukuoka Tower is 800 yen for adults (though I was able to obtain a discount card from my hotel, which lowered the admission to 640 yen), 500 yen for students and seniors, and 200 yen for children under 4 years of age. For additional information on Fukuoka Tower, log onto https://www.fukuokatower.co.jp/.

If you go to Fukuoka City, make sure you visit Fukuoka Tower.

Find out more about Fukuoka Tower. 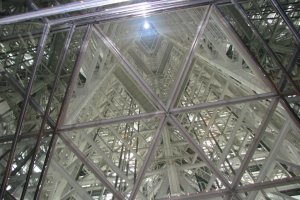 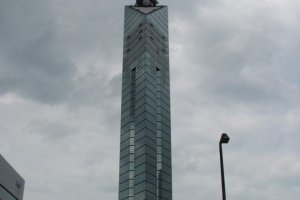 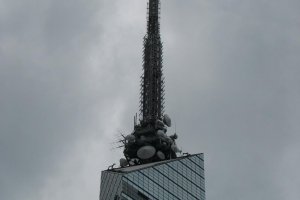