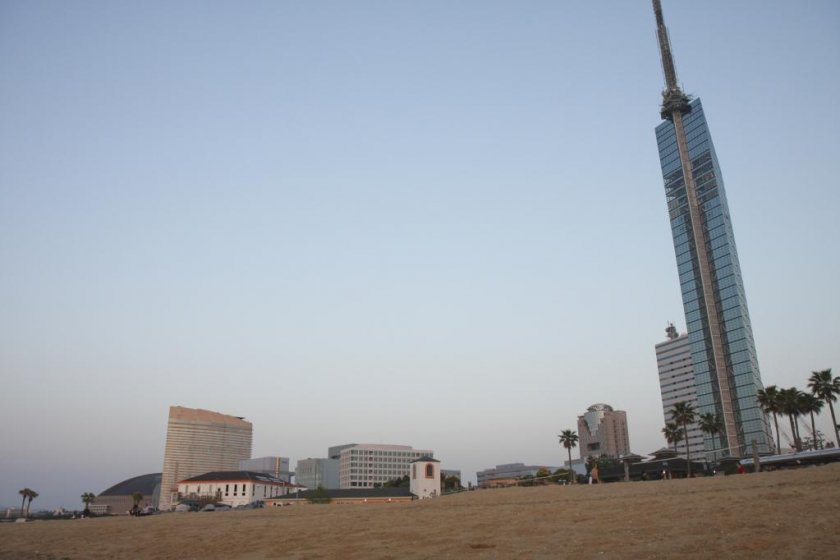 A beach that keeps the city vibe

I can't say that Momochi Beach sticks out in my memory as an exotic or heavenly beach. I mean, think about it - it's a man-made beach right on the edge of the city. Sounds like it would be boring and polluted, but in actual fact, it's a very popular location to spend time with friends, family or loved ones. I only went once but I do remember having a great time.

A group of us had decided to spend the afternoon at Momochi Beach to kill some time while waiting to go to a party that night in Tenjin. Well, there's one good point already. The beach is right next to the city. Very handy indeed. We walked from the bus station through the Momochi area - which looks superb by the way - and walked past the grand Fukuoka Tower, unveiling an open view of the sea. It's quite an interesting feeling actually. One minute you're still in the city atmosphere, the next minute, nature (well, the sea anyway) drops right in front of you. The city vibe stays with you.

It took a while to get used to the surroundings. The sea, a flat beach, the dome, the Hilton, Fukuoka Tower - a blend which felt unsettling at first but became more and more appealing. The crowd was also a mixture. It ranged from families and couples to groups of students showing off their abs and bikini-clad bodies.

The beach is reasonably wide so we didn't have a hard time finding a spot to lay down our towels. It was very flat and we were able to comfortably play either beach volleyball or frisbee. For some reason, half of us didn't bring swimwear because we thought we'd just relax and pop open a can of beer. But like anyone, our child-like instinct was to run out into the open sea. That's when we found a group of shops selling the usual beach equipment where some of us found what we needed to swim in. The market-like area was bustling. Small shops and food stalls were set up around a stage where a group of what I can only assume were an AKB48 look-alike band, danced under the scorching sun. There were also restaurants dotted around with open terraces which I imagine are romantic places for dates in the evening.

Our bodies were beginning to fatigue from the immense heat so we plunged into the cooling water. I can't say I remember the water being crystal clear, but again, what do you expect being so close to the city? It was a splendid feeling though. I floated on my back for a while, staring at the skyline - a blue sky, lined by Fukuoka Tower and its fellow giants. The only other place I can imagine seeing this would be somewhere on the shores of Dubai.

Anyway, I do regret not going back there before I left Fukuoka. I think it would have been an exciting place to hang out with the local city guys and girls while also joining in on the events like the one with the AKB48 look-alike band. (Obviously If you're a city guy or girl, I highly recommend going there if you don't fancy venturing into the countryside.) It's a great beach to cool off and kill some time. That's not to say that families and the elderly shouldn't take a trip there. Everyone is friendly and there's plenty to do for everyone.

I was born in Osaka, to a Scottish mother and a Japanese father. Lived there for 3 months, then moved to England for 2 years. After that I lived in Düsseldorf, Germany, for 5 years, then moved back to England. In 2010, I spent a year at Kyushu University, Fukuoka. As well as contributing to JapanTourist, I'm currently working in UK-Japan trade, Jpn-Eng translation and democracy promotion. I'll eventually return to Japan to teach English. While in Fukuoka, I enjoyed heading out to town to either Xaymaca or Bourbon Street (my 2 favourite bars), slurping on Hakata ramen at a yatai and cycling around the quiet rural areas. Japan has always been special to me and Fukuoka is like a second home. Although I'd like to see Fukuoka remain the same (not too quiet, not too busy), I want everyone to go and experience how amazing it is. I look forward to sharing my many adventures of Fukuoka. ADDITION: I recently moved to Ibaraki Prefecture so expect to see plenty on Ibaraki added to my memories of Fukuoka. 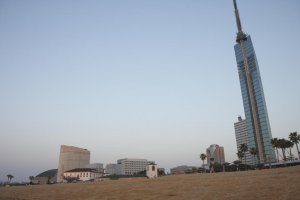 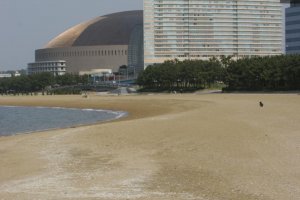 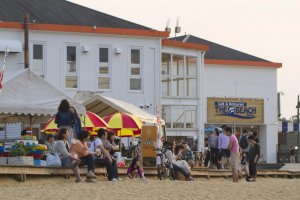 Tristan Scholze 8 years ago
Nice article! The restaurants and cafes at Momochi Beach are worth a visit any time of year. There's a lot to see at any time, too. Lots of folks jogging or walking their dogs starting at dawn and people fishing on the piers at the ends of the beach as well. Especially in summer, it gets crowds at night, too. Besides having the beach, there's also the backdrop with Fukuoka Tower lit up as well as the Hilton and dome. A great place for taking pictures or just hanging out in the city.
Reply Show all 0 replies
1 comment in total