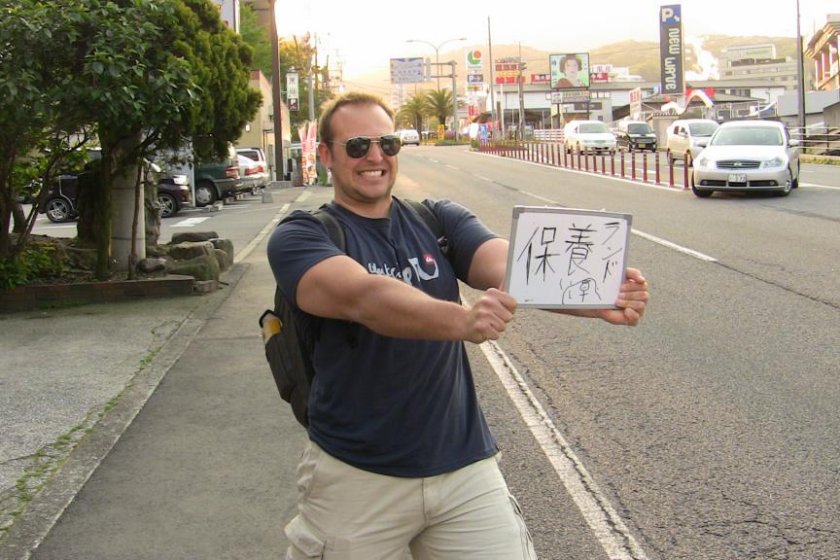 After traveling to fifteen countries, I never imagined that hitchhiking around Japan would become possibly the greatest and most inspiring vacations of my life. Having never hitched before, I really had no idea of what to expect in the seven days ahead. Most friends and family thought I was rather nuts, less a few of my closest mates, Jason, Dan and Regina. So with a day’s lead on Golden Week, the four of us piled in my car and hit the road.

With nothing more than a backpack, the four of us set off South from Shimane prefecture to Kyushu, where we would begin our hitchhiking adventure. Our only plan was to visit all its seven mainland prefectures and to meet up in the exact point of origin, seven days later. The only restriction: no funds could go to transportation. While I could write a book on the adventure (would you read it?), I’ll stick to the basics to help you prepare for yours.

Jason and I paired up and stood opposite Dan and Regina on a random intersection in Kitakyushu. We’d brought a white erase board and marker, so drivers could easily see our intentions. It wasn’t until now that I began to wonder how this week would pan out. “Wow, would if no one picks us up,” I thought anxiously. But within ten minutes, a young couple pulled over and off we went! The driver, arms heavy with jewelry, mentioned having to make only one quick stop, before taking us to Fukuoka City. The stop, as it turned out, was to do a cash money handoff. What a start!!! Afterwards, he bought us dinner and took us, as promised, directly into Fukuoka City.

After arriving, we found an affordable hotel, and explored the city’s nightlife, deciding that in each city, we try any locally famous food or drink. In Fukuoka, we tried Hakata Ramen, a delicious way to fill our stomachs. The next day, three different drivers took us all the way to Nagasaki, and Jason was only run over ONCE by a crazy driver. So far, par for the course, really. We took turns communicating in Japanese and English with the curious drivers. Each had their own special story, too. Each rather loving and caring for two complete strangers, from foreign lands.

We got advice on where to stay, what to eat and driven each time to the doorstep. One young couple on their first date circle around to introduce themselves and see where we intended on going. After smiling at each other, they told us to hop in. Though originally setting off for a 5km drive, they would on that day, end up taking us more than 200km one way, from Oita City to Miyazaki City.

We bought them dinner, a local fried chicken dish, and said goodbye as they turned around. On the city outskirts, within two minutes, another car, this time a family of four, pulled over and made room for Jason and I.

The next night, a couple on their third date overheard us talking and chimed in, letting us know how impressed they were at our “drinking skills”. All too happily, we invited them to our table and spent the rest of our evening dining together. When we left to pay, our new friends had already settle the tab. The night carried on with them and was followed up by an offer to drive us to our next goal, Kumamoto. 8am on the dot and they were ready and waiting for us outside our hotel.

Looking back on that day, I remember a moment, as we left Kumamoto Castle, I simply stopped and thought “What I am doing here is special. This isn’t ordinary. Thank God, I’m so lucky to be here”.

We all still keep in touch, and quite astonishingly, that couple, Shin-san and Mitsuko-san, got married one year later. Love is truly all around Kyushu.

Living in any place, foreign or native can wear you down. And living in rural Japan is no different. It was on this trip that I remembered why my parents took me abroad in the first place, to make new friends and gain life experience. This was the overall theme of our adventure. Meeting real people, in new cities. They don’t know it, but each of them changed my life that week. We met Dan and Regina as planned, each pair certain their experience was the absolute best. An argument that will no doubt stand the test of time.

Hitchhiking in Japan is a sort of “choose your own ending” storybook. Depending on which corner you stand, which direction you face, and who is inclined to stop, the next step is completely unknown. What a rush I get looking back on this trip! What an ache in my stomach for wanting to do it all again. Good luck to anyone brave enough to give hitchhiking Japan a go! And please let me know if you do.

Thankfully, hitchhiking is legal in Japan, but there are some laws you should live by.

My Japan story starts from a rather young age. When I was nine years old, my Father was offered the opportunity of a lifetime, a transfer to Tokyo. I attended the American School in Japan (ASIJ) for three years before moving to Singapore for two. I absolutely LOVE traveling and experiencing different cultures. So, my love for Japan is routed deep in life experience. After studying Japanese and visiting a Fraternity Brother in Tottori prefecture in 2007, I applied to and was accepted into the JET Programme, which sent me back to the Chugoku region to Shimane prefecture for one year. I am now based in Atlanta, GA and spend summers on the island of Martha's Vineyard. Over the past few years I've traveled back and forth to Tokyo, even living there during the March 11 earthquake. It was a trying time, but it only bonded me tighter with this island nation and it's people. Please keep up with me on twitter and feel free to contact me however you see fit! Cheers, Adam Hacker 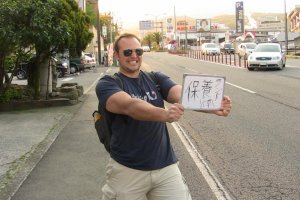 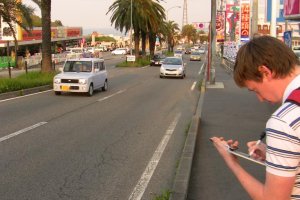 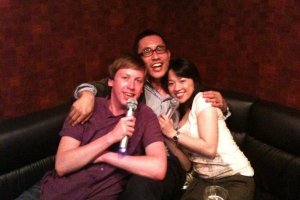 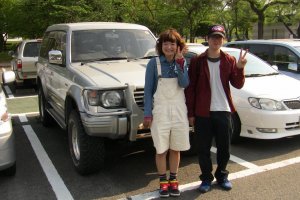 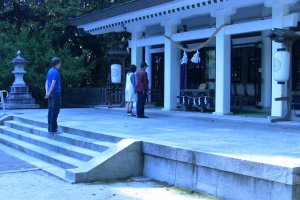 JapanTravel Guest 8 years ago
Adam, this is an awesome and inspiring article. I used to hitchhike as a teenager, and got around the world this way, but it sounds like Japan is paradise compared to some of the places I wound up getting stuck at. Great example of what sets the Japanese apart: trust and willingness to share.
Reply Show all 0 replies

We are actually planning to hitchhike Kyushu this August, so I was wondering where exactly did you manage to go during that week? Also, did you try to travel cheap and spent ￥10,000 /day or did you sleep in hotels and ate in restaurants a lot?

Thanks a lot! Looking forward to your next article.
Reply Show all 0 replies

Adam Hacker Author 8 years ago
Amber, that's wonderful!! I'm so glad you tried it :) That is a long trip, too! You should write about your own hitchhiking experience on Japan Tourist. Tell everyone!
Reply Show all 0 replies

Amber Mezbourian 8 years ago
Thought I'd update to say that, although my friend and I didn't hitch hike the whole way round Kyushu, this article did inspire us to try it for a day! Within five minutes, we'd been picked up by two young guys on their way home, and got a free ride from Beppu to Miyazaki (the long way round, via Kumamoto). Along the way, they paid for us to visit a suspension bridge with awesome views, treated us to lunch, and wouldn't accept any petrol or toll money. Amazing experience! I would totally recommend giving it a go - people here are so friendly. :-)
Reply Show all 0 replies

Adam Hacker Author 8 years ago
Kyle: Glad to have another Hitchhiker on Japan Tourist!! Well done on your trip to Tokyo! How was it getting back to Hachinohe??

wouter: Thank you and yes, Karatsu Castle is amazing!! Gorgeous surrounding area, too. Yes, I should write a feature on it, for sure :)

Amber: Thank you ver much for your comment. It is always about the people. Enjoy Kyushu and please let us know if you end up hitching a ride!