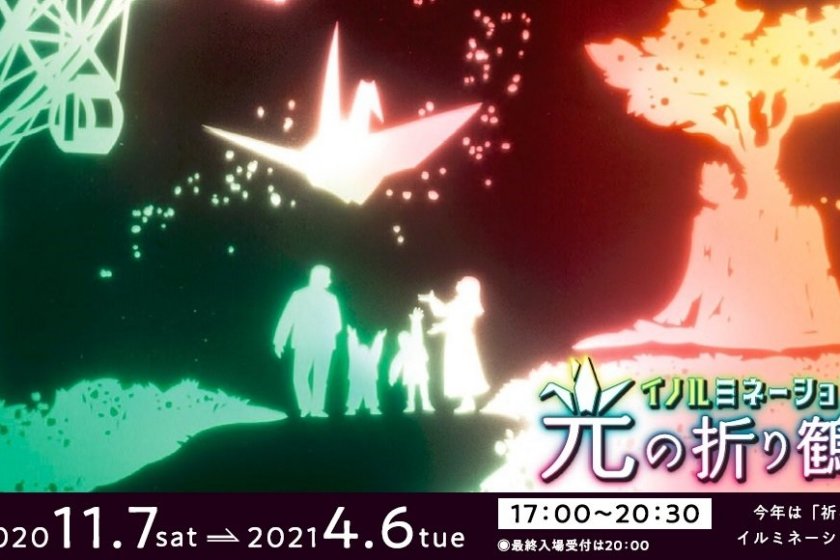 Enjoy this seasonal display of color and light

As the colder months arrive in Japan, a variety of illumination events start popping up on the calendar. A beautiful one at Fukuoka's Kashii Kaen Sylvania Garden is a spectacular display of color, and this year's event focuses on paper cranes. A variety of origami crane-shaped lights in various shades are illuminated after dark, creating a magical, dreamlike scene. There are also several rides for visitors to enjoy, including a ferris wheel, forest railroad, and a merry-go-round.

Admission to the event is priced at 1100 yen for adults, and 700 yen for children. Do note that the venue is closed every Wednesday and Thursday, and they will also be closed on December 31st, January 1st for the New Year's Holiday.

Kashii Kaen Sylvania Garden is located just two minutes on foot from the Kashii Kaenmae Station, which is served by the Nishi-Nippon Railroad's Nishitetsu Kaizuka Line.

For those who plan to drive to the venue, paid on-site parking is available at a cost of 300 to 500 yen depending on your vehicle type. 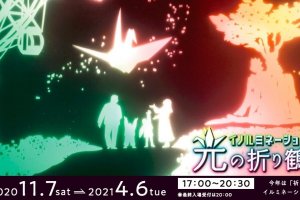 Elena Lisina 3 months ago
I like tsuru and can make it! That illumination sound great and I bet it looks great!
Reply Show all 1 replies

Kim Author 3 months ago
There are some great photos of it on Instagram already! :)
Reply
2 comments in total