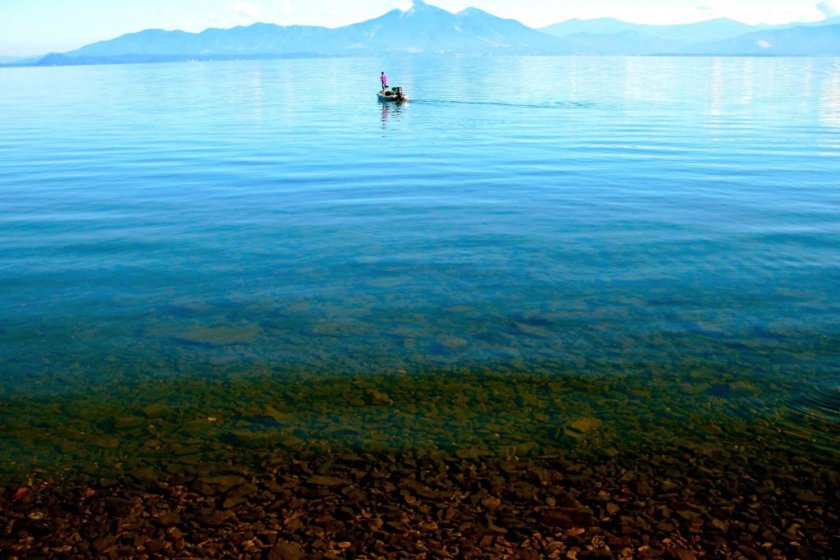 It was late in the evening, long after the sun had gone down, and we’d been driving for hours along quiet country roads through rural villages, until the car finally pulled up at the side of a lake; the moonlight reflecting off of the water, and the forest forming a silhouette against the star lit sky. My partner and I had set out on a hitch-hiking journey from Tokyo to Sapporo, and a couple of hours before arriving at the lake we’d asked our friendly driver to drop us off anywhere nearby that we’d be able camp.

After the car had driven away, we found a spot to pitch the tent amongst the trees. Not far away was our only other company; close enough for us to hear the sound of merry laughter, and the crackling of their glowing campfire, with the smell of food drifting over to us. After a long day, and with little light, it didn’t take long to fall asleep.

The following morning, I woke up early as the bright sunlight glared down through the trees, and a chorus of birds sang overhead. It was only moments later, as I upzipped the front of the tent, that I was met by the most unexpected, unforgettable panorama of the vibrant blue Lake Inawashiro – its still water sparkling in the early morning light. Walking to the water’s edge I was suddenly so grateful to the kind stranger who’d brought us to the lake – without him we would never have known what we could’ve missed as we passed through this region. With plenty of time before moving on, we had an early morning swim in the crystal clear water, and I was able to explore the lakeside, camera in hand.

Lake Inawashiro, the fourth-largest lake in Japan, is in the centre of Fukushima prefecture, and is also the main entrance to Bandai-Asahi National Park. The lake, which reflects Mt Bandai, is known as Lake Tenkyo – heaven’s mirror. The lake was formed by a volcanic eruption from the nearby Mt Bandai, so the water is still slightly acidic. Due to this, no algae or plant life can grow, leaving the lake especially clean and clear.

I visited the lake in the height of summer, but Inawashiro is a worthwhile trip to make at any time of the year, each season appealing in its own right. In spring the lake has an abundance of birds and other wildlife. Summer is the season to jump in, with the chance to swim and take part in water sports. The lake is a sight to behold in full autumnal colour, and in winter you can try the winter sports at one of the nearby ski resorts, or you could stay by the lake to witness the migration of swans, which arrive in their thousands with the colder weather. If you need to warm up in the winter months, sit back with a view of the lake in one of the hot springs at the foot of Mt Bandai.

On a cultural note, Inawashiro is also the birth place of Dr Hideyo Noguchi. The doctor, who is famous for his research into yellow fever, is now depicted on the ¥1000 note. If you’re interested in finding out more about the life of Hideyo Noguchi, you can visit the Noguchi Hideyo Memorial Hall, which holds items and letters that once belonged to him. 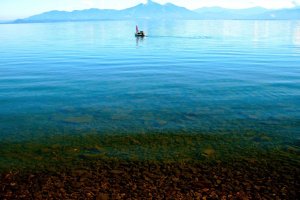 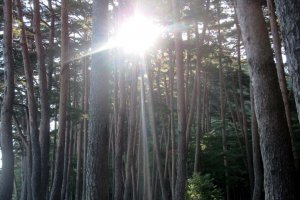 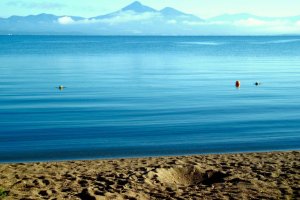 suniuh 11 years ago
I got to know Lake Inawashiro in Fukushima for the first time. I think that the surface of the lake in which the morning sun is reflected is very beautiful blue. I want to watch the lake, while praying for revival of Fukushima.
Reply Show all 0 replies

igarashi 11 years ago
i don't know about lake at japan very much,so "Inawashiro" is new word for me.but i surprised this lake was famous when i read this article.ofcourse,author's experience was so scary,i think i don't want this experience.but this article is good example that unexpectation becomes new discovery,i think.
Reply Show all 0 replies

miyata 11 years ago
I do not know about Lake Inawashiro.
So I am surprised that Lake Inawashiro , the fourth-largest lake in japan.
I want to see the moonlight reflecting off of the water,and the forest forming a slihouette against the star lit sky. I think it is very beautiful.
Reply Show all 0 replies

Wouter Thielen 11 years ago
Great article! What a surprise to be dropped off at such a beautiful place! It makes me want to get my driving license, rent a car, and drive all over Japan! Because there are so many beautiful places that are hard to get to by only bus or train...
Reply Show all 0 replies
6 comments in total