Is Food Produced in Fukushima Safe?

A tour of agriculture and rice inspection facilities

"Rather than arguing with words, we use scientific proof to show everyday how the food produced within the prefecture is perfectly safe." Those were the parting words left with us after touring a rice inspection facility and the Fukushima Agricultural Technology Centre.

Although I have never been particularly worried about the food produced within the prefecture I currently work in, this tour really showed the strict standards that Japan has for food inspection and the difficulty they are having from recovering from the March 2011 nuclear disaster. When I say "recover," I am not referring to rebuilding or nuclear radiation damage done to the environment, but rather the incredible effort being taken to regain the trust of Japan and the rest of the world that it is safe to purchase products produced in Fukushima.

Our first stop, the rice inspection facility, is one of 163 inspection locations within Fukushima Prefecture. Every single grain of rice produced in Japan is inspected at these facilities using high tech equipment designed to detect radiation. The inspection not only includes rice that will be consumed, but also rice that is used for manufacturing other products.

Each bag of rice is put through a scanner. If it is close to the radiation limit set by the Japanese government of 100 becquerels (bq) per kilogram, it is set aside to be tested by another machine for an exact level of radiation. Those that fall over the limit are disposed of. Among the 11,009,627 bags of rice inspected during the 2014 year up until October 5th, 2015, only 2 bags of rice were found to be above 100 bq.

For those worried about the radiation level of 100 bq set by the Japanese government, compare it to those set by the US and EU. The radiation safety limit in the US is 1,000 bq, while the EU is 1,200 bq. Even before the nuclear disaster in 2011, Japan's safety limit was set to 500 bq which was then decreased to 100 bq as it currently is today.

On a universal level, it is easy to see that the standards set by Japan is strict. This means that food produced within in Japan (including Fukushima Prefecture) can surpass the safety limit by ten-fold before it is considered hazardous to humans in other countries such as the US and the EU.

Since rice is a staple food to every family in the country, Fukushima Prefecture has gone a step further to ensure that consumers are confident about the safety of their food. Each bag of rice has a barcode that you can scan with your smartphone to find out the exact radiation levels of that particular bag.

The next stop on our tour was the Fukushima Agricultural Technology Centre. If you have the opportunity, I highly recommend stopping by for the visit. It is a beautiful facility with incredible architecture that was designed from materials around the prefecture and the area (including farmland) is so big that it could fit 12 Tokyo Domes! This facility is very welcoming to visitors (information is available in English) and this facility plays a crucial role in the recovery of Fukushima.

Here we learned about the rest of the food that is produced in the prefecture and the steady decrease in radiation. In 2011 the radiation found in agricultural produts was at 3.4%, but has then since decreased to .4% in 2014 and finally .1% currently in 2015.

During the tour they described the process of checking all kinds of food and plants including vegetables, fruit, milk, meat, eggs, crops, seafood, mountain herbs, mushrooms and more.

We also toured some of the facilities, where we had to change into slippers to prevent contamination. We peered into the secure laboratories and had the opportunity to see scientists working on testing samples. Free tours are available with a reservation, although it is conducted on in Japanese.

Our guide told us about the tough struggle they have been facing to recover Fukushima's wrongly tarnished reputation. In a survey conducted by the government this year, 20% of the Japanese population responded that they were still wary of products coming from within Fukushima Prefecture. I can also testify first hand that friends and family living back home also share this concern. This fear and misunderstanding is a hard blow to the third biggest prefecture in Japan, especially considering how small the affected area is. It is critical that the long history, beautiful nature, unique culture, and millions of people living within Fukushima aren't overshadowed by a single incident in a small area of the prefecture. 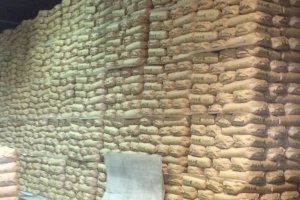 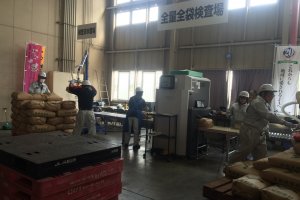 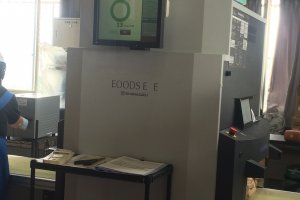 Justin Velgus 4 years ago
Wonderful info. It is great how they are so open about giving tours and presenting bilingual information. When I was experiencing a Fukushima Farm Camp in Iwaki City (https://en.japantravel.com/fukushima/fukushima-farm-experience/13690 ), we learned about independent city testing, alongside national testing, through the Miseru-ka (the Show Me Department!).
Reply Show all 0 replies

Victoria Vlisides 4 years ago
Wonderfully informative article. Thanks for taking this topic on, Sarah!
Reply Show all 0 replies
2 comments in total