If you're visiting the sights of Fukushima prefecture, it's likely you'll find yourself passing through Koriyama station, either to change trains or to spend a night in the city between other destinations.

As well as the JR Tohoku Shinkansen bullet train, from Koriyama station you can take a number of other JR lines:

As big stations go, it's a pretty pleasant place to stroll around. The main concourse is big and spacious, and didn't really feel crowded at any time that I was there. It's overlooked by a colourful, artistic stained glass window, that casts coloured light onto the floor. There are little statues of cute characters dotted around, and some inventive decoration on the steps, showing you what I assume is a local historical figure as you look at them head on.

There are convenience stores and cafes inside the station, as well as a Lush, a drugstore, a bookstore and a souvenir shop where you can buy local products as gifts for your friends or yourself. Up on the second floor there's the tourist information office, which has some leaflets in English and other languages about the region and its sights. Also up there are some restaurants and the Food Bazaar, a small food court with stands selling snacks and light meals such as ramen. If you need more, the station is also directly connected to S-Pal, a three-floor shopping centre with cafes, clothing stores, a Muji store and a hundred-yen store.

Many (but not all) of the Tohoku shinkansen bullet trains northbound from Tokyo stop at Koriyama, taking around eighty or ninety minutes. 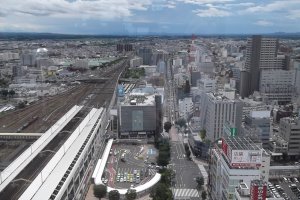 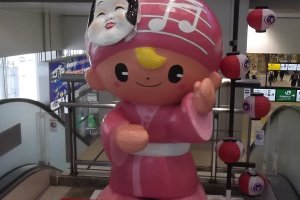 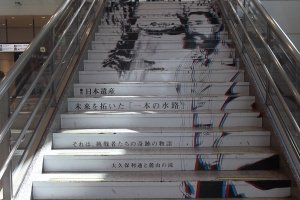 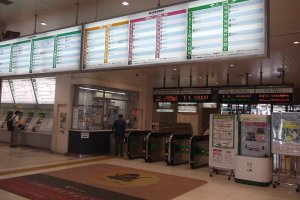 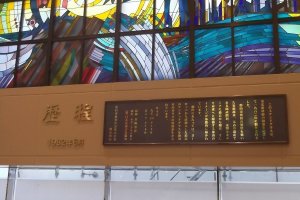 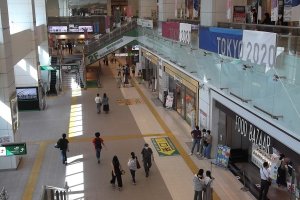 Elena Lisina 5 months ago
Koriyama is quite big station! I didn't expect that. Cute mascots!
Reply Show all 0 replies

Sleiman Azizi 5 months ago
Pretty much has it all.
Reply Show all 0 replies

Kim 5 months ago
It seems to have quite a relaxed feel for a larger station!
Reply Show all 0 replies
3 comments in total