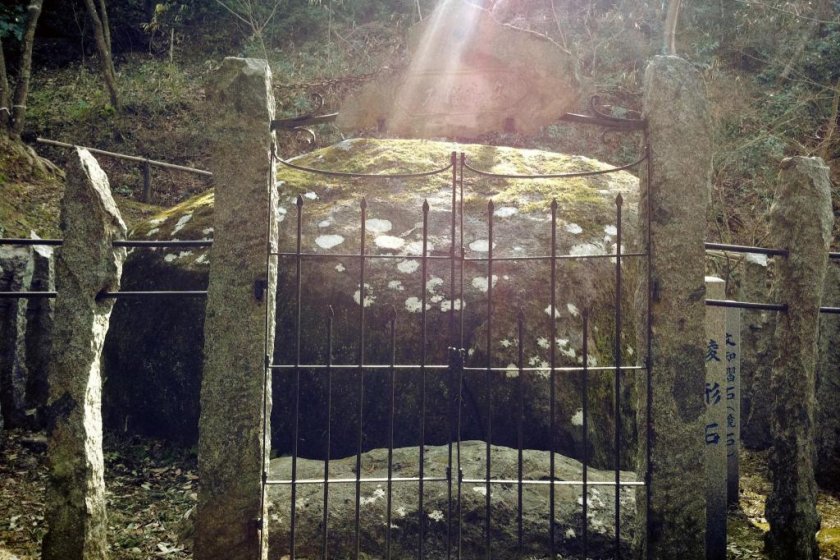 The rich waka tradition of Japan embodied in a rock.

6 km north-east from Fukushima City sits the village of Shinobu (present-day Mojizuri). Three seemingly unconnected objects - a large, moss-dappled rock, the Michinoku (Tohoku) kimono design of mottled ferns made famous in the Heian period (794 - 1185), and an impossible love story - have together made Shinobu a vastly recognized and esteemed location of utamakura. Utamakura is a place-name used in waka (traditional Japanese poetry) which, through alternative readings of the name's kanji (Chinese characters) or its associations with national histories and figures, can be used as an allusive tool towards sentiment and meaning within waka; an incredibly popular and admired poetic device which was employed even in everyday conversation at the Heian Kyoto Court.

In the 9th century, Minamoto no Toru (a high-ranking noble of the Heian Imperial Court in Kyoto) traveled to the "great north," Michinoku, which was at that time deemed an uncivilized land due to its distance from the shining capital. At some point, he passed through Shinobu, a village well-known by the Imperial Court for its unique production of a kimono design called Shinobu Mojizuri (fern mottle). It was not uncommon for high-ranking nobles to undertake vast journeys north for state affairs. And on these journeys, it wasn't completely unheard of to learn of nobles falling in love with villagers of little, or no, social status.

Unfortunately for Minamoto no Toru and the lady of Shinobu, he did just so. Staying with the lady's father and delaying his return to the capital for over a month, he was eventually called back to court and the separation was impossible to withstand for both of them. Minamoto no Toru did as all Heian courtiers in his day could do; he wrote a poem about it. And the lady of Shinobu took to her bed with grief, dying before the verse could reach her. The verse adopts the word 'shinobu' and its three potential readings in Japanese: the name of the village Shinobu; the type of fern found in abundance around the village, called shinobugusa; and the verb shinobu, "to love secretly." In just five lines, Minamoto no Toru encapsulates his sentiment, the history and relevance of the setting to his story, and appropriate similes for such a saddening poem in incredible subtlety and talent in his employment of utamakura.

Like the cloth printed
with ferns in far Shinobu
of the deep north —
if not for you
for whom would I dye my heart
with tangled love?

Since this all occurred over twelve centuries ago, Shinobu has welcomed such admirers of its history and poetry as Basho Matsuo, who came to compose a haiku on the subject in his Oku no Hosomichi pilgrimage of Michinoku utamakura locations.

Deft hands that now pluck
seedlings, once you used to press
patterns from the stones.

The mottling rock upon which the famous Michinoku kimono was mottled with fern is enshrined by an open gate. The two poems are also on the grounds, set in stone. All are surrounded by a wonderful view of Fukushima, the Kannon-Do Temple and Phoenix Pagoda, and a river also famous in traditional waka, the Abukumagawa.

To get there, you can rent a bicycle from Fukushima Station for free (30 mins.), or drive from Fukushima City by taking the route 4 north, and the 115 east (15 mins.) Entrance to the grounds is 400 yen for adults, 200 yen for children. 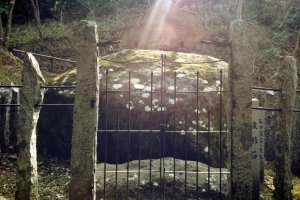 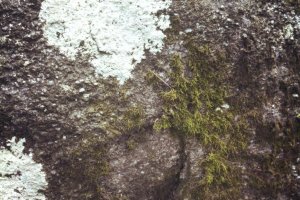 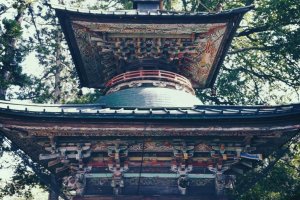 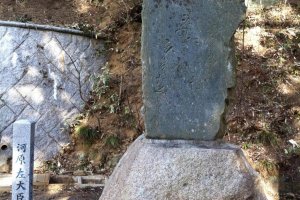 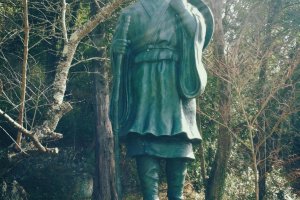 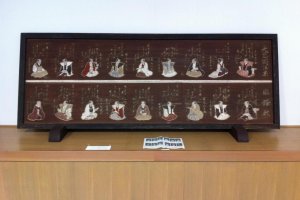