Abukuma-do Cave is still a mystery to most non-Japanese 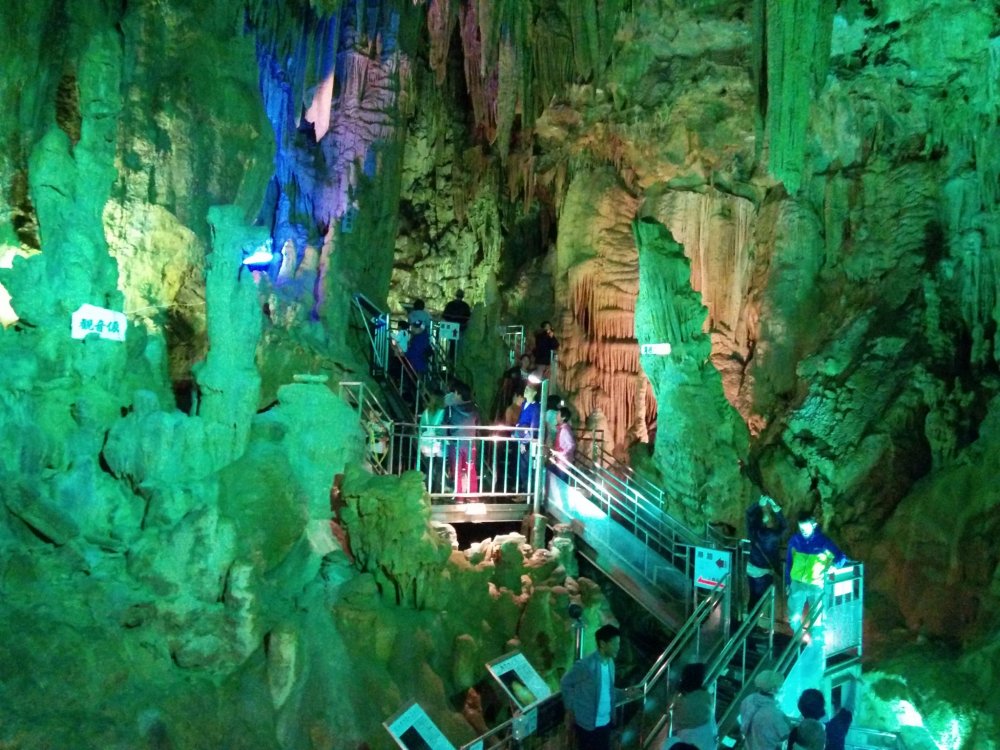 Inside the main chamber 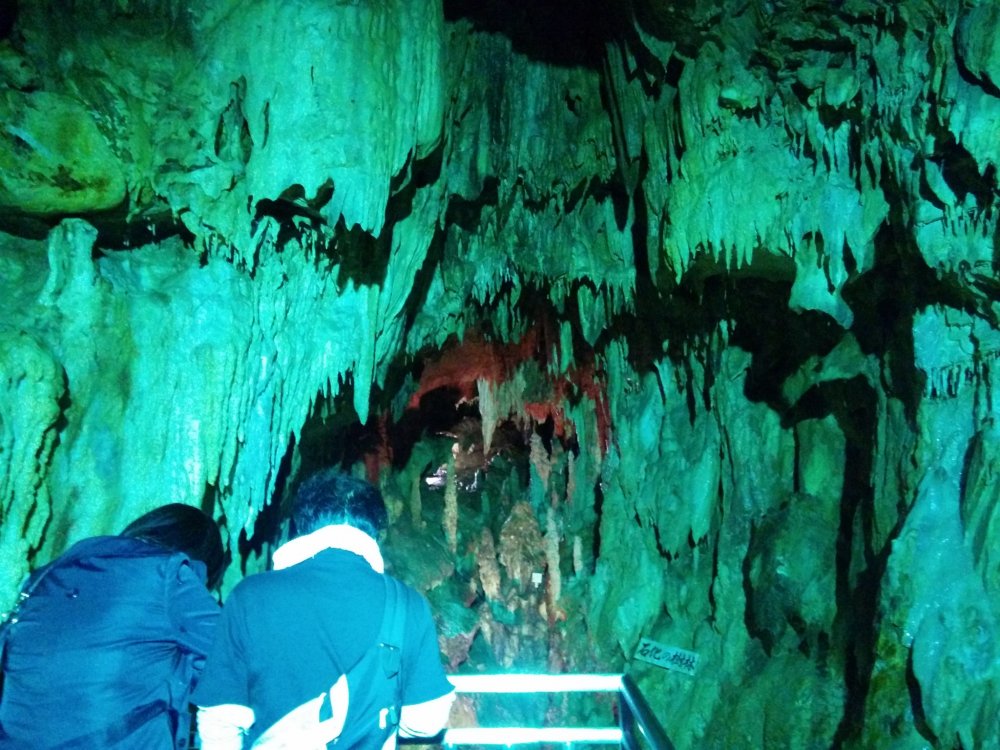 Looking out from one of the observation decks 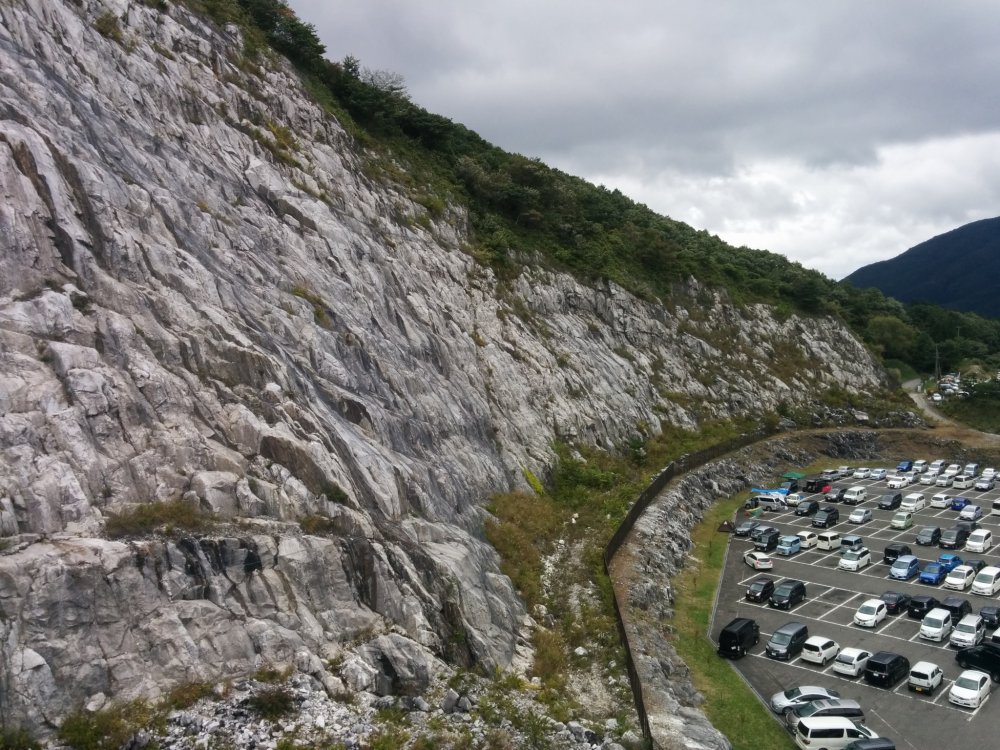 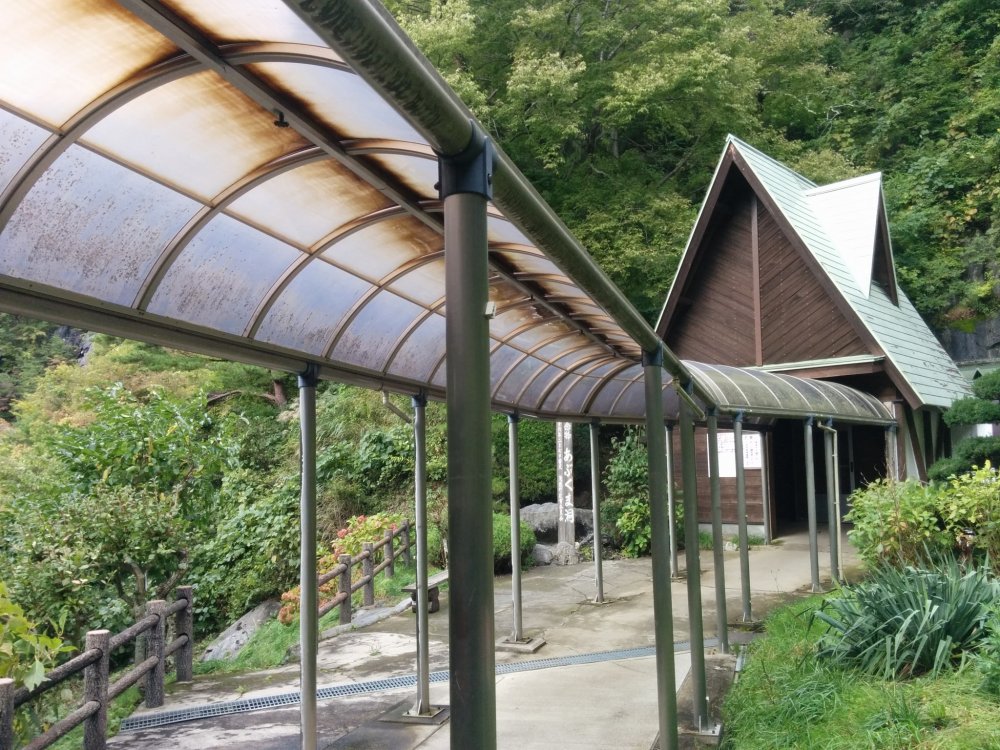 The modest entrance to Abukuma-do 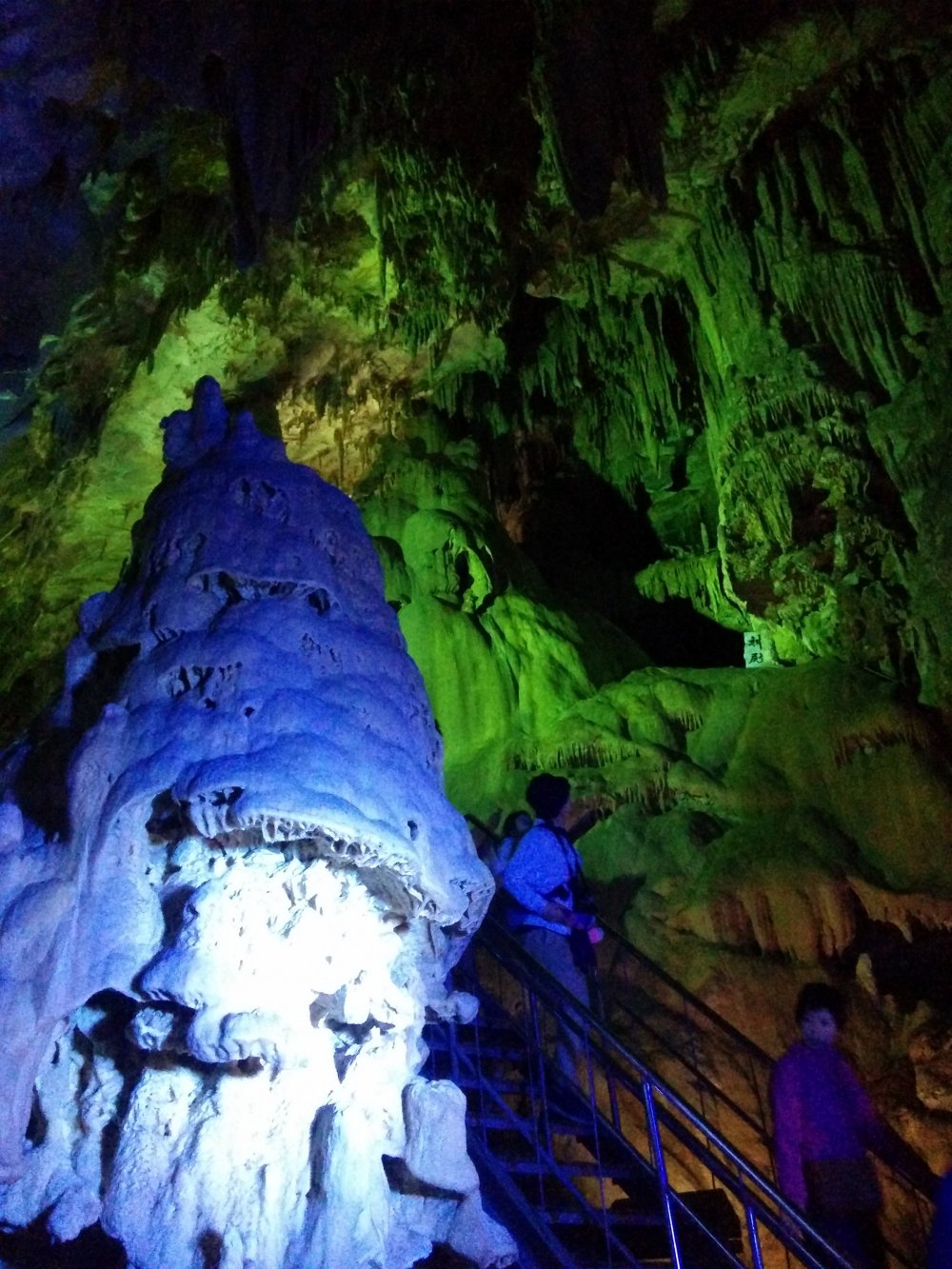 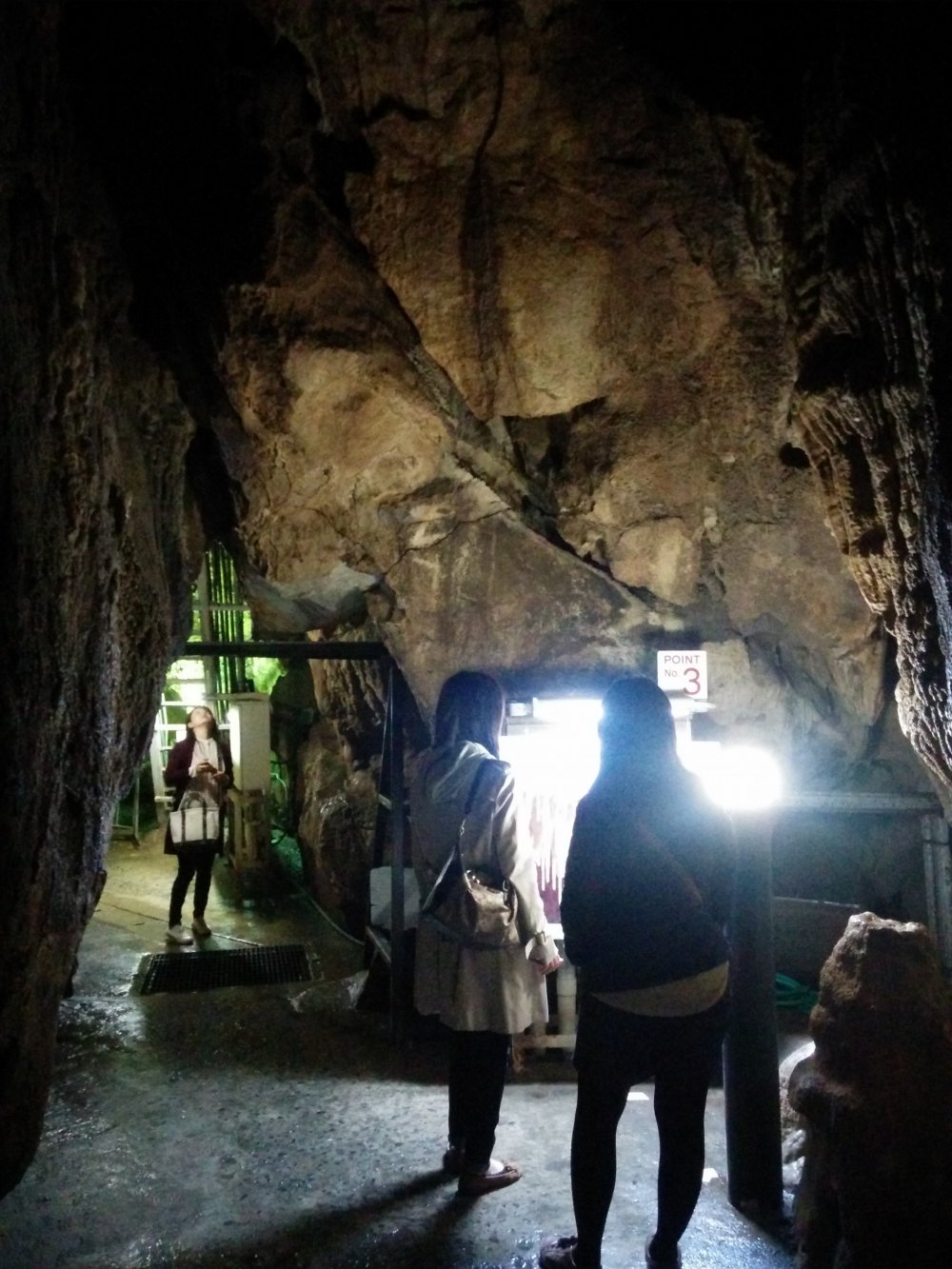 The cave is well lit and clearly marked 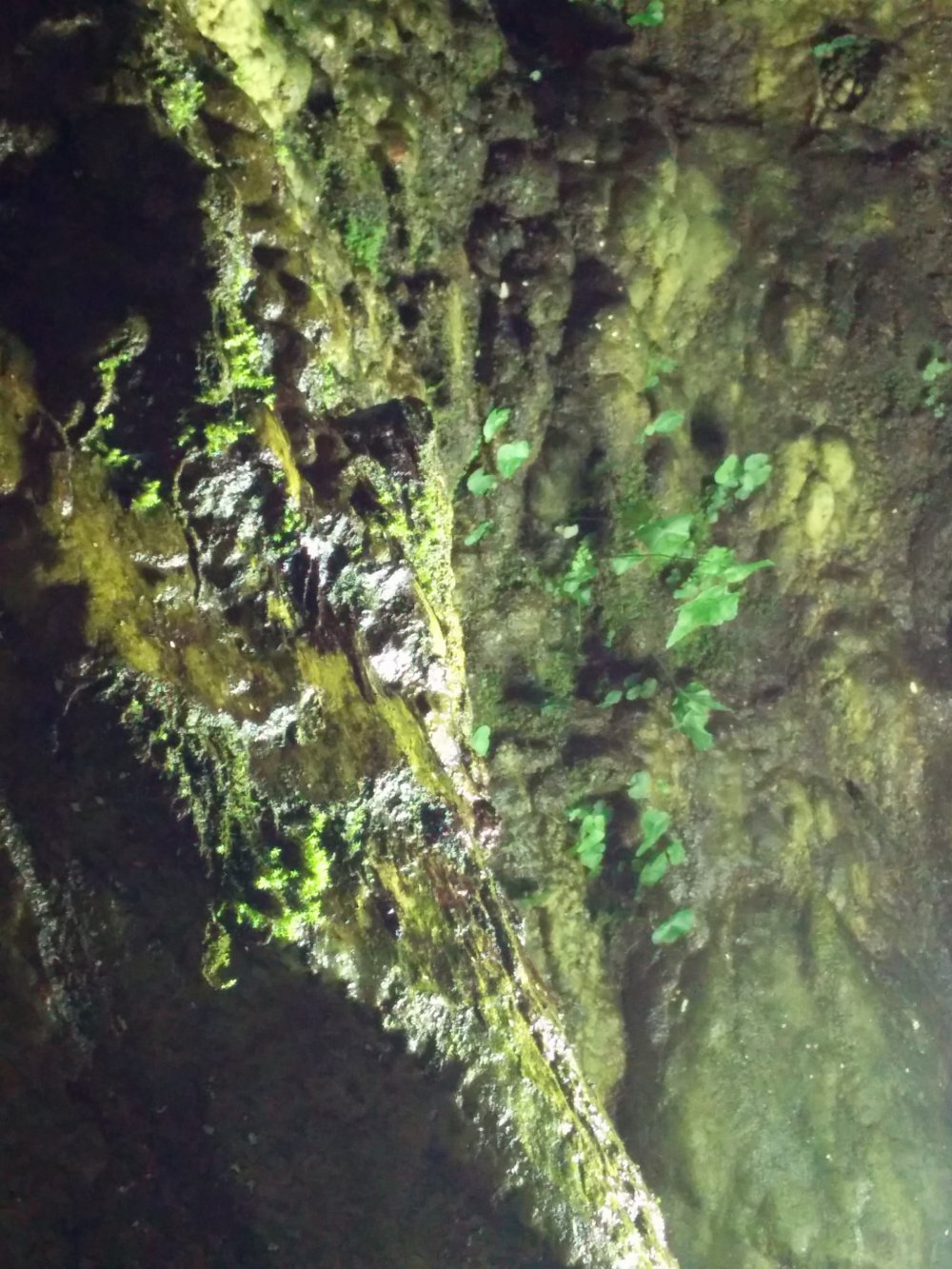 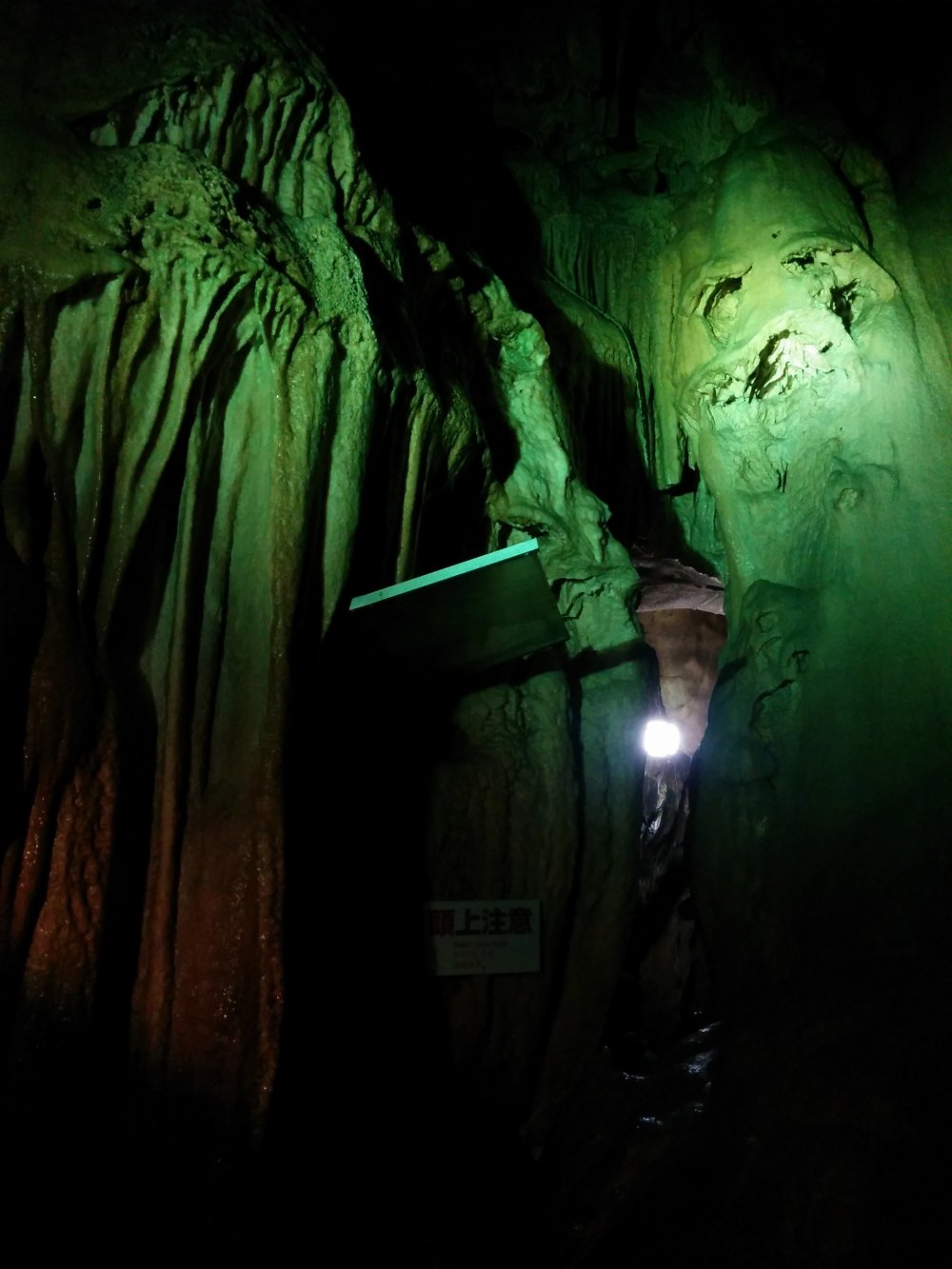 Several rock formations are named. This is the monster face! 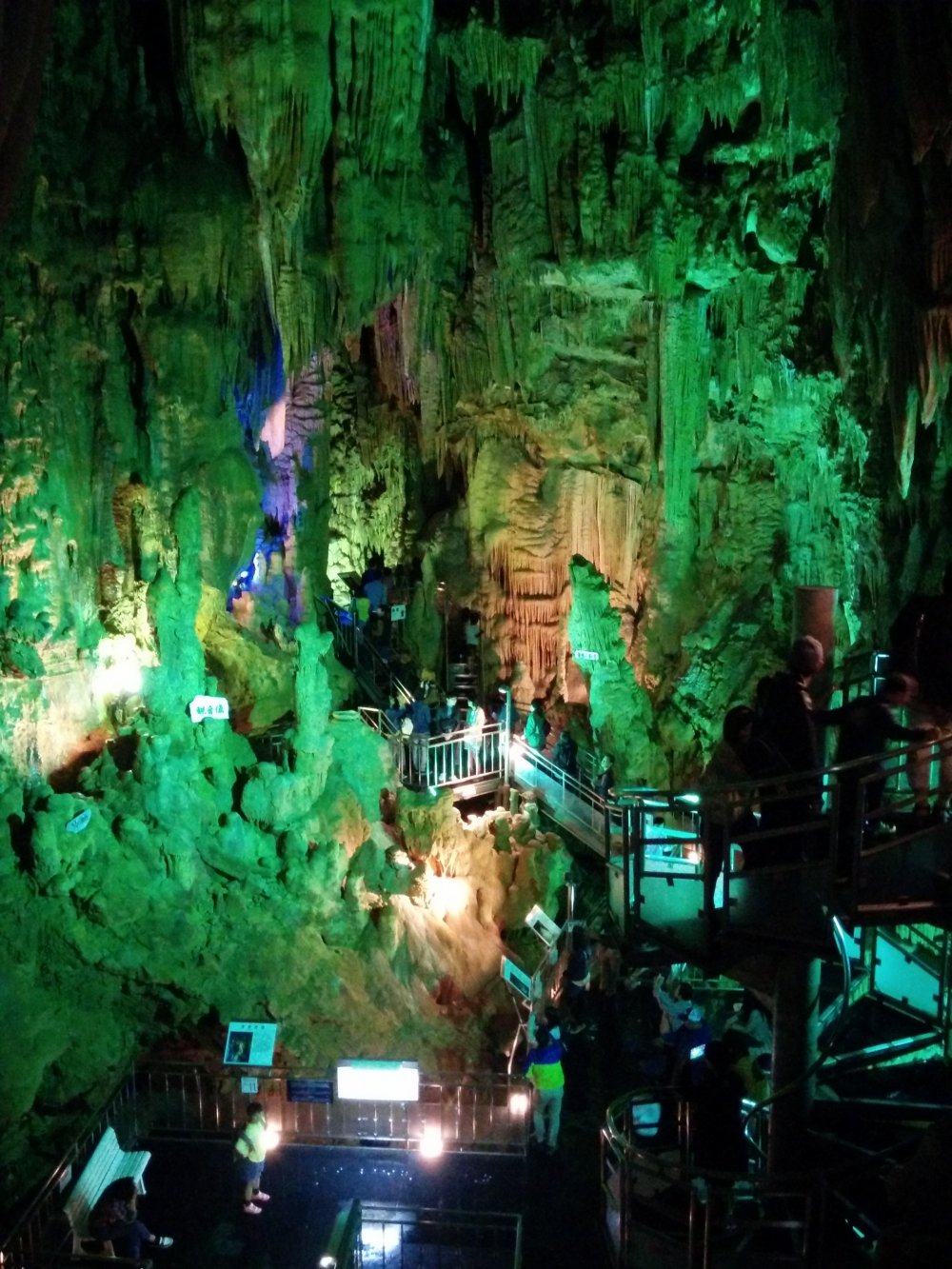 Another view of the main hall 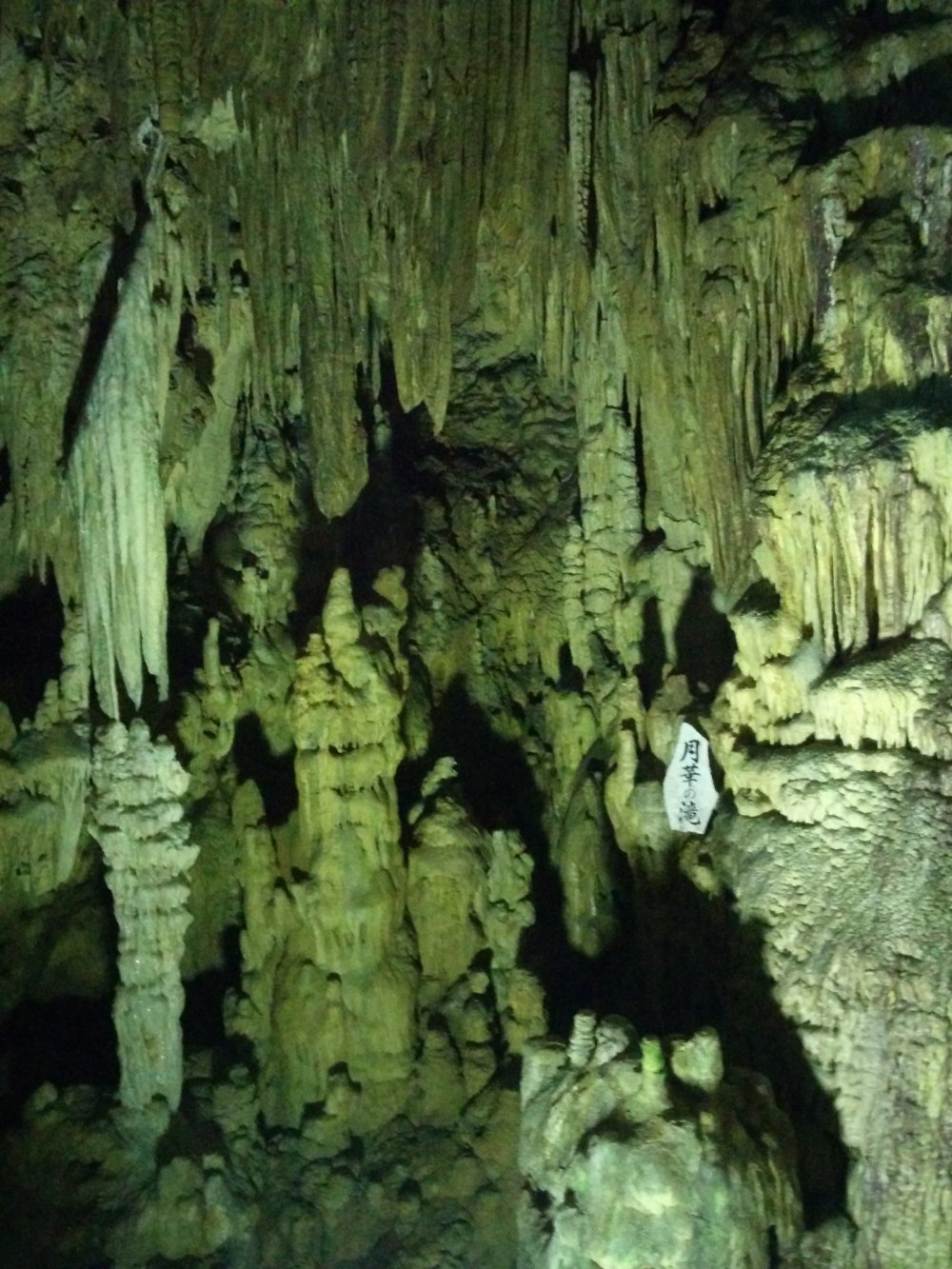 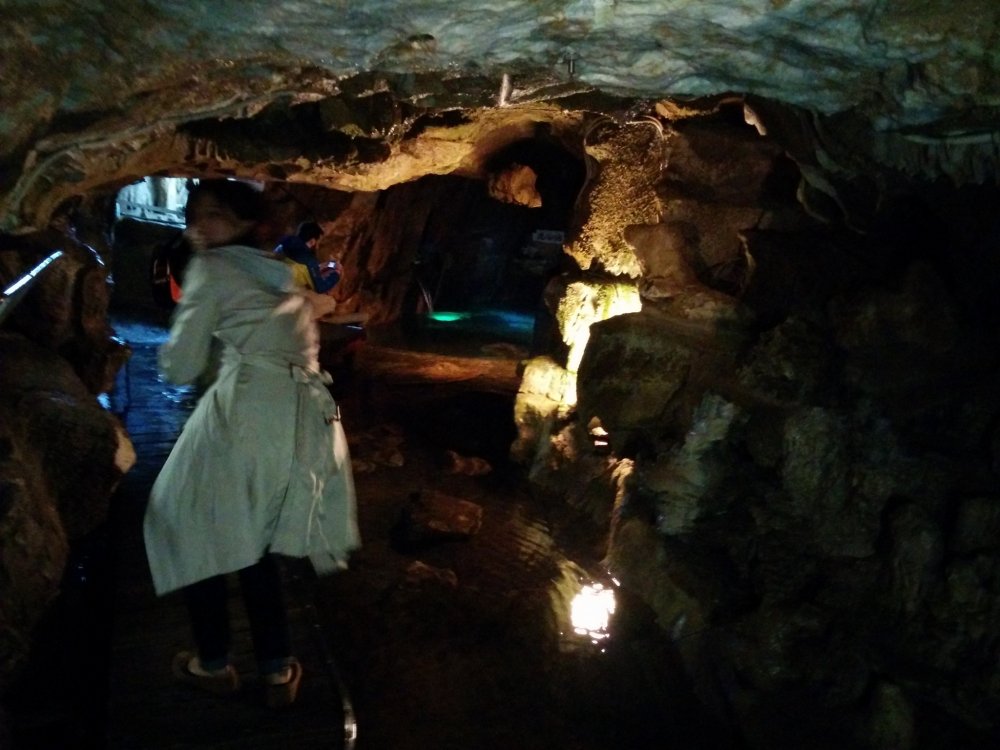 A small stream inside the explorer course 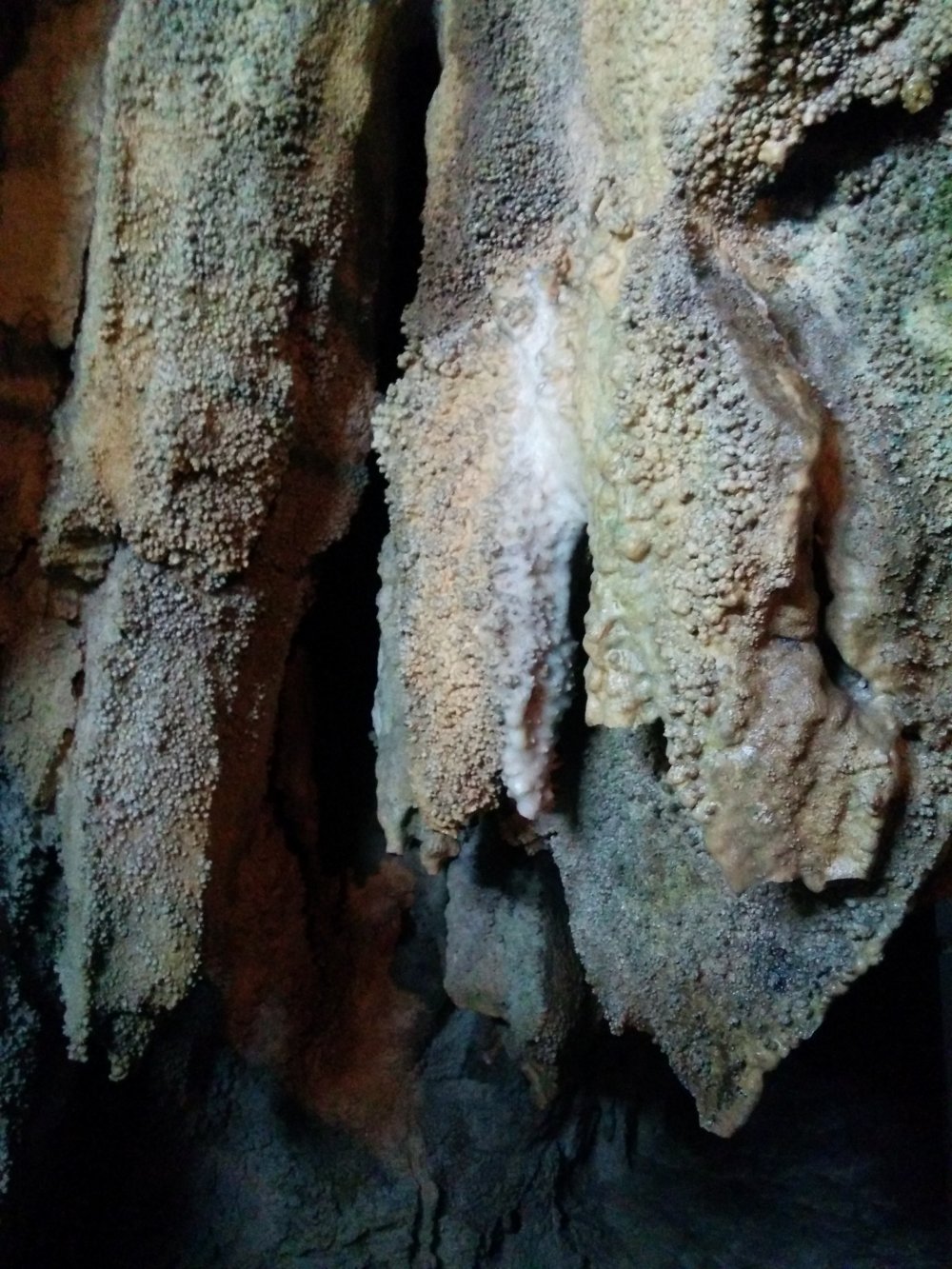 Everywhere you look, a different shape 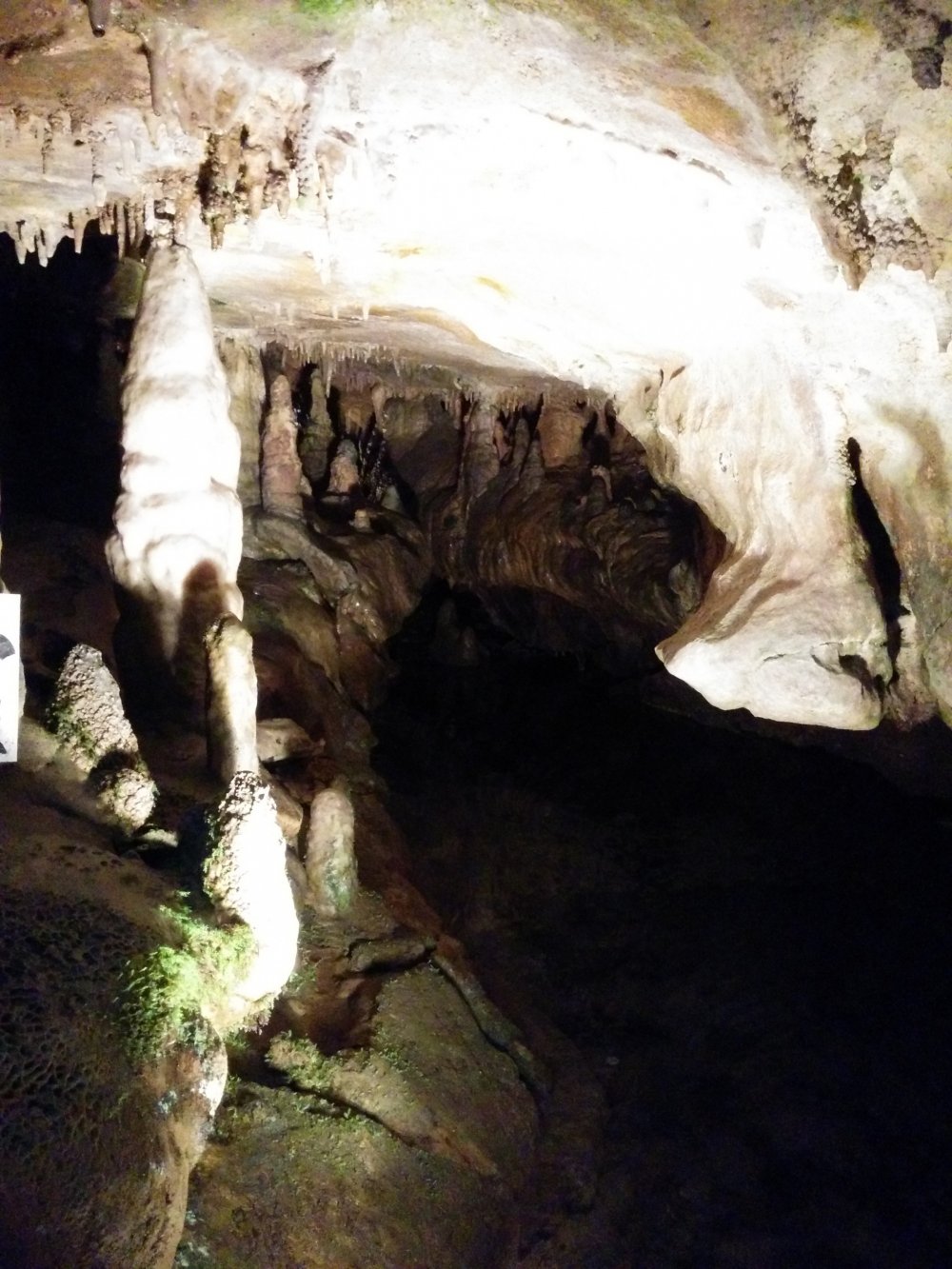 Despite being developed for tourism, there are still many natural scenes remaining 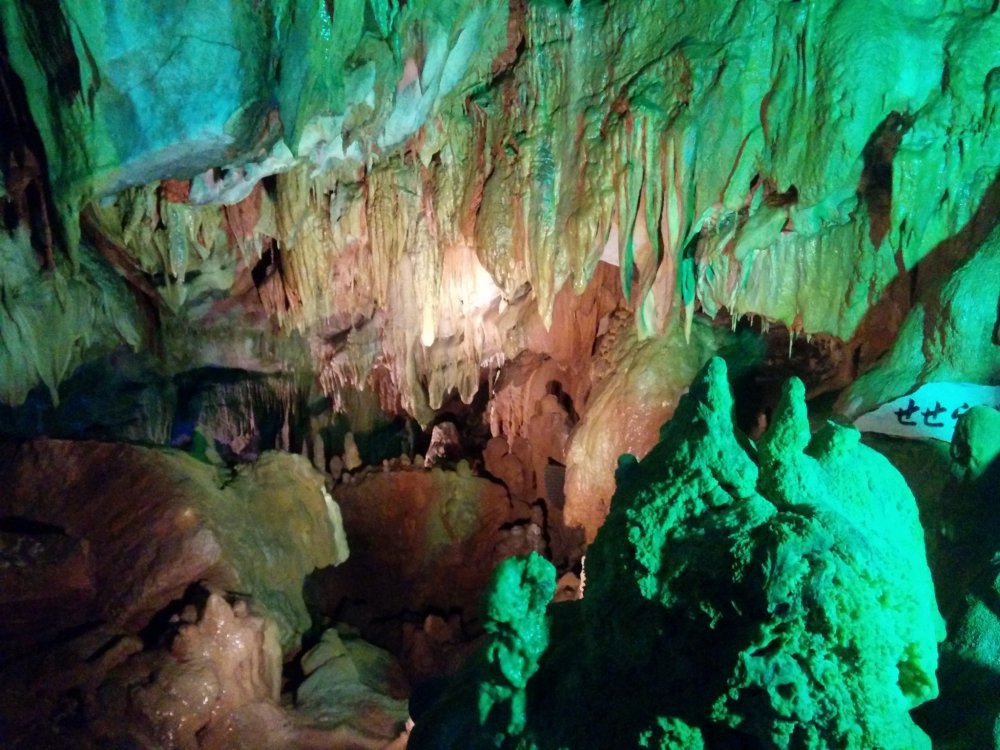 The lighting and rock shapes make this seem like another world 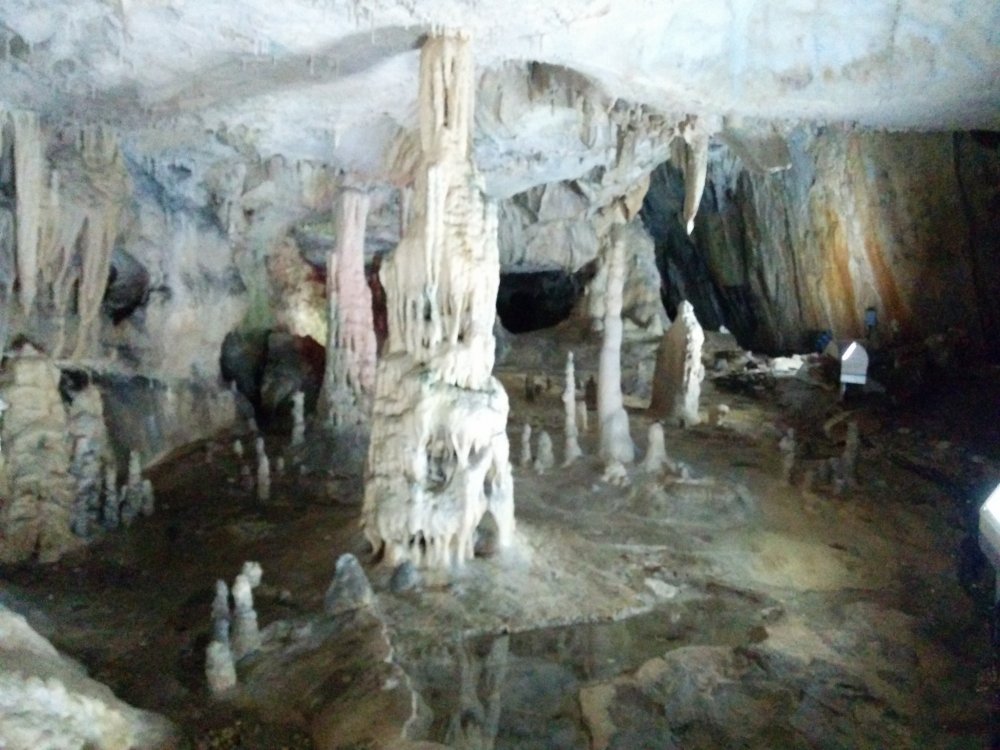 This area before the exit is called Moon World 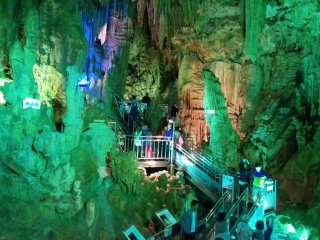 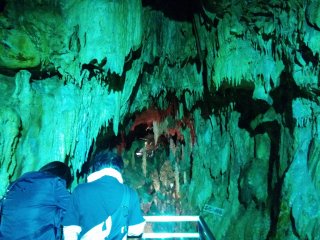 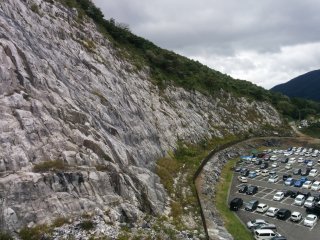 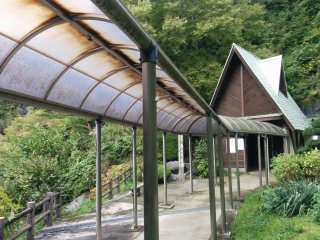 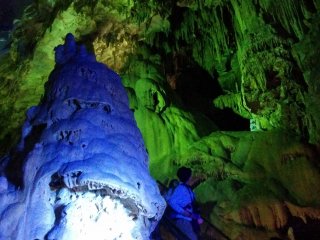 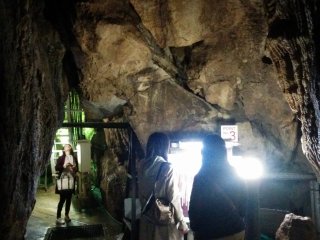 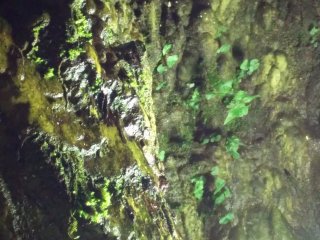 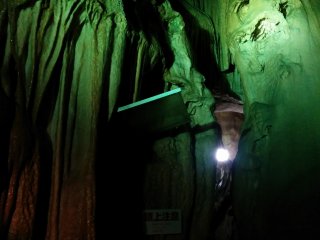 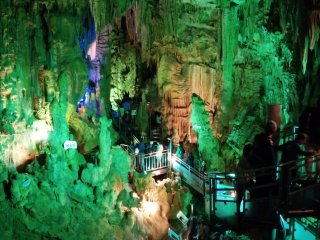 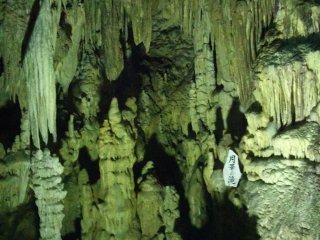 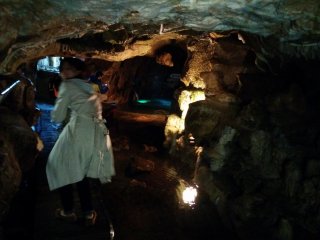 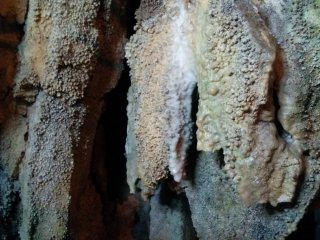 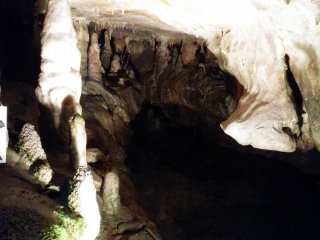 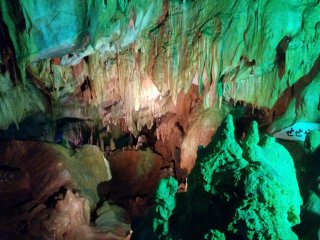 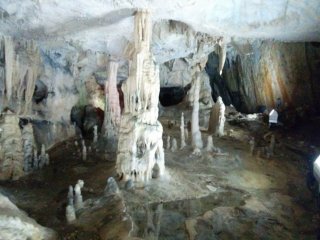 While most people associate Tohoku with rustic towns, tough winters, tradition, nature, and hot springs, there is certainly much to be found for those with a sense of adventure. While Iwate’s Ryusendo Cave is the most famous cave in Tohoku, the relatively unknown Abukuma-do Cave is larger, more exciting, and has much more to experience.

Perhaps because of lack of English advertising or not enough foreign visitors to generate buzz, this popular attraction for Japanese people still remains a mystery for far too many.

Step inside and traverse a paved path that snakes its way up, down, left, and right 600 meters through a mountain. Expect an hour to traverse its course, or likely an hour and half with all the pictures you will be taking. The lighting set up really brings the rare rock formations to life! Sometimes the path opens up to large chambers, while other times ducking or squeezing through some narrow areas may be required. It is amazing experience that is worth the visit to the relatively remote location.

For those that want even more adventure, an Explorer’s Course for a small separate fee offers an obstacle course route. Highlights include an underground stream and rock formations that can’t be seen on the regular path.

To reach the cave, first make your way to the largest city in Fukushima Prefecture, Koriyama. It can be reached in 80 minutes by bullet train from Tokyo, or 40 minutes from Sendai. Then take the Banetsuto Line 45 minutes to Kanmata Station. From there it is a five minute taxi ride, or 35 minute walk up a curvy mountain road to the entrance.

Justin Velgus Photographer 4 years ago
Indeed! You'll never know what you will find, until you look!

Yuliya Boda 4 years ago
The views inside the cave are stunning!
Reply Show all 1 replies

Justin Velgus Photographer 4 years ago
Yes, there are several caves in Tohoku, and across Japan, though this one is said to offer the largest variety of rock formations.
Reply
4 comments in total

Justin Velgus Photographer 4 years ago
Indeed! You'll never know what you will find, until you look!

Yuliya Boda 4 years ago
The views inside the cave are stunning!
Reply Show all 1 replies

Justin Velgus Photographer 4 years ago
Yes, there are several caves in Tohoku, and across Japan, though this one is said to offer the largest variety of rock formations.
Reply
4 comments in total