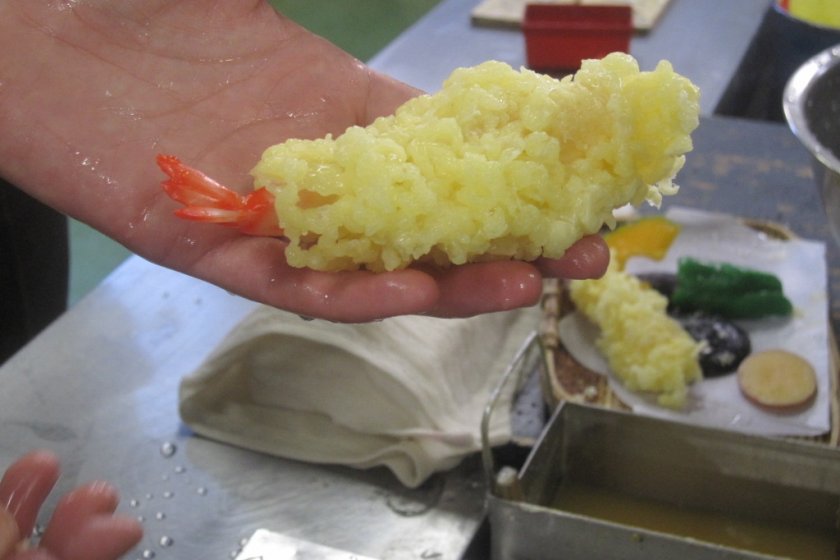 The Shrine to Plastic Replicated Food

Okay so it is not a real shrine. But it is a testament to an industry that has made its mark on the world and how we order food in Japan.

At the end of World War II, much of the country was in ruins, there was little money to go around, but the American GIs had cash and were willing to eat at local restaurants. There was a problem; they couldn’t read the menus. So wax artists made models of dishes which was not a new thing (the ancient Egyptians did this as well). But to meet demand, it would take many number of artists and too much time. Along came Takizo Iwasaki, a native son of Gujo, who started one of the first companies for mass producing paraffin wax models of the meals so that not only GIs but those who couldn’t read could order food. Though he started the company in Osaka and later opened a factory in Gifu city, he never forgot his home town and eventually opened a small factory there.

Originally made with paraffin wax, samples had to be replaced every so often as they could melt on hot days making the menu into mush which is needless to say not good for business. Today samples are often made with silicon and some high-tech equipment yet at the end are artists who learn how to turn these non-edible materials into something that fools the eyes. But today you can still try your hand at the original method at the Iwasaki factory in Gujo.

If you read about Gujo, then you know water is a big part of their community. So of course the first step was to dip my hands in the hot water to warm them up. Then I took a ladle of tan colored wax and did a zigzag drizzle over a pool of 38ºC water which created a string of connected wax balls. Next I gently gathered the bits together and laid a plastic tail across this wax bed and carefully curled it up around the tail. I drizzled more wax across the top to seal the creation, removed excess wax and made it look the best I could. Finally I dipped the fake tempura prawn in very cold water which quickly cools and solidifies the entire creation. Voila! My own fake tempura prawn to fool my friends.

Besides being able to try your hand and creating fake food the Iwasaki Sample village has samples to buy as well! This way if you screwed up on your own creation you can buy a professional one and tell your friends that you made it. They have hundreds of samples ranging from sushi to large kegs of fake beer, tempura to ramen. If you are there before a meal, it might just make you hungry.

One last spot in the sample village is the small museum corner dedicated to the father of modern sample making, Mr Iwasaki. There are photos of his life, his creations and how this local Gujo son’s innovative spirit helped create an artistic industry that has lasted even into the digital age. 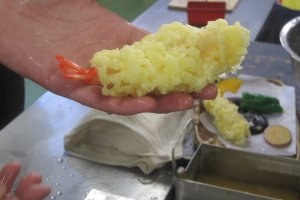 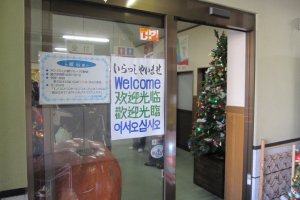 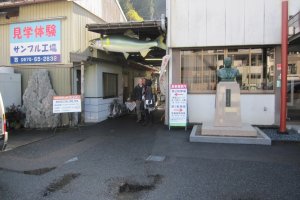 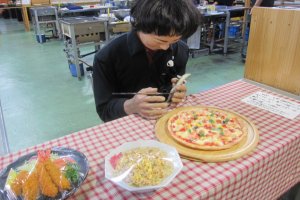 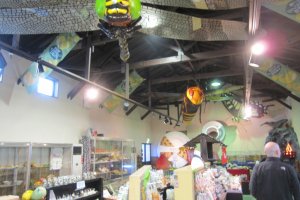 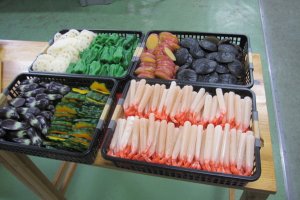 zoomingjapan 7 years ago
I love Gujo-Hachiman. It's one of my favorite places in Japan!
I enjoyed the plastic food samples there and bought a lot. They're cheaper than in Kappabashi, Asakusa, Tokyo.
Reply Show all 0 replies

Justin Dart Author 9 years ago
Telloyd, She would love it! Can't upset that oji-san. He plays with wax all day and made a statue with the wax hands in his own shape!

khed, it didn't start there. But Mr. Iwasaki was from Gujo. He was the original post WWII Entrepreneur.
Reply Show all 0 replies

JapanTravel Guest 9 years ago
Ha, ha, the original wax food museum. Great stuff Justin! I'd like to take my kids, but I'm afraid my "creative" 11-year old might try to slip in a Frankenstein shrimp model and upset the oji-san running the place... :-)
Reply Show all 0 replies