Often seen as a symbol of remembrance and peace, poppies are one of spring's most prolific flowers, and there are numerous places to enjoy their beauty across Japan. This guide covers five of the country's best destinations to appreciate these lovely blooms.

Saitama's Konosu City often gets the nickname of "flower town", and with good reason. This part of the prefecture is home to some of the country's largest poppy fields - around 12.5 hectares of them, in fact. That equates to roughly 10 million flowers in total, ensuring there's plenty of floral beauty to go around.

From the mid-April to mid-May timeframe, Awaji Hanasajiki Garden in Hyogo is filled with thousands of Icelandic poppies in various colors. Also known as Siberian poppies, this variant is extremely cold-resistant and they hold up well even when temperatures dip overnight.

From certain parts of the garden you can also enjoy some impressive views out over the Akashi Strait and Osaka Bay while you're appreciating the beautiful blooms. Best of all, admission is free of charge!

Each year during spring, Ibaraki's Kokaigawa Fureai Park comes alive with the color of around two million poppies in bloom. There are so many flowers that the ground almost looks blanketed by them, and the addition of Mount Tsukuba as a backdrop makes this park a photographer's delight. The poppy flowering period is typically throughout the month of May, and updates about their status will be posted on the park website (in Japanese).

Another entrant from Saitama makes the list, and this one is a gem. The aptly-named Sky of Poppies covers a space of around 5 hectares, and there are approximately one and a half million flowers to appreciate. Because of the elevation here (it's around 500 meters above sea level), you can often get some ethereal shots with clouds covering the surrounding mountains.

Though Farm Tomita may be best known for its summertime lavender, visitors will find plenty of other floral beauty to enjoy during spring. Icelandic poppies and Oriental poppies both grow in abundance, and they typically last right up until early July. The farm has the Tokachi Mountain Range as a backdrop, which often still has a dusting of snow during poppy season - it makes for some lovely photos! 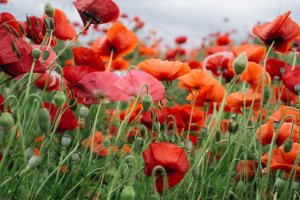 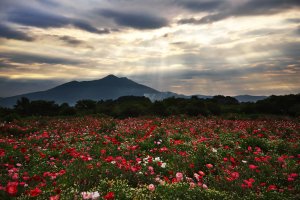 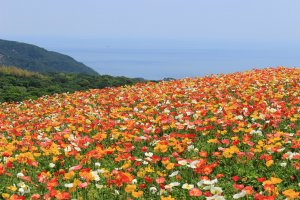 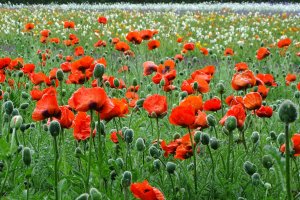 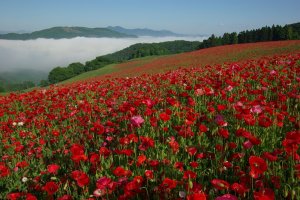 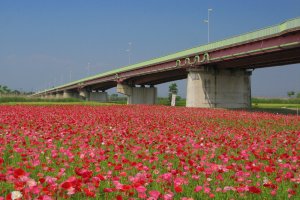 Kim Author 3 weeks ago
They are so joyful!
Reply

Kim Author 3 weeks ago
Agreed! 🌞
Reply
4 comments in total
Back to Contents