5 Traditional Streetscapes Outside of Kyoto

Beat some of the crowds and check out these places instead!

Kyoto has long been a popular tourist destination for travelers, in part due to the charming preserved streetscapes in the Higashiyama and Gion districts. Those two locations are often jam-packed, though - but never fear! Japan has plenty of other traditional streetscapes to enjoy which are far less crowded, but with just as much history and beauty to appreciate. Here are five spots where you can have that step-back-in-time feeling, without stepping on anyone in the process.

Kurashiki's beautifully preserved historical quarter is centered around a canal network which was an important route for distributing goods back in the Edo period. Because of this, the area often gets the nickname of "the Venice of Japan", and if you were wondering, you can take boat rides on the canal these days if you wish! Many of the old merchant warehouses in the historical quarter have been transformed into cool art galleries and cafes, so definitely save yourself some time to explore everything the area has to offer when you visit.

Getting there: Around 10 minutes on foot from Kurashiki Station, served by the JR Sanyo Main Line and the Hakubi Line.

If you want the step-back-in-time feel with close proximity to Tokyo, look no further than Kawagoe. Easily accessible within about 30 minutes from Ikebukuro, this area often gets the nickname of 'Little Edo' because of the impressive number of historic buildings you'll encounter. Fun fact: the area is also famous for its sweet potatoes, and you'll find many stores selling delicious sweet potato goodies to try!

Getting there: Approximately 30 minutes by train from Ikebukuro on the Tobu Tojo Line.

The city of Kanazawa in Ishikawa Prefecture was made significantly easier to access back in 2015 - the extension of the Hokuriku Shinkansen line meant that this part of Japan could be reached direct from Tokyo in around two and a half hours. Across the city there are amazing art galleries, incredible local crafts, and the wonderfully preserved Higashi Chaya District to explore - and that's just offering a few suggestions. Established back in the early 1800s, Higashi Chaya served as an entertainment district for the upper echelons of society at the time. There are still teahouses to explore in the district, along with converted cafes and stores selling souvenirs and handicrafts, including gold leaf decorated products.

Getting there: Under 10 minutes by taxi (or around 30 minutes on foot) from Kanazawa Station.

Narai-juku served as one of the stations along the Nakasendo, an Edo-period route that connected Tokyo to Kyoto. The old post town has been preserved immaculately, and is a popular spot for visitors who want to experience the Japan of centuries gone by. Stretching out for around a kilometer, you'll find traditional residences, restaurants, antique stores, and more along the route.

Getting there: Mere minutes on foot from JR Narai Station, served by the Chuo Main Line.

Tucked away in the mountains of Gifu, Takayama is a real gem for those who love the feeling of stepping back in time. The Sanmachi Suji District is lined with traditional merchant houses that now house restaurants, breweries, and more. After a way to combine a bit of modernity with your dose of tradition? Pop into Center 4 Hamburgers for a Hida Beef burger, but get there early - there's usually a line!

Getting there: Around 10 minutes on foot from Takayama Station. 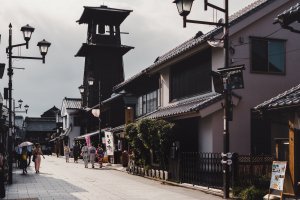 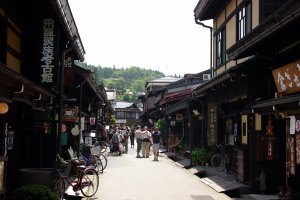 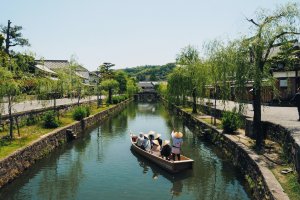 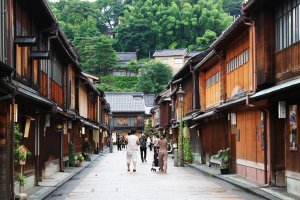 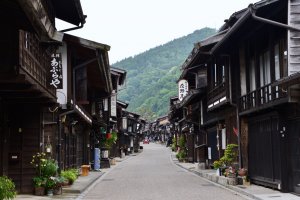 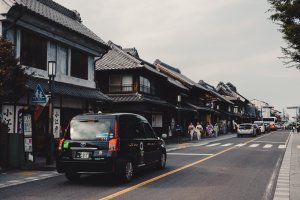 Elizabeth S a year ago
I've only been to two on your list - Kawagoe and Kanazawa's Higashichaya. Great places to take your time, stroll, and discover little delights.

A question - How about Tochigi City's old town? I haven't been but I'm curious about it.
Reply Show all 2 replies

Kim Author a year ago
Just looked it up and it's stunning - I feel like there are so many gems where you can get the same kind of "feel" as places in Kyoto, but they're still much more untapped. Great suggestion for other travelers!
Reply

Elizabeth S a year ago
There are dozens of "Little Edo" and "Little Kyoto" places scattered all over. Tochigi City looks amazing, right? When the pandemic situation settles down, I'll go see it.
Reply

Elena Lisina a year ago
I've visited two of the listed sites - Kawagoe and Narai. Both were really fascinating! My second time in Kawagoe was on Golden Week, and the street was too crowded, so I think it's better to visit on a usual week day to enjoy those old-style houses and soak into the atmosphere of the past times.
Reply Show all 1 replies

Kim Author a year ago
When I lived in Tokyo I wasn't far from Kawagoe and it was our favorite place to take our friends and family when they came to visit. It's definitely much easier to navigate on weekdays!
Reply
5 comments in total
Back to Contents