There are a number of locations throughout Japan that have been listed on the nation's Special Natural Monument listing. Tokyo features on that list with a single representative, an ancient cherry tree stump found far south of the mainland. An impressive source of natural wonder, this tree is lovingly protected. Here is a simple guide on where in Tokyo this nationally designated Special Place of Scenic Beauty can be found.

Designated as a Natural Monument in 1935, Oshima no Sakurakabu is an 800-year old cherry tree stump sitting on the slopes of Mt. Mihara on Oshima Island, about 100 km south of mainland Tokyo. In 1952, the national status of this tree was upgraded to Special Natural Monument and the efforts to protect and preserve this incredible relic have continued to this day.

The tree itself is somewhat of an illusion as the original trunk died out a long time ago. What is left, however, is an incredible sight. From stump's dead height of around 1.5 metres, the tree's branches have emerged and from the remnants of the trunk, now extend out to around seven metres. Supported by pillars of all kinds, the tree is described as if it were a dragon writhing around in pain. The care afforded to soothe this magical beast is heartwarming.

The cherry tree was once a source of local charcoal amongst the islands of the region and while those days are long gone, the Oshima no Sakurakabu continues to warm the hearts of all who come to pay their respects. A representative of its species and a venerable symbol of the natural world, Oshima Island's cherry tree stump remains a sight to behold. 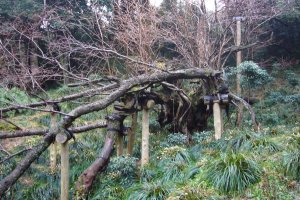 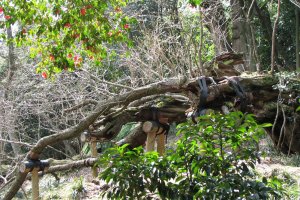 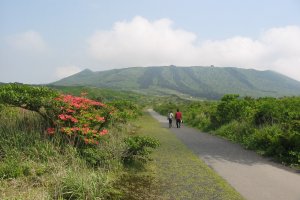 Kim a year ago
800 years of history, that's incredible!
Reply Show all 1 replies

Sleiman Azizi Author a year ago
It's crazy, right?
Reply
2 comments in total
Back to Contents