Thirty minutes from Chofu Airport or 105 minutes by jetfoil from Takeshiba Pier, Oshima Island is the largest of the nine islands making up Tokyo’s Izu Island chain. Featuring Mt. Mihara, an active volcano and stunning ocean views, the island is home to the serenely secluded Hajikama Shrine and the beautiful Tsubaki Hana Gardens. The island's Oshima Zoo and Museum of Volcanoes are also popular places to visit.

Said to have been established in the seventeenth century, Hajikama Shrine is an extraordinarily beautiful spiritual space found in the north-east of the island. Situated within a grove of cedar tree sentinels, the grounds of the shrine are covered in moss, completing an already serene ambience.

A privately owned garden made accessible to the public, Tsubaki Hana Garden was established in the 1970s. With its four hundred varieties amongst its two thousand camellia trees, the garden is said to be the only place in Japan that offers such stunning panoramic view of the ocean and Mt. Fuji.

With the island's Mt. Mihara an active volcano, the Museum of Volcanoes is a fascinating look at how volcanoes operate and the role they play in the natural world. Volcanic rock samples, photographs and lots of footage can be found at the museum including one of the famous eruption of Mt. Mihara in 1986.

Thirteen minutes by car from Oshima Airport or five minutes from Motomachi Port.

With its enclosures taking advantage of the island's volcanic terrain, the Tokyo Municipal Oshima Park Zoo features one of Japan's largest flying spaces as well as the country's largest primate enclosure. Lemurs, camels and Japanese weasels are among the many animals this free zoo. 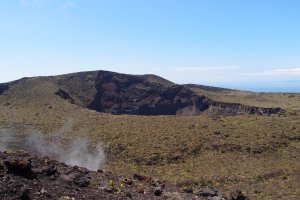 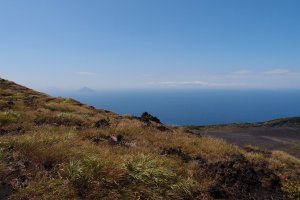 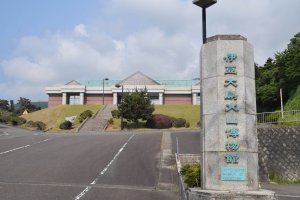 Sander van Werkhoven 11 months ago
Been there last year for just two days, but had a great time. Just rent a bike and ride along the coast, towards the Volcano Museum, and further south to the layered rock formations. And of course you have to climb the volcano, and then walk down all the way to Oshima Onsen for some bathing with a view: https://i.imgur.com/AyDhEKg.jpg

And what better way to end a day that at Hama-no-yu (bring swimwear!), enjoying the bath tegether with the locals while watching the sunset with the view on Izu-hanto and other islands. Life doesn't get much better than that!

The only thing I found a bit difficult was finding places to eat, since there aren't that many restaurants and the opening times seemed rather random. And not a single konbini at the island....
Reply Show all 1 replies

Sleiman Azizi Author 11 months ago
Probably a good thing that there is no convenience store... You should write up an article about your experience!
Reply

Lynda Hogan a year ago
I haven't been out to any of the islands yet, more's the shame. I like the sound of the volcano museum.
Reply Show all 2 replies

Elizabeth S a year ago
I visited Hachijojima on the recommendation of a colleague... And caught island fever! There are so many cool island getaways just off of Tokyo. I'm going back this winter!
Reply

Sleiman Azizi Author 11 months ago
It's ironic because the actual volcano is, in many ways, its own museum!
Reply

Elizabeth S a year ago
I’ve been curious about this island for ages. Camellias are so gorgeous, and this is the place to see them, right?
Reply Show all 1 replies

Sleiman Azizi Author a year ago
It is indeed.
Reply

Kim a year ago
A very unique landscape!
Reply Show all 2 replies

Sleiman Azizi Author a year ago
The isolation would be intoxicating. Try and imagine further south!
Reply

Kim a year ago
It'd be refreshing, I think!
Reply
10 comments in total
Back to Contents