From architectural masterpieces to havens for tired travelers

The Chubu region of Japan comprises several prefectures in the middle of Honshu, and the area is home to some incredible displays of nature like the Japan Alps and Mount Fuji. Some of the man-made structures here also impress, including train stations that run the gamut from aesthetically-pleasing architectural masterpieces to relaxing havens for tired travelers.

This guide covers five of Chubu's unique train stations – be sure to keep them in mind if you're passing through in the future.

When viewed from behind, Niigata's Kubiki Station seems to take on the appearance of a UFO. The egg-shaped dome was designed by Hokkaido-born architect Kiko Mozuna (1941 - 2001), who won a variety of awards throughout his career.

The inside of the building continues the UFO feel, too.

From a distance, Kato Station seems to look like any other non-descript, tiny countryside train station. Get a little closer, however, and you'll notice the red, blue, and white striped barber poles out the front. The station doubles as a barber shop, so you can get a haircut while you wait for your train – ultra convenient!

Revered for its harmonious blend of tradition and modernity, Kanazawa Station's identifying feature is the Tsuzumi-mon Gate which was inspired by traditional Japanese Noh drums. The gate stands almost 14 meters high and has become a tourist destination in and of itself since it was unveiled in 2005. The station regularly features on lists of the world's most beautiful stations, too.

What could be better for a traveler passing through a station than a footbath to soak their weary feet? Nagano's Kami-Suwa Station offers passersby just that, and it can be found on Platform 1. The waters of Kami-Suwa Onsen are revered for their ability to assist with aches and pains, skin conditions, and more.

Arguably one of the country's most scenic stations, Shizuoka's Okuoikojo Station sits on a cliff surrounded by water – you can get some perspective of it from the cover photo of this guide. The unmanned station is regarded for its year-round beauty, but it's said to be particularly gorgeous during autumn when the surrounding leaves are changing. 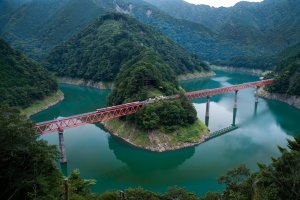 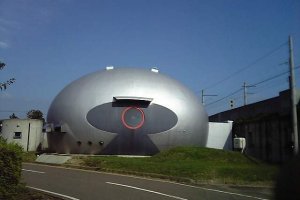 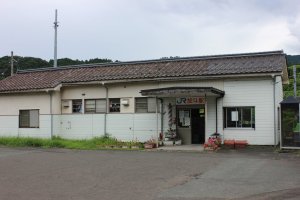 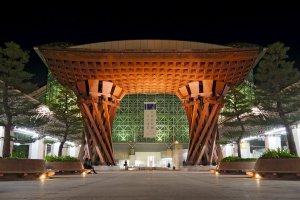 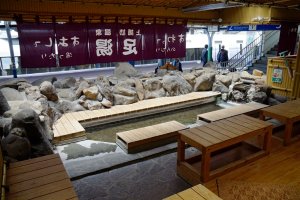 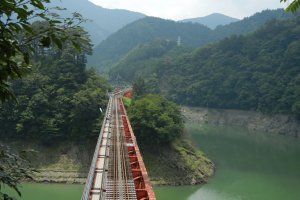 Justin Velgus a month ago
The word "unique" is often overused in travel promotion, but this list justifies its use! Great collection.
Reply Show all 1 replies

Kim Author a month ago
Thanks! I love fun architecture and design, so I'm always on the lookout for things outside the norm!
Reply

Sleiman Azizi a month ago
That cover shot is stunning!
Reply Show all 1 replies

Kim Author a month ago
Isn't it? Has to be one of the most beautiful stations in Japan, I'd think!
Reply

The only one I've been is, unsurprisingly, Kanazawa Station. Okuoikojo has been on my list, but plans changed...
Reply Show all 1 replies

Kim Author a month ago
Some of them are a little out of the way, so it's understandable! But still, they're fun places to look out for if you're in the area!
Reply
6 comments in total
Back to Contents