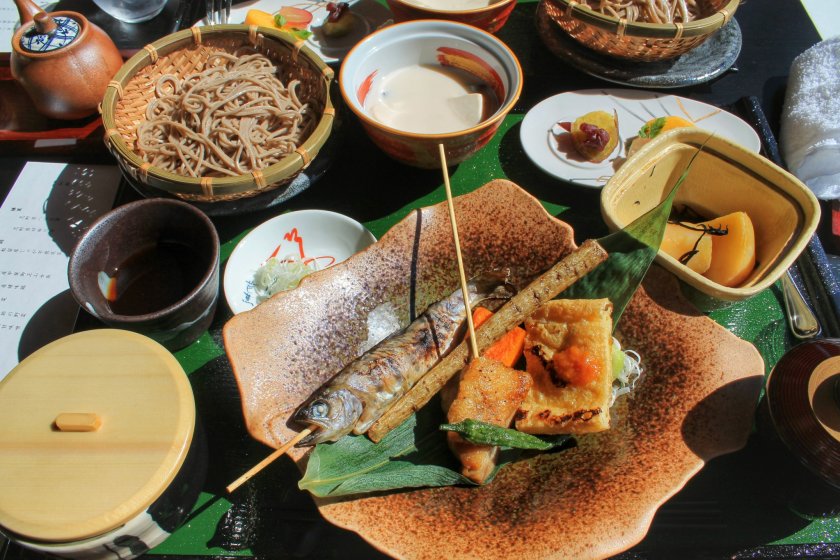 An English proverb says “When in Rome, do as the Romans do.” Even though most Japanese will excuse some little mistakes in etiquette, because they know that foreigners might not be established in Japanese manners, it's always good to know about a culture’s taboos and what is considered to be unrefined or childish behavior.

When it comes to eating, there are a few things you should and shouldn’t do that you might not think of if you aren't familiar with the local customs. Here’s a short guide to Japanese table manners and the biggest dining taboos.

Before starting your meal

At the beginning of your meal or when you sit down in a restaurant, you will be given a wet towel, or o-shibori. These washcloths are either wrapped in plastic, loosely rolled on a small tray or they are presented directly for you to take out of the server's hand. Use one to clean your hands and put it back on the little tray or the plastic wrapper. You can use it during the meal again to clean your fingers or hands.

When Japanese start to eat, they say “Itadakimasu,” which literally means something like “I receive” in a very polite way. While you say it, you can put your palms together and can slightly bow in front of your meal if you are in a slightly formal or polite situation. The Japanese language does not have a common set phrase for telling others to enjoy their food as some Romance and Germanic languages do, so only people partaking in the meal will say this. In case you are still waiting for your food and want others offer to start their meal (which will often happen), you can say "O-saki ni dozo," which means "Go ahead, please."

Eating with chopsticks, or o-hashi

Although Western-style meals here are eaten with forks, knives, and spoons, Japanese-style meals are eaten with chopsticks. When you get disposable wooden chopsticks in a restaurant that you have to break in two, please refrain from rubbing them together. This is what you might have seen in movies, but it’s not good manners in Japan and you won't ever see any Japanese do this. Nowadays even the disposable chopsticks are of good quality and there shouldn’t be any splinters when you break them.

Eating with chopsticks can be a challenge if you are not used to it. But give it a try! Hold one chopstick firmly with your ring finger and base of your thumb. The other one is placed parallel to it between your middle and index finger a well as your thumb, allowing you to move it and bring the tips together. Sounds complicated? Just try it and practice a bit, and you’ll be used to it within no time.

If you can’t get hold of your food with chopsticks, kindly ask for a fork or a spoon, and try not to use the chopsticks as skewers. Every once in a while you'll see this, but it’s generally considered to be bad manners and is connected with childish behavior. You should also avoid pointing with your chopsticks to people or food or gesticulating with them in general.

While eating rice with chopsticks, Japanese often hold the bowl in their other hand rather than leave it on the table. This way you can hold the bowl closer to your mouth and avoid losing too much food on its way there. But you should refrain from holding it attached on your underlip and shoveling the rice into your mouth.

When you have to lay your chopsticks down, place them on the little chopstick rest, or hashioki, or just next to your bowl. Never stick them into the rice! Sticking chopsticks vertically into a bowl of rice is part of a Buddhist ritual to offer food for the deceased. If you do it with your meal, it’s very offensive.

Another chopstick taboo that is connected to a Buddhist ritual is passing food to another person, chopsticks to chopsticks. At funerals people use chopsticks to pick bones out of the ashes and pass them to one another or hold the same bones together before transferring them to the urn. When you want another person to try your food, place something on their plate or let them take it directly from your plate.

As for sushi, you can eat it with your hands, but most of the time you will get chopsticks. Keep in mind that soy sauce, like most all sauces in Japanese meals, is meant to be used sparingly. If you drown your sushi, not only will the flavor be unbalanced, the liquid will break the rice apart, making a mess! For best results, just do the best thing you can do anywhere: observe what the others are doing and do the same. Read our guide on how to eat sushi for more details.

While many Europeans and Americans are told by their parents not to slurp soup, things are different in Japan. Slurping your noodle soup is not only functional because it cools the hot noodles down a bit and allows you to eat them without burning yourself. It is also accepted and you will hear it a lot in noodle restaurants. Sometimes you will get a soup spoon for the broth and you can place some noodles on the spoon to let them cool down a bit before eating them.

But while slurping your soup is okay, other eating sounds such as smacking and burping are not considered to be good manners, so watch out if you tend to you indulge in loud eating.

When you are with others, especially at a party, don’t drink before everyone has their first drink and there is a ceremonious beginning to kick things off. Then you can lift your drink and say “Kampai,” or "Cheers." Literally this means "empty glass." If you or your party orders alcoholic drinks that come in bottles, such as beer, sake or wine, the custom here is to pour drinks for each other into glasses. Avoid pouring your own drink. Instead, pouring for someone else is a kind gesture that will usually get him or her to pour for you. If you don’t want to drink alcohol, it is ok to say so and most restaurants offer non-alcoholic beer as well as soft drinks, tea and water.

At the end of a meal you say “Gochisosama deshita,” which means “Thanks for the food.” You will even hear Japanese saying this when they are in a restaurant alone. The gesture with your hands and the slight bow are the same as at the beginning of your meal.

If you eat at a restaurant, don't leave a tip. Good service goes without saying and is included in the price. Thus tipping might be considered rude or a misunderstanding. Someone might even follow you out into the street to give you the money you "forgot" on the table.

Now you know the basic rules of table manners and are ready to discover the amazing and frequently surprising Japanese cuisine! 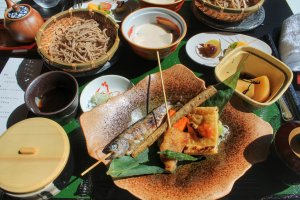 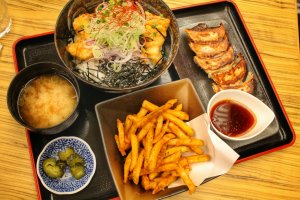 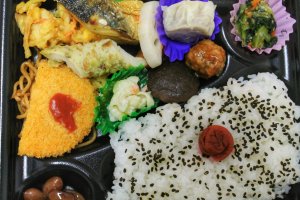 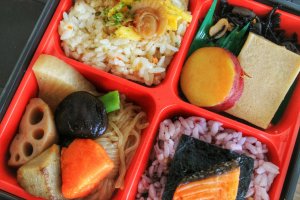 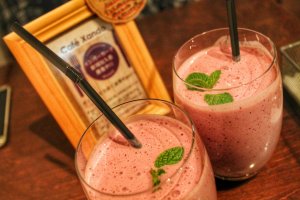 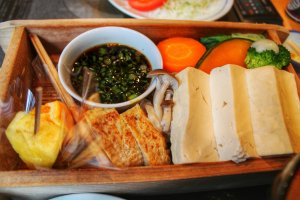 Sleiman Azizi 8 months ago
Yes, when in Rome...
Reply Show all 0 replies

Kim 8 months ago
Guides like these are always helpful!
Reply Show all 0 replies

Guillaume Doré 6 years ago
There is two things about the chopstick that I heard and that I can confirm as being true.
1. Do not catch the food of someone else on their chopstick, it remind a funeral practice, so just let the other put the food down on a plate than pick it up.
2. If you want to take food from a common plate and give it to someone else, you can use the other side of the chopstick (the one you have not put in your mouth), but it's fine to take food from a common plate the same way you would eat.

I took the "bad manner" of slurping my tea and soup. I get scolded by my sisters as they hate that.
Reply Show all 0 replies

Justin Velgus 6 years ago
Great introduction. I think it may be worth mentioning that asking to change a menu item at a restaurant is not usually done. If you can't eat something for allergies or religious reasons, speaking up is important. However, asking for substitions or something being cooked a different way is usually not done. The thinking being the chef knows what tastes good, so you should be here to eat it.
Reply Show all 0 replies
6 comments in total
Back to Contents