While the parks here are definitely local in nature, Kunitachi City does deserve a thumbs up for its commendable efforts at nature preservation. The city's major park is an impressive reservoir of natural history while its other natural spaces are a charming take on natural greenery. Here is an introduction to some of the natural spaces of Kunitachi and how to reach them.

Deliberately preserved for the coming generations, Joyama Park is a remnant of the environment that once existed in the region. Along with its waterways, groves of trees, fields of rice and walking trails, this small oasis also offers a nod to human history with an old traditional thatched roof home from the Edo period.

A 16-minute walk from Yaho Station on the JR Nambu Line.

Rock and stone landscaping, as well as plenty of play equipment and water areas, makes Kitadaichi Park a neat little space for families. With its open space and a scattering of cherry blossom trees and maples adding to the seasonal charm, the park is a popular place for the locals to unwind while their children let off some steam.

15-minute walk from Kunitachi Station on the JR Chuo Line.

A charming little sliver of a stream, foliage-heavy Mamakayusui Park is bare bones local. While it's popular enough with children who are sometimes seen with their hand nets as they collect small shrimp from the shallow waters, the park is surrounded by rice fields giving a stroll along here a decided sense of rustic serenity.

A 10-minute walk from Yagawa Station on the JR Nambu Line.

With an abundance of green, the foliage of the Yaho Green Space gives off a sense of isolation yet just a stone's throw away to the south lies the Tama River. The park is also home to a pond and some water canals while a few pieces of play equipment offers some distraction for the children from hiding in the bushes.

A 20-minute walk from Manganji Station on the Tama Monorail. 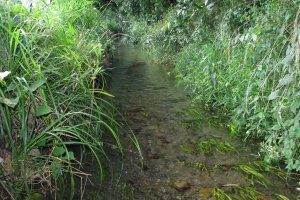 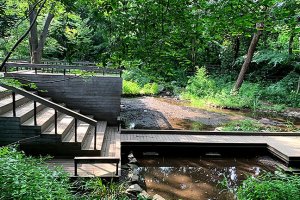 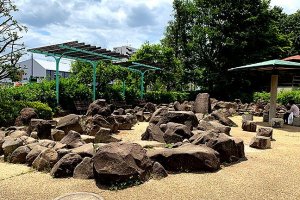 Elizabeth S 3 weeks ago
I tell my friends and family all the time that Tokyo is a surprise for all its green spaces. And rice paddies! There really are such places in one of the biggest cities in the world.
Reply Show all 1 replies

Sleiman Azizi Author 3 weeks ago
I hope this series of articles is good evidence for it.
Reply
2 comments in total
Back to Contents