Where to find National Treasure swords in Tokyo

Synonymous with quality, Japanese swords have been forged through generations of exacting tradition and craftsmanship. Famous according to skill of their swordsmiths, Japanese blades come in various designs including short tanto blades, straight tsurugi ones and the more recognisable curved tachi and katana blades. There are some 120 swords and sword mountings registered as National Treasures with close to half of them held in either private or public hands within Tokyo city. Here is a simple guide to where in Tokyo these National Treasure swords can be found.

The many tachi blades held by the Tokyo National Museum include the 10th-century Crescent Moon, one of the Five Swords Under Heaven. Another is a 14th-century blade once presented to Emperor Taisho. The aptly named 10th-century Monster Cutter deserves a mentions and so too the 12th-century Great Kanehira, named because of its prodigious size. The 13th-century Okada Slayer was used to kill. Katana blades at the museum include a famous Masamune blade from the 14th century featuring gold inlay as well as a 13th-century blade once held by the Kanze School of Noh theatre. A thick-bladed tanto was once owned by Tokugawa Ieyasu himself.

Society for the Preservation of Japanese Art Swords

Created by the founder of the Tegai swordsmith school, the Seikado Bunko Art Museum holds a 13th-century tachi blade with a prophetic name that could be translated as Wrapping Eternity.

The Agency for Cultural Affairs holds several tachi from the 12th and 13th centuries as well as a 14th-century katana blade with gold inlay and a tanto blade, the latter a favourite of the Tokugawa Shoguns.

Rarely open to the public, the Maeda Ikutokukai holds two katana blades, one from the 14th century and the other a 13th-century Masamune blade. The organisation also holds an 11th-century tachi identified as One of the Five Swords Under Heaven.

Two tanto blades can be found at the Mitsui Memorial Museum, one a 13th-century Masamune blade and the other, a 14th-century blade handed down to the Tokugawa clan.

The Eisei Bunko Museum holds two 14th-century tanto, one named the Kitchen Knife and the other made by Etchu Norishige and considered to be his best work. The museum also features a 13th-century katana with gold inlay.

A favourite shrine of the Tokugawa clan and currently one of the more popular shrines for families and their children, Hie Shrine also happens to be in possession of a 12th-century tachi blade crafted by Ichimonji Norimune. 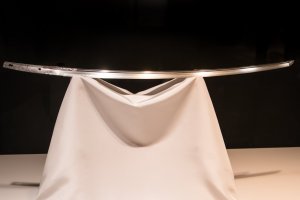 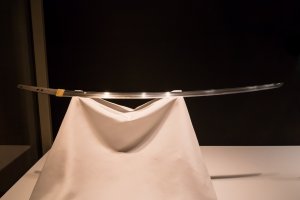 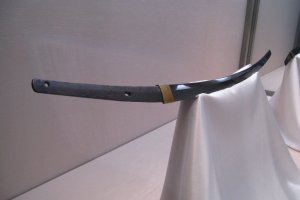 Geraldine Buergel a month ago
I think visiting some of those places just became my mission for this year :D
Reply Show all 1 replies

Sleiman Azizi Author a month ago
It's amazing how popular the swords are to people.
Reply

Bonson Lam a month ago
Hope you get to experience how these swords are made. It is really an amazing form of craftsmanship.
Reply Show all 1 replies

Sleiman Azizi Author a month ago
Now, there's a tour right there.
Reply

Kim B a month ago
How fascinating that there is actually a society dedicated to the preservation of these swords! I love that.
Reply Show all 2 replies

Kim B a month ago
Haha! Something for every interest and occasion!
Reply

Now, when sword enthusiasts ask me about blades, I know where to point them. Sorry, I couldn’t resist the opportunity!
Reply Show all 1 replies

Elena Lisina a month ago
Beautiful but scary, and I'm happy to live in this time but not in the past!
Reply Show all 1 replies

Sleiman Azizi Author a month ago
Some of those blades have very interesting histories.
Reply
11 comments in total
Back to Contents