No stay in Japan is complete without going to an onsen, or natural hot spring. Bathing in one of Japan's famous onsen is one of the most relaxing experiences on this planet, as you will feel the hot springs' water warm you to the core, healing your tired body. While many first-timers might be intimidated by being fully nude in front of other bathers, strip away your fear along with your clothes and feel truly refreshed and reinvigorated.

If there's one thing Japanese people love, it's baths. You'll notice that at most Japanese houses, the bath is separate from the shower, as people look forward to relaxing in hot water at the end of the day and soothing their stresses accumulated in everyday life. There's even a Japanese phrase, hadaka no tsukiai (literally "naked relationship"), that refers to how interpersonal bonds are strengthened by bathing together, hiding nothing from each other.

The first instances of people bathing in onsen date back to the 7th century, and it has become the prime form of leisure for Japanese people since. However, an onsen is just not any regular bath – bathing in an onsen has many health benefits, due to its many minerals. Many onsen (according to legend) were discovered when people saw wounded animals bathing in them to heal themselves, while samurai would use onsen to treat their battle scars. It has been scientifically proven that bathing in onsen can help maintain good health and remedy numerous aches, some injuries, high blood pressure, diseases, skin conditions, diabetes, and much more, according to the water's mineral composition.

One of the most volcanically active countries in the world, there are thousands of onsen all over Japan, though the majority are found in the countryside. It's not a stretch to say that no two onsen are the same, as each has its own unique mineral composition, charms, and specialities.

On maps, onsen are usually marked with the kanji for hot water 湯 (yu), the hiragana ゆ, or the symbol ♨, while many are also annexed to Japanese ryokans and hotels.

Onsen and public baths in Japan come in a variety of forms, each with their own special characteristics. Below are the types of baths you may come across:

How to Bathe in an Onsen

Though Japan has countless famous hot springs of various characteristics, and bathing in any of them is ensured to be a cathartic experience, the onsen below are considered to be the cream of the crop (Note: many of them refer to onsen areas and districts, not just one specific onsen):

According to The Pillow Book:

According to Hayashi Razan:

Based on the Nihon Shoki:

Japanese people aren't the only ones to enjoy onsen – learn about the snow monkeys in Nagano too! 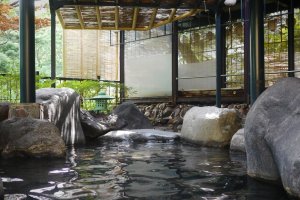 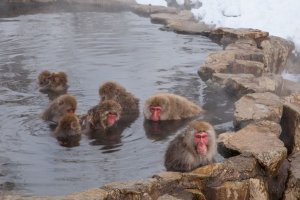 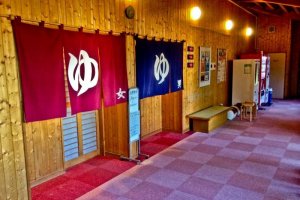 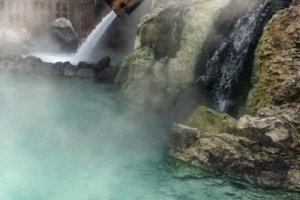 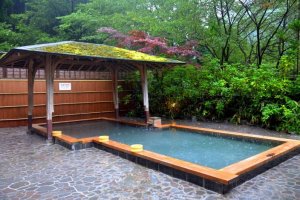 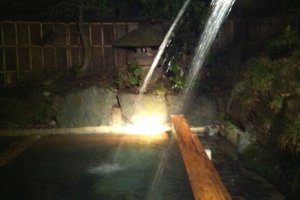 My Đặng a year ago
Really comprehensive and informative!
Reply Show all 0 replies

Carlos P. Jones 6 years ago
Definitely recommend Kashikiri for couples. You can find it on many hotels these days.
Reply Show all 0 replies

Odilia Sindy Okinawati 6 years ago
Hi Edward, I do really take note for your article about Onsen. Once I planned to go to Onsen before in Osaka, but I couldn't make it. Hope I can feel the warmth of Onsen during my visit in winter. Thanks
Reply Show all 0 replies
4 comments in total
Back to Contents