At last - somewhere that lives up to the hype!

Wherever you're heading to next in Japan, the chances are that a visit to an ‘Onsen’ (hot spring) is somewhere on your itinerary. Liked by many tourists and adored by virtually every local, the Onsen is an essential part of experiencing the depth and beauty of Japanese culture.

Ironically, this is one of the very few things about Japan that has never really appealed to me. Perhaps my previous experiences of visiting overcrowded and over-commercialized spas had given me a rather negative impression until recently. However, this is something that has changed for the better since going to Nyuto Onsen.

Located in the Towada-Hachimantai National Park in Akita Prefecture, everything about Nyuto Onsen oozes style and sophistication. Beautifully set within a peaceful mountain valley covered with acres of virgin beech forest, this is one place where you can find real seclusion and an escape from the often suffocating pace of city life.

Interestingly enough, the name Nyuto Onsen actually refers to a conglomerate of seven different spas located around the same mountain. Although all of them are relatively close to each other, you will either need your own transport or be prepared to walk several kilometers if you wish to see more than one of them.

Without a doubt, the best option would be to stay overnight in one of the Ryokans (Japanese Guesthouses) attached to each Onsen. If time and money aren't a problem, spending one night in several different Onsens would be a great idea like this in one place worthy of investing as much time in as possible. As an added incentive, it is possible to visit any of the spas which are open to ‘day-visitors’ for a reasonable 500-Yen entrance fee.

With each Onsen having its own unique atmosphere, it is easy to understand why people travel from the furthest parts of the country to come here. Believed by ancient Samurai to heal wounds, people have been coming here for over 350 years to seek comfort in the soothing hot spring water which is known to help relieve many types of physical pain.

In the end, I decided to stay at the more modern but convenient ‘Nyuto-Onsenkyo’ (National Park Resort Village). For about 11,000 Yen (including dinner and breakfast), you can stay at this pleasant resort with its spacious Tatami style rooms and an Onsen containing three baths, one of which is a ‘Rotenburo'(outside pool). Interestingly, each of these baths runs from a different water source containing different mineral compositions which explain the reason for their unique color. Whatever one you like the best, you will immediately feel the soothing effects of the water.

As well as having a great Onsen, the surrounding area provides excellent walking opportunities with numerous walking tracks passing through lush green beech forest and past several picturesque waterfalls. Free guided walks are available daily from the hotel lobby. If you’re feeling especially energetic (which unfortunately, I wasn't on this day), one of the tracks leads to the summit of nearby Mount Nyuto.

In stark contrast to the Resort Village is Tsuruyu Onsen which, despite being located only a couple of kilometers away, feels as if it is from another period in history. The beautiful black wooden buildings placed either side of a river and surrounded by picturesque mountains create a truly timeless atmosphere. When walking around, you will see many Tatami-style guest rooms with a traditional ‘irori’ (fire-pit), used to cook food several centuries ago. After spending several minutes here, it is easy to forget the fact that you are in the 21st century.

A great way to end the day is by trying some local cuisine – ‘Sansei Ryori’ (mountain vegetables) – which is so exclusive to this area that it is almost impossible to find anywhere else. Indeed, this was the first time I had seen most of the ingredients. A surprising favorite was boiled bamboo roots served with a sour strawberry sauce.

However long you stay, your time here is almost certainly guaranteed to recharge you both mentally and physically before returning to civilization.

Despite this place's seclusion, it is surprisingly easy to reach by public transport. From Tazawako Station, simply catch any Nyuto Onsen bound bus which will drop you off at ‘Tazawa Kogen’ bus stop. From here it’s a pleasant 20-minute walk up a well-sign-posted road to the resort’s main entrance. The area also has free parking lots in proximity to most ryokan for people traveling by car.

If you are lodging at one of the ryokan, you may be able to make arrangements for them to pick you up at a nearby bus stop. Please check with the ryokan and make reservations beforehand.

For travel between onsen, there is a shuttle bus called Yumeguri-go that departs about once every two hours. A one-day pass for this shuttle costs 600 yen. 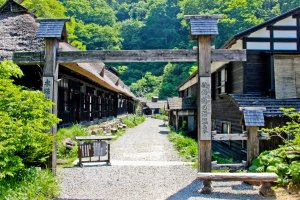 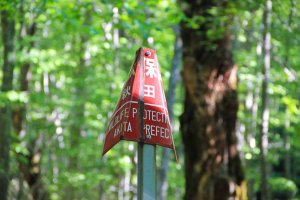 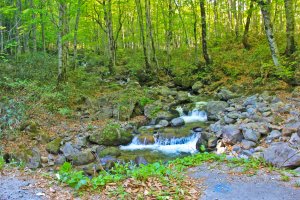 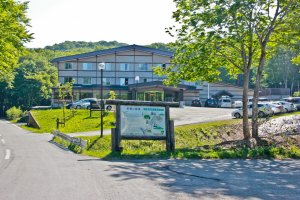 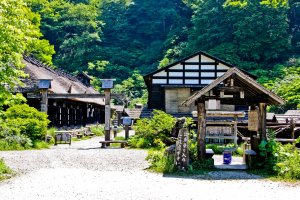 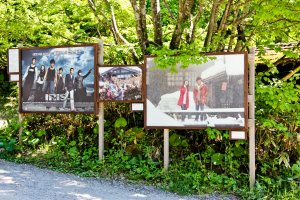 Nga Nguyễn 6 months ago
It looks so peaceful!
Reply Show all 0 replies

Justin Velgus 9 months ago
I would really like to check out this onsen town! I stayed in Miyagi's Naruko, but this area you introduced seems equally great. I would really enjoy the guided walks to explore the town and surrounding nature!
Reply Show all 0 replies

Lynda Hogan 2 years ago
This onsen looks particularly picturesque from the outside.
Reply Show all 0 replies
18 comments in total