Places of Scenic Beauty and History in Tokyo

Where to find nationally recognised sites in the capital

Tokyo features two representatives on the nation's Place of Scenic Beauty and History site listing. Both classical Japanese gardens, the two sites combine not only exquisite natural and traditional beauty but also unique and very different connections to the past. Here is a simple guide on where to find Places of Scenic Beauty and History in Tokyo.

Awarded national recognition in 2012 as a Place of Scenic Beauty and History, Koishikawa Botanical Garden is thought to be the oldest botanical garden in Japan. It began life as a medicinal garden for the Tokugawa shogunate in the late 17th century before becoming part of the University of Tokyo two hundred years later.

To this day, the Koishikawa Botanical Garden remains essentially a research centre with over four thousand species of plants under its care. Conservation remains a strong focus while perhaps not as well known as other locations, offers some of Tokyo's best cherry blossom viewing spots.

Originally designated as a Place of Scenic Beauty in 1933, Mukojima Hyakkaen Garden was upgraded to national status in 1978 as a Place of Scenic Beauty and History. A direct remnant of the Edo period, this strolling garden was designed by an antique dealer with a passion for art and literature. Featuring over 200 plant species and some 360 trees plum trees, the overall landscape design centres upon classical literature.

Numerous stone monuments are found throughout the garden and all of them are engraved with choice examples of classical prose and poetry. An almost obscure feature is the garden's seven traditional herbs of spring and autumn collection. The garden's name hyakkaen refers to the hundred(s) of flowers planted after it was opened. 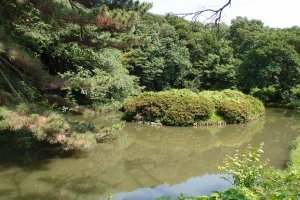 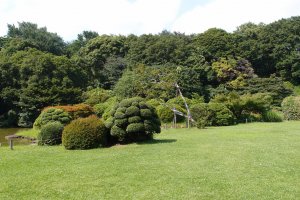 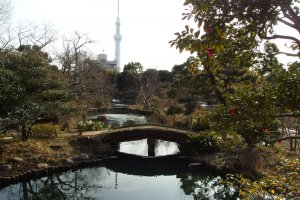 Kim B 3 weeks ago
Love the photo of Mukojima Hyakkaen Garden with Skytree in the background! A really nice mix of traditional and modern.
Reply Show all 2 replies

Sleiman Azizi Author 3 weeks ago
It's a popular spot for photos like that. Almost everyone who visits takes a shot from there.
Reply

Elizabeth S 3 weeks ago
I’ve got one in my album!

The contrast reveals where you are, and where Tokyo has come from.
Reply
3 comments in total
Back to Contents