Spot these colorful destinations on your Japan travels

Often associated with wisdom, spirituality, and bravery, the color purple can be found in both the natural world and in man-made structures across Japan. This guide covers several destinations throughout the country that take on a purple hue.

A springtime favorite on many people's Japan travel itineraries, Tochigi's Ashikaga Flower Park is one of the country's top destinations to enjoy the beauty of wisteria, or fuji (藤) in Japanese. Over 350 wisteria trees can be found on the park's grounds, including one that is referred to as the 'great wisteria' – it's around 160 years old and spreads out over a trellis area equivalent to 600 tatami mats!

Part of the Nishi-Nippon Railroad's Tenjin Ōmuta Line, Murasaki Station literally has the Japanese word for purple in its name. Typically, stations along this line have their signage in blue, but Murasaki Station does things a little differently!

Head to Meiji Shrine during June, and a look at the Inner Garden is a must. Entrance is ¥500, and visitors can appreciate the beauty of around 1500 irises in bloom. The garden still has plenty of beauty to enjoy at other times of the year, including azaleas earlier in spring and vibrant colorful leaves in autumn.

Not all torii arches out there are the typical reddish-orange tone! Kagoshima's Daisha Tengu Shrine is located around 10 minutes drive from Hyōkiyama Station, and the torii arch here is purple. The shrine's main building also has some purple accents on it, too.

Another perfectly purple floral favorite, Farm Tomita's lavender fields lay claim to being some of the oldest in Japan. The blooming season for the lavender here is from the late June to early August timeframe, but plan for early to mid July to see the flowers at their best.

If you're visiting Okinawa and find yourself in the Ginowan area, be sure to stop by Stickywich. The store has a fun purple exterior, and they serve up a variety of sandwiches on freshly baked bread. Some of the flavor options include jerk chicken, spicy pulled pork, and herb grilled salmon.

For the digital art fans out there, a great place to get your purple fix is at TeamLab Borderless in Odaiba, Tokyo. The Forest of Resonating Lamps exhibit takes on a purple hue at this time of year, inspired by wisteria flowers. Sadly, the venue is scheduled to close at the end of August 2022, so get in while you can. 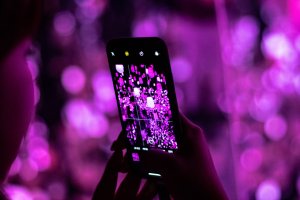 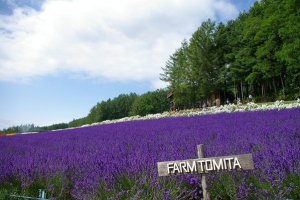 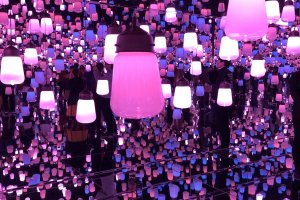 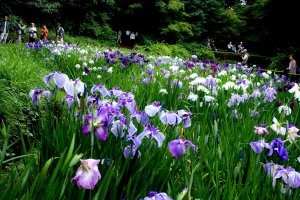 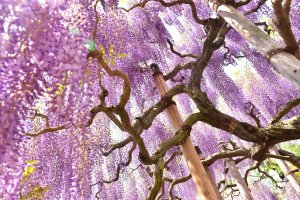 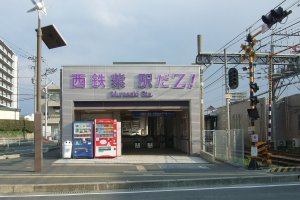 Elizabeth S 2 months ago
Meiji Shrine Inner Garden is a little like the Tardis - it's bigger than it looks from the gate. No matter when I've visited, including iris season, it's serene.
Reply Show all 1 replies

Kim Author 2 months ago
I like that description!
Reply

Sleiman Azizi 2 months ago
Don't forget the hair colour of many seniors! Purple is the colour of royalty...
Reply Show all 4 replies

Justin Velgus 2 months ago
I see purple, but green hair seems to be popular for some seniors in Sendai. Maybe to match all the trees!
Reply

Kim Author 2 months ago
Man, those are some hip and fun seniors!
Reply

Sleiman Azizi 2 months ago
Green?!? Never seen that one before. Wow...
Reply
7 comments in total
Back to Contents