A taste of some of the local foods of Aomori

The cuisine of Aomori prefecture is known for having some of the best tuna in the entire world. Beyond that though, a cheap but satisfying dish of beef and onions sits alongside a number of hotpot stews that are intimately connected with the prefecture's famously harsh winters. Here is a simple guide to some of the regional cuisine of Aomori.

Fleshy and fatty, Aomori's maguro-don melts in the mouth with the arguably the world's best tuna meat. Sourced from the waters of the Tsugaru Strait using traditional fishing techniques that help to protect the flesh, this famous tuna is popularly served on bowls of steamed rice to the delight of all lovers of tuna.

Kenojiru is a miso-based soup filled with neatly diced root vegetables like daikon radish, carrots and burdock as well as deep-fried tofu. Like much of Aomori cuisine, the flavour of a pot of kenojiru continues to improve after multiple reheatings, making it a perfectly sustainable - and healthy - meal in the middle of the region's rugged winters.

A dish of beef rib and onions, barayaki is seasoned with a sweet & spicy soy sauce and grilled on a sizzling hot plate. Said to have originated as a way of making use of the cheap beef that was available in the 1950s, barayaki is a very easy meal to prepare and with its delicious flavour and meaty texture, easy to eat as well.

Making good use of the leftover parts of fish, particularly cod, jappajiru features the fish's head, bones and other bits and pieces of flesh mixed in with plenty of vegetables like cabbage and leek. Seasoned with salt and miso, and simmered for a long period of time, jappajiru is mentioned in local proverbs and is the perfect dish to warm the locals from the inside out. 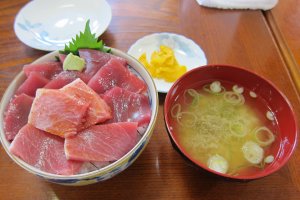 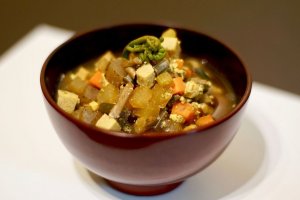 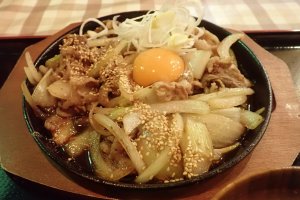 Kim B a month ago
Kenojiru sounds great - love that it's something that works well reheated!
Reply Show all 1 replies

Elizabeth S a month ago
In the winter I make miso broth mixed soup like that. It’s a dish a friend from rural Ibaraki taught me. He calls it inaka miso shiru. I reheat it and put it over rice. Yum!
Reply

Sander van Werkhoven a month ago
Not exactly the list I expected, but it only shows how much Aomori has to offer. I knew of kenoshiru and jappajiru, but haven't had the chance to try it. And I've had magurodon several times, just not in Aomori (partly because I didn't have time to visit tuna-capital Oma at Shimokita). Barayaki is new to me, but this sounds like a dish you just can't go wrong with...

Also for festival food, I've visited Hachinohe both in summer (Sansha Taisai) and winter (Emburi), and I'd say Hachinohe has the best food of all matsuri I've visited!
Reply Show all 1 replies

Sleiman Azizi Author a month ago
Each prefecture has so much to offer, it's always a trick to choose one dish over another.
Reply

Elena Lisina a month ago
I bet my favorite would be Maguro-don! :P
Reply Show all 1 replies

Sleiman Azizi Author a month ago
Melt in your mouth deliciousness.
Reply
6 comments in total
Back to Contents