A taste of some of Chiba's local foods

Blessed with a seafood-rich coastline, a vibrant agricultural sector and proud local heritage, Chiba Prefecture surprises many with its regional cuisine. From seafood dishes sourced from local fishermen traditions to a modern take on noodles that makes full use of the prefecture's quality dairy produce, the food here can only be described as genuinely delicious. Here is a simple look at some of the regional cuisine of Chiba.

A kind of fish tartare, namero is the local fishermen dish of Chiba's southern Boso Peninsula. Minced iwashi sardine and aji horse mackerel are then garnished with diced shallots, shiso leaf, ginger and miso. The sharpness of the diced condiments really brings out the flavour of the fish while a grilled version, known as sangayaki, is also very popular.

While makizushi is common in Japan, Chiba's version of it prizes visual creativity. Making use of the area's rich seafood, futomakizushi is prepared so that when cut, a beautiful array of patterns and colour reveals itself. Slightly sweeter than most rolled sushi, futomakizushi is a proud tradition of Chiba.

A city known for its dairy produce, Sodegaura City has turned noodles into a prized food in Chiba with its gau ramen dish. Taking full advantage of its local strengths, gau ramen broth is made with top quality milk and cream cheese, giving the dish a decidedly rich flavour. The kick of ginger adds spunk to this incredibly delicious ramen variety.

Chiba's Narita City may be famous for its international airport but for lovers of eel, the city is synonymous with unagi eel dishes. Charcoal-grilled unagi has been a source of pride here for centuries with local restaurants still giving off the remnant vibe of an Edo-era affluence which each store defined by its secret sauce recipes. 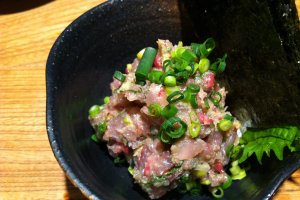 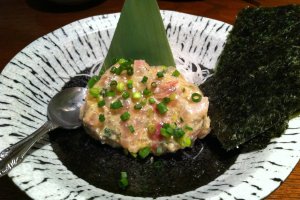 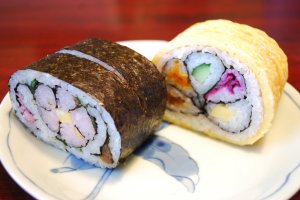 Elizabeth S a month ago
I lived next door to Sodegaura, and never knew about gau ramen. The dairy products in it make it too rich for me, but I’d try it once.

Unagi at Narita City is not to be missed!
Reply Show all 0 replies

Sander van Werkhoven a month ago
Unagi is the only one I've actually eaten in Chiba (Narita), and it was great. Might have been the best unagi I've had all over Japan, though the unagi at Hamamatsu was pretty darn good too. I wouldn't mind trying both again just for the sake of comparison :-)

Sleiman Azizi Author a month ago
The first time I ate unagi I couldn't believe something so delicious could exist.
Reply

Sherilyn Siy a month ago
I've heard of ramen with a pat of butter (Hokkaido) but not ramen with cream cheese. A must try.
Reply Show all 1 replies

Sleiman Azizi Author a month ago
Ramen tour anyone?
Reply

Elena Lisina a month ago
There is a master-class in Chiba that I've always wanted to try, but had no chance yet :
https://en.japantravel.com/chiba/making-rose-sushi/24474
Reply Show all 3 replies

Kim B a month ago
That is now on my bucket list!
Reply

Sleiman Azizi Author a month ago
I bet it's a long list...
Reply

Kim B a month ago
Ridiculously long, haha...if only I had about 17 lifetimes, I might get around to accomplishing everything on it!
Reply

Kim B a month ago
Wow, the futomakizushi is gorgeous! A real edible work of art.
Reply Show all 2 replies

Sherilyn Siy a month ago
I went to a class once to make fancy futomaki. Lots of work involved!

Kim B a month ago
I think I'd almost feel guilty eating it, like I do with wagashi sometimes!
Reply
12 comments in total
Back to Contents