A taste of some of the local foods of Hiroshima

Even without its incredible sightseeing opportunities, Hiroshima would still be worth visiting just for its magical oysters and hearty style of okonomiyaki pancake. These foods alone do a great job of representing the prefecture around the nation but Hiroshima also surprises with some rather unique variations of the classical winter hotpot dish. Here is a look at just some of the local foods of Hiroshima.

A kind of oyster hotpot, kaki no dotenabe sees the inside of a pot is coated with miso paste. Unique to Hiroshima, the miso is then mixed into the broth to taste. Filled with oysters, tofu, and vegetable, this incredibly heartwarming dish with its earthy umami flavouring is now found all over the country.

Joy simply does not do justice in describing the pleasure of eating Hiroshima's oysters. Accounting for the bulk of the nation's supply, kaki, as they are called in Japanese, are pearls of oceanic paradise and if you head down to Hiroshima Oyster Road, you will find scores of stores offering matches made in heaven.

Hiroshima okonomiyaki is the beast version of the usual okonomiyaki. The people of Hiroshima are rightfully proud of it as it helped fuel the city after its atomic tragedy. Layered instead of mixed, it includes plenty of cabbage, bean sprouts and pork as well fried noodle and egg, all doused with a liberal dose of Worcestershire-style sauce and mayonnaise.

Hiroshima takes its famous sake brewery tradition to another level with its unique hotpot dish, bishu nabe. Made without any extra water, this sturdy dish is simmered using only sake rice alcohol along with the natural juices found in its vegetable ingredients. Chicken or pork, along with some salt and pepper, help seal the flavour deal. 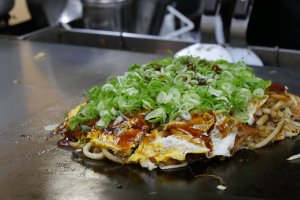 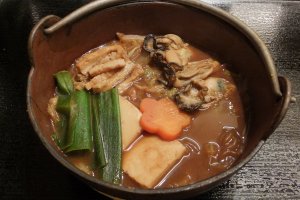 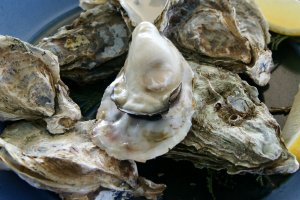 Sander van Werkhoven 2 weeks ago
Have your Okonomiyaki with oysters, for a double dose of Hiroshima! :-)

I never heared of those two nabe before, but both sure sound delicious!
Reply Show all 1 replies

Sleiman Azizi Author 2 weeks ago
A double dose... I think I'd die and almost go to heaven with that combination, lol
Reply

Elizabeth S 2 weeks ago
Hiroshima okonomiyaki has all the food groups, textures, and then there's the dousing of sauce it gets. It's got to be my favorite food in Japan.
Reply Show all 1 replies

Sleiman Azizi Author 2 weeks ago
Like the Hiroshima itself, it's the dish everyone loves to love.
Reply

Kim B 2 weeks ago
One reason I will never fully grasp Japanese...I read kaki and thought "persimmons?" but I never realized it was also the word for oysters!
Reply Show all 1 replies

Sleiman Azizi Author 2 weeks ago
Both are delicious though.
Reply

Elena Lisina 2 weeks ago
I like to watch the process of cooking okonomiyaki and then eating!
Reply Show all 1 replies

Sleiman Azizi Author 2 weeks ago
It's hypnotic.
Reply
8 comments in total
Back to Contents