A taste of some of Tokyo's local foods

Melting pot of the nation, international metropolis with more Michelin 3-star restaurants than anywhere else in the world, it's easy to overlook the fact that Tokyo actually has its own traditional cuisine. Born over several hundred years of Edo history, traditional Tokyo cuisine tends to have stronger flavours and is satisfyingly hearty, a reflection of its blue-collar heritage. Here is a simple guide to just some of the regional cuisine of Tokyo.

Modern sushi actually comes from Tokyo. This Edo-mae sushi was created as a fast food dish for busy citizens of the Edo era and became one of the staple dishes with street vendors lining up to offer easy eats for passersby. Now served with an outstanding array of toppings, traditional sushi featured seafood caught from Edo Bay.

Busy fisherman working the waters of Sumida River began to take advantage of the clams that gathered in the Fukagawa area. Served on a bowl of rice as a broth of clams, miso and chopped leeks, the humble Fukagawa-meshi literally became an essential dish of Tokyo households. It is now considered one of Japan's top five rice dishes.

A proper staple of the common folk during the Edo period, dojou-nabe is another hotpot dish, this time made of little eel-like loach fish, soy sauce and leeks. A variation exists known as Yanagawa-nabe. Here, the loach are simmered in a warishita stock with gobo burdock root and mixed with egg. Dojou-nabe restaurants are common in the Asakusa area. 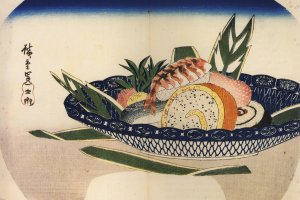 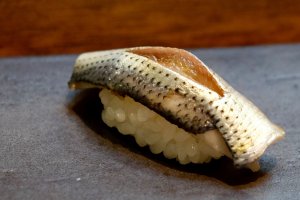 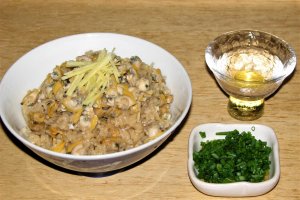 Elizabeth S a month ago
Fukagawa-meshi! Just south of Kiyosumi-Shirakawa Station is the Fukagawa district, and there are many restaurants that serve this classic dish. I spent a morning at Kiyosumi Garden, had Fukagawa-meshi for lunch, and took my time at the Fukagawa Edo Museum.
Reply Show all 1 replies

Sleiman Azizi Author a month ago
It's now become a standard dish throughout the country.
Reply

Sherilyn Siy a month ago
Suigian (https://en.japantravel.com/tokyo/the-height-of-elegance/44527) is one of the few restaurants that still make sushi the original Edo way. I was told that this method of making sushi was tedious.
Reply Show all 1 replies

Sleiman Azizi Author a month ago
But delicious, for sure.
Reply

Sander van Werkhoven a month ago
That dojou-nabe looks so unappetizing I definitely want to try it!
Reply Show all 2 replies

Sleiman Azizi Author a month ago
Yeah, people say it doesn't look the best but... I don't know, I think it has its appeal.
Reply

Sherilyn Siy a month ago
Sander, your comment made me laugh.
Reply

Shinobu Ishikawa a month ago
I like eel dishes, but the dojou-nabe looks a bit gross!
I've nerver had it. Does it taste good?
Reply Show all 1 replies

Sleiman Azizi Author a month ago
If you don’t like it, no. If you do like it, yes... :D
Reply

Kim B a month ago
How fun is regional cuisine? It's so different from prefecture to prefecture, and underappreciated in my opinion!
Reply Show all 1 replies

Sleiman Azizi Author a month ago
As the kids say, it's epic! lol
Reply
11 comments in total
Back to Contents