Introducing the ramen of Kanto

Other than being delicious, there is simply no way to categorise the ramen from Japan's Kanto region. A wide variety of styles and flavours, ranging from thin soy sauce broths to thick tonkotsu pork ones, the region even finds time for a hit of chilli spice as a base. Noodles, too, range from thin curly one to thick straight ones, offering a variety of textures to boggle the palate. Here is a simple introduction to just some of the ramen in Kanto.

There are probably more variations of Tokyo ramen then of any other ramen in the country. At its most basic, though, a classic bowl of Tokyo ramen sees thin curly noodles served in a clear soy sauce-based broth made from pork or chicken stock. A legacy from the old days of soba stalls sees a touch of traditional fish and seaweed dashi.

Ie-kei ramen from Kanagawa prefecture combines a thick tonkotsu pork and soy sauce broth with a healthy serving of firm noodles that are thick, straight and a delight to slurp. First created in Yokohama in the 1970s, this hearty dish is now also being served with a salt-based broth instead of soy sauce.

To go along with its thin soy sauce-based broth, Sano ramen from Tochigi prefecture serves a relatively thick yet flat noodle that is slightly chewy. Prepared using traditional bamboo pounding techniques that leave them moist and able to cooked very quickly, the water used comes from Lake Benten, one of Japan's top water sources.

A traditional dose of heat for divers and fisherman, Katsuura tantanmen from Chiba prefecture is a slow-burn flavour of spice. Its soy sauce-based broth uses chilli oil instead of sesame and, atop a bed of thick noodles, the addition of onions and sweet ground meat gives the dish an earthier flavour than one would first imagine. 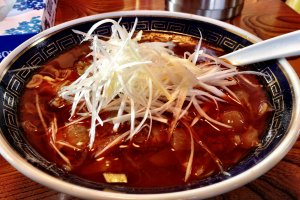 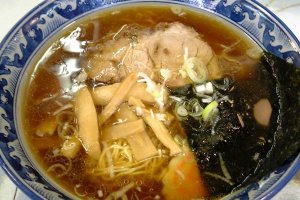 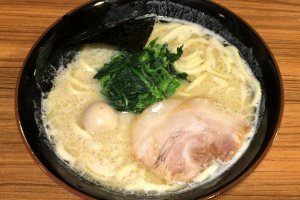 Elizabeth S 2 weeks ago
On bicycle trip to the Pacific side of Chiba Prefecture I had katasuura tantanmen. It’s got heat.

I’ll settle for ie-ke which is lighter then full on tonkotsu.
Reply Show all 0 replies

Sander van Werkhoven 2 weeks ago
Tantanmen is always a winner.... but Ie-kei ramen sounds good too.
Reply Show all 0 replies

Elena Lisina 2 weeks ago
My mother told me that she had been surprised to watch how Chinese students who visited us (my grandmother was the curator of their practice here) put noodles into a soup. We usually had soup and noodles as separate dishes. But when I saw ramen, I understood they'd made a dish more familiar to them!
Reply Show all 0 replies

Kim B 2 weeks ago
Hard to go past tantanmen for me!
Reply Show all 1 replies

Sleiman Azizi Author 2 weeks ago
Ie-kei at the moment...
Reply
5 comments in total
Back to Contents