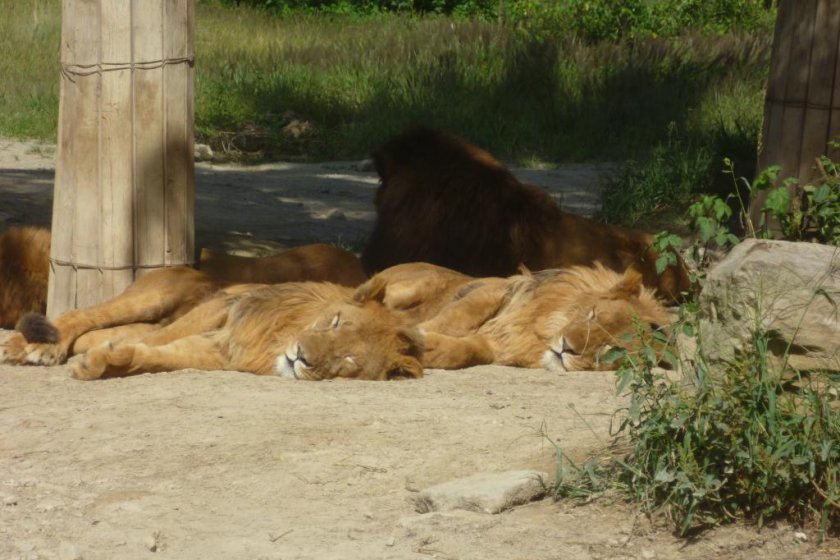 Country roads, busy intersections, shopping centers; everywhere bright, zebra-striped posters burn into your retinas and for those who don’t read Japanese, pose the big question: “what on Earth...?”

For once, these eye catching signs don’t signal the nearest Pachinko parlor, but instead Gunma’s own slice of African style safari.

I’ll admit, I was dubious. Tucked into an incredibly picturesque mountainside, I half expected it to be a glorified petting zoo playing home to rabbits and a few stray llamas. I couldn’t have been more wrong.

Not only is this a safari tour, but the park allows the option for driving your own vehicle through the enclosures, which are anything but enclosed and in fact feel very much like you’ve walked into a David Attenborough style TV show. The surroundings are startlingly natural and almost make you feel discourteous for daring to disturb the animals in their homes.

They are, however, utterly indifferent to your presence, continuing on with their daily routines with little or no acknowledgement of the wonder they are inspiring. Often you will be sat for a few minutes at a time, waiting for a tiger to finish licking his paws before moving on to let you pass.

Lions, rhinos and enormous battling bears rear up in front of your car, only a window pane’s distance away. (Although I would advice you don’t attempt to poke out a sneaky hand or finger. Not because the animals will bite your hand off, but because the park keepers will bite your head off and soon have you winding the window back up, head hung in shame like a scolded child.)

About half way through the park tour you can park up, get out of the car and have a walk around. It is here that the astoundingly beautiful white tigers can be seen. Often omitted from foreign zoos, for 500 yen you can buy a stick of meat and feed them yourself, getting so close as to risk the tiger mistaking your finger for a chicken yakitori stick.

If you don’t drive a beat-up Toyota, or dislike the idea of risking damage to your own car, then there is always the option of riding one of the park tour buses. Shaped, colored, and fitted out like a giant sized lion or zebra, these incredibly attractive buses will only cost you an extra 500 yen. Alternatively, you can rent one of the zebra striped safari tour cars for an extra 2000 yen on top of the entrance fee.

Wolves, meerkats, leopards, monkeys, the appeal is not only in the sheer amount of animals who inhabit this park but in the proximity it offers. In a sense I wasn’t wrong when I envisioned a petting zoo. It’s simply that at this petting zoo instead of getting your hand licked by a friendly goat, you’ll be getting it back on ice as you rush to A+E. Giant centipedes lurking in your kitchen cupboard aside, it’s not often you get the chance to be side by side some of the world’s deadliest creatures in Japan, making this a day trip you definitely want to pencil on to the calendar.

Plotting away in Japan's mountainside. 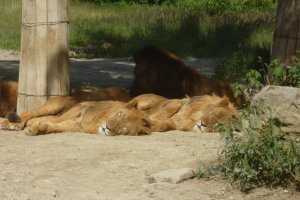 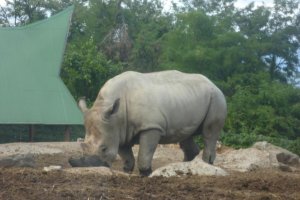 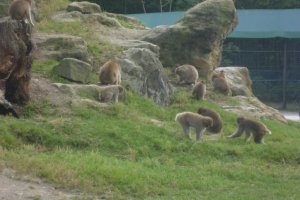