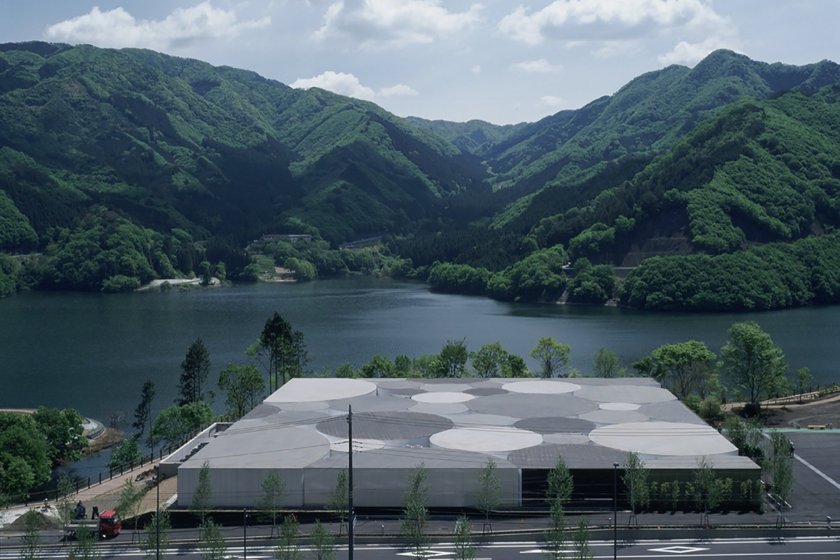 A story of beauty coming from tragic circumstances

The museum is surrounded by incredible scenery (Photo: Creative Commons)

The story behind how the Tomihiro Art Museum began includes both tragedy and inspiration. Tomihiro Hoshino hails from Maebashi, the capital of Gunma Prefecture, and worked enthusiastically as a gymnastics coach until the unthinkable happened when he was 24 years old. Tomihiro was demonstrating how to perform a vaulting move to his students and injured himself so severely that it resulted in neck-down paralysis and an almost decade-long hospital stay.

In such life-altering circumstances, even the most everyday tasks became extremely challenging. During his hospital stay, Tomihiro had to do things like signing his name by holding a pen in his mouth, which then extended to holding a paintbrush in his mouth to create artwork - something he'd never done before.

In 1991 the Tomihiro Art Museum was opened and displays a variety of his art, which draws inspiration from nature and the seasons. Many pieces are also accompanied by poetry written by Tomihiro himself. Almost 7 million guests have visited the museum, including the likes of Emperor Naruhito and Empress Masako.

The museum building is often regarded as being just as incredible as the art on display. Sitting on the banks of the Watarase River, the premises is comprised of small, circular buildings, inspired by soap bubbles. There's also a picturesque on-site cafe serving up tea, coffee, and homemade bread.

Despite the adversity that Tomihiro Hoshino faced after his accident, the museum is a reminder that beauty can be found or created in the most difficult of situations.

The Tomihiro Art Museum is located approximately a five minute taxi ride from Godo Station, on the privately operated Watarase Keikoku Railway. There is also a bus available from the station to the museum, which takes approximately ten minutes. The bus timetable can be found here (in Japanese).

The museum is approximately a 55 minute drive from the Ota Yabuzuka Interchange of the Kita Kanto Expressway. There is a parking lot across the road from the museum itself.

The museum is accessible for those in wheelchairs - it's all set out on one level and has wheelchair friendly restrooms. 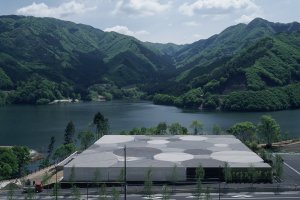 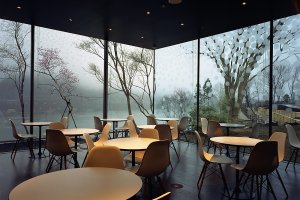 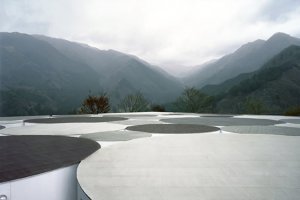 Sleiman Azizi a year ago
Wow...
Reply Show all 1 replies

Kim Author a year ago
Definitely wow-worthy - the views, the art, and the story behind it all.
Reply

Sherilyn Siy a year ago
What a splendid view.
Reply Show all 1 replies

Kim Author a year ago
Gunma has some gorgeous scenery!
Reply

Elizabeth S a year ago
He's so inspiring! Do you know many of his books are translated into English? His images and poems are so beautiful in either language.
Reply Show all 1 replies

Kim Author a year ago
I didn't know that! He really is inspiring...the strength to find beauty and joy in a situation that many would find soul crushing is amazing to me.
Reply

Elena Lisina a year ago
WOW! I liked that design with circles!
Reply Show all 2 replies

Kim Author a year ago
Me too...I think it's a very unique structure! I also just love his story, and how there's still such light to be found in the darkest times of life!
Reply

Elena Lisina a year ago
Oh, yes, sorry! The story behind is sad and good at the same time...
Reply
9 comments in total