Nestled in the midst of the mountains northwest of Tokyo lies an oft-overlooked region of vast natural beauty and surprising historic significance. Kiryu, Takasaki and Shibukawa are within two hours travel from the capital and have so much more to offer than first meets the eye.

Here’s a selection of the wonders that are waiting for you to find them:

Kiryu is famed for its textile industry and its silk production in particular. While no one can confirm exactly when textile production began in the area, it’s estimated to have begun over 1300 years ago. Even today, the area’s kimono and obi sashes are famed throughout the country for their high quality and elaborate designs. The Kiryu Saisei (Kiryu Restoration) company offers the opportunity to rent a real kimono for a day at a reasonable 3,000 yen, complete with a Kiryu-made silk obi. Walking around and taking in the sights wearing a kimono can be tiring, though, which is where the innovative Mayu bus comes in, a low speed (max 19 km/h) electric eight-seater bus with large windows – perfect for taking in the view. Riding the bus is free of charge, and it runs two different routes around the town on Saturdays, Sundays and holidays. The main route runs through the Honcho district, a scenic area with a smattering of traditional wooden storefronts and old brick textile mills.

This shrine is, in a way, the starting point of Kiryu’s success as a world-class textile empire. It was here, in 1581, that shogun Ieyasu Tokugawa came to pray for victory ahead of a battle, which he won. Thanks to that victory, he designated the shrine the official place of worship for his clan and made major contributions to the development of the city. Nineteen years later he requested 2,410 bolts of silk to be used for banners in the battle of Sekigahara, a clash that would reshape the fate of Japan’s history forever. Legend has it that those bolts of silk were all woven in one night, and then blessed at Kiryu Tenmangu shrine before being sent to cement Tokugawa’s victory. In more peaceful times, the shrine’s main visitors include students praying for success in their studies.

Hosenji temple is a Soto Sect Zen Buddhist temple and was built in 1574. Its hillside location has protected it from fires and battles, leaving the buildings intact and mostly preserved in their original, embellished glory. New additions —a tea house and the Tokiwaden, where mortuary tablets of Zen founders Dogen and Keizan are kept—add another element of beauty to the traditional temple. The main hall has an exceptional display of historical items, religious artifacts, and most notably, a selection of India ink paintings on the walls, painted by Aisin Gioro Yuhuan, the nephew of the last Qing Dynasty emperor of China.

A treasure trove of old weaving looms from various eras, Textile Museum Yukari is a fun and interactive experience, where visitors can try their luck at weaving themselves. A word of warning, though – it looks easier than it is! There are plenty of exhibits to explore firsthand, and everything is located inside a saw-tooth-roofed building, indicating the museum was an actual silk textile mill back in the day. The reasons for the structure of the unusual rooftop are twofold: one, the zigzag shape helps reduce the noise of working looms on the large factory floor, and two, the north-facing windows provided plenty of indirect light for workers, while still protecting the precious silk textiles being made. Visitors can also try indigo dyeing handkerchiefs, which make excellent souvenirs to take home.

Located on the side of Mount Haruna—an inactive dual caldera volcano—this hidden shrine is a stunning example of human engineering, ingenuity, and perseverance. Its origins date back to the 6th century and it has been an important spiritual and cultural asset to Gunma prefecture ever since. The walkway up to the main shrine is about 700 meters, with steep stone steps for the final leg of the journey. It’s far, but it’s well worth the visit. The gorgeous wood carvings on the various structures are stunning, but it’s imagining people dragging up logs and building these structures hundreds of years ago that is truly awe-inspiring.

Ikaho Onsen Fukuichi is the crème de la crème of traditional ryokan – and it should be too, having been in business for over 400 years. It has been awarded 5 stars by Kankokeizai News Corporation and voted one of the top places to stay in the country by tourism professionals. Needless to say, the meals are spectacular and the rooms and service immaculate. The onsen, though, is where Fukuichi truly shines. There are multiple spacious indoor and outdoor public baths, as well as a sauna. There are two types of onsen water: silver and gold. The gold water is Ikaho Onsen’s original, unchanged water and has a brassy brown color due to the oxidized iron in it. The soft water is rumored to help blood circulation and is very popular among women. The silver water source was only discovered recently. As it is colorless and odorless, it seems to be popular among elderly people and people recovering from illness. For guests who feel too shy to enjoy their bath time with others, private baths are available for rent as well. (reservation needed)

Mention Ikaho Onsen to most Japanese and they’ll instantly respond with the area’s most famous structure: the stone steps. This set of 365 steps leads up through the onsen resort to Ikaho shrine, which sits at the very top and offers a stunning view of the mountains and the town below. The steps are famous for being mentioned in Japan’s oldest collection of poems, Manyoshu, which was compiled at some point after 759 AD, during the Nara period.

Lining the streets up the stone steps are plenty of small, traditional shops selling Japanese goods, as well as old-style shooting galleries and even a couple of onsen! If you’re looking for food, try the onsen manju - a soft, steamed bun with sweet bean paste inside - which is thought of have originated in the area.

Gunma prefecture is the top producing area of Sosaku (new-style) Kokeshi dolls in Japan. If you don’t know Kokeshi by name, you’re sure to know them by sight. These plump little wooden dolls with black, bobbed hair have made their way around the world for generations, and now it’s easy to stop by their home at Usaburo, where artisans make them with care. Visitors to Usaburo Kokeshi can see most of the production process of the mass-produced items in the factory area on a tour – despite being manufactured, it’s a long and complicated process. All dolls are hand painted with care, a skill that takes years to master. For those who don’t have the time to become an artisan, there is the option to paint your own Kokeshi doll in the store. It can take anything from 30 minutes to an hour and a half, depending on how detailed you want to be, but either way you’ll come home with a one-of-a-kind item. For those less confident in their skills, Usaburo has an extensive collection of both modern and traditional style Kokeshi dolls in their shop.

Kiryu: Take the Shinkansen from Tokyo station to either Takasaki or Oyama, then switch to the Ryomo line to reach Kiryu station. The journey takes about two hours.

Takasaki: The shinkansen from Tokyo to Takasaki only takes a total of 50 minutes.

Ikaho Onsen: There’s a direct bus from Busta Shinjuku Bus Terminal to Ikaho Onsen, which takes two and a half hours. 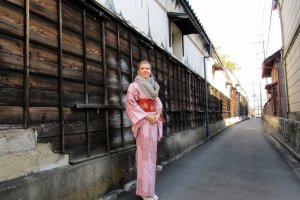 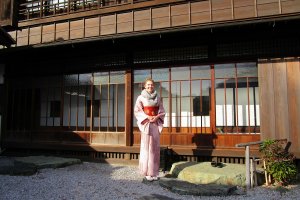 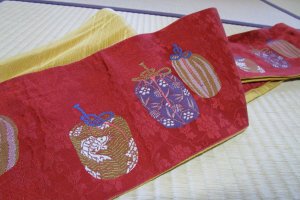 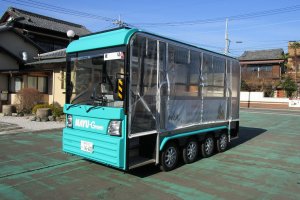 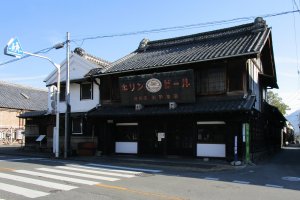 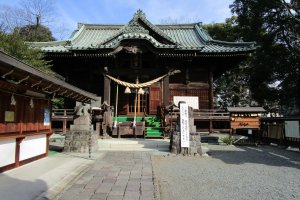 Elena Lisina 2 years ago
Such places are my favorite in Japan!
Reply Show all 1 replies

Lisa Wallin Author a year ago
Same! I feel like there are so many underrated wonders hidden away across the country!
Reply

Lisa Wallin Author 4 years ago
It's really a beautiful place! The town is picturesque and the view of the snow-capped mountains in winter is spectacular.
Reply
4 comments in total
Back to Contents