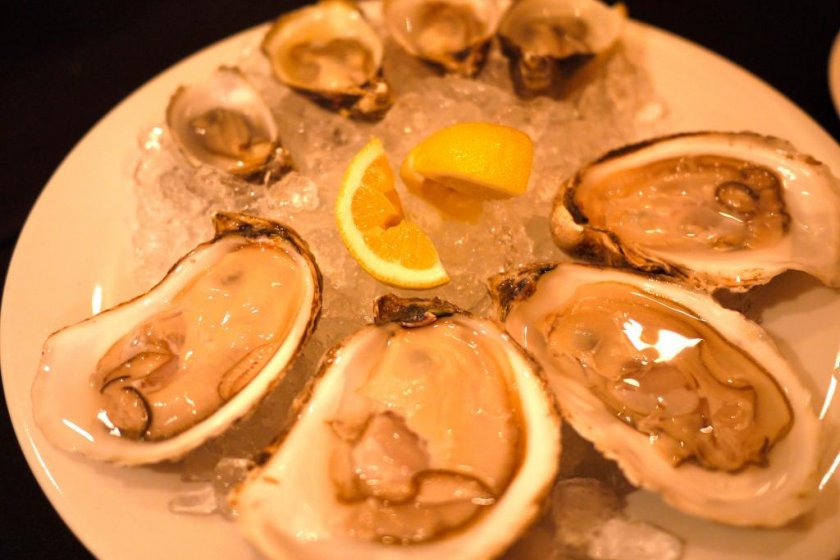 Le Trouvere is a stylish bistro where you can enjoy Hiroshima's famous oysters year round, and see if they really deserve their reputation by comparing them to imported varieties.

Hiroyuki Yamamoto has long had a passion for meshing delicious food and wine with a convivial atmosphere. Although the place is quite stylish, it is also relaxed and welcoming. Only the best ingredients are used and they have an excellent selection of wines that go perfectly with the wide selection of super fresh, raw oysters and home style French dishes on the menu.

The top page of Le Trouvere​'s website states its mission as spreading, their passion and love for the bounty of the earth and the sea. Much like the trouvère of medieval France broadcast their poetry.

Customers are invited to make Le Trouvere the "punctuation point in a night out." Spend a few hours eating and drinking, drop in for a glass of wine or share a bottle with friends, enjoy a cocktail or just a cup of coffee. Depending on the mood of your fellow customers you may even find your night ends with an exclamation mark.

I went to Le Trouvere after a business dinner at around 9pm on a weeknight. There were 2 or 3 people at the small bar, a couple at a table near the window and we took one of the tables for 4 at the back of the restaurant next to another group.

We were there for oysters, and Yamamoto-san brought over several large trays of raw oysters on beds of crushed ice. On that day the selection included very young oysters as well as more mature ones grown off the coast of an uninhabited island in some of the cleanest waters of the Seto Inland Sea in Hiroshima. There were also several varieties of North American oysters too. The prices ranged from under ¥200 for the small juveniles to around ¥500 for fat, juicy, mature Canadian Blue Point Oysters. We ordered 8 juveniles, 4 mid-grade, and 4 Blue Point oysters and shared a bottle of white wine recommended as complimenting the oysters bill came to about ¥2,500 a head.

It was really interesting working our way up from the young, very salty and "sea-like" oysters up the big, creamy Canadian ones - absolutely delicious and perfect with the wine. If you are not quite ready to go raw, deep fried oysters are also available (¥180 each).

The rest of the menu may be based on traditional French home cooking, but the ingredients are far from mundane. Yamamoto-san pays careful attention to sourcing his ingredients and his philosophy is to prepare and cook them to highlight their natural flavor. Along with seasonal daily specials Le Trouvere recommends its high quality organic Kagoshima Black Pork dishes (from ¥1800) raised on sweet potatoes and their organic sauted vegetables (¥1200) and vegetable quiche (¥700). 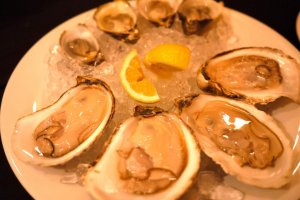 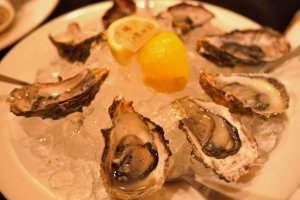 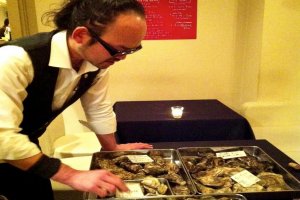 JJ Walsh 9 years ago
this is a superb wine bar- had a ladies night here & we all enjoyed a few glasses of wonderful wine with oysters, salad, grilled vegetables and dessert and paid about ¥7,000 each - it wasn't cheap, but the quality was wonderful of everything we had and the service is top class
Reply Show all 0 replies
1 comment in total