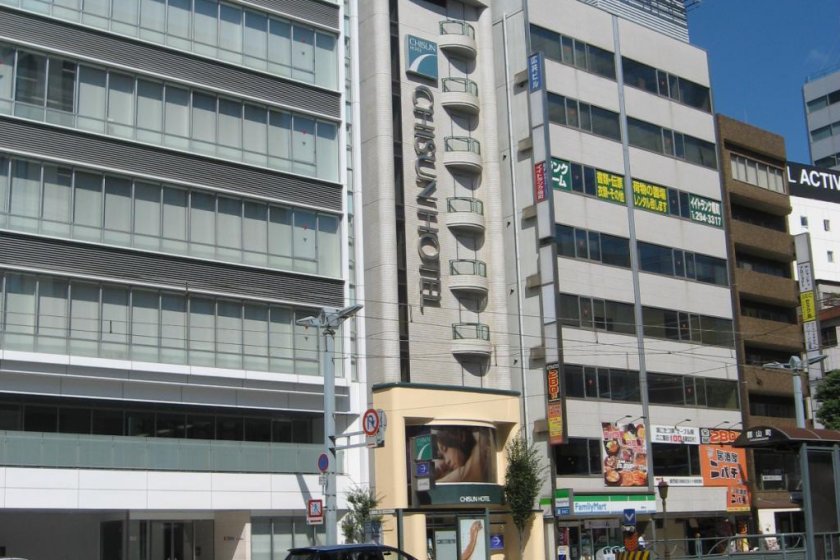 It was a clear day when I arrived in Hiroshima at 6:30 a.m. With a crudely drawn map on a scrap of paper (I was on a low-tech vacation.) I made my way to Chisun Hotel Hiroshima. It took all of 15 minutes from Hiroshima Station and wasn’t difficult to find. From eye-level it’s a very unassuming building, but from across the street it was strikingly slim compared to the surrounding buildings.

Check-in wasn’t until 3p.m. so I just confirmed my reservation and left my bags. After getting a street map, and using the bathroom, I was ready to take on my first day in Hiroshima. There was a tram and bus stop right in front of the hotel, but I chose to walk to the Peace Memorial to get a feel for the city. Plus it felt good to move around after being cooped up in a bus for several hours. Conveniently, the world famous landmark is on the same street as the hotel so there was no way of getting lost. It was only about a 20 min. walk.

I didn’t see my room until I got back in the evening. I was looking forward to having a proper bed to sleep in, and resting up for my outing to Miyajima the next day. The room was clean with all the standard amenities, but it felt cramped. However, it was wider than that bus so I didn’t mind. Besides, I wouldn’t be spending much time there anyway. Later I found out that it was a standard single ladies room which has larger beds than the standard single rooms.

The room’s best feature was the light control panel on the bed headboard. I could turn all the lights in the room on and off from without having to leave the coziness of the bed. What I liked most about the hotel was the location. By pure coincidence it turned out to be within walking distance of everything I had planned to see. (Peace Memorial and the museum: 20-25 mins., Shanti Vegan Café: 10 mins., Cinetwin-Shintenchi: 10 mins., Museum of Contemporary Art: 35 mins. and the Kanayama Chou tram stop to the Miyajima Ferry: 1 min.)

I didn’t take advantage of the following services, but they are available to hotel guests. Bicycle rentals (not mentioned on English website), Internet access, free newspapers and you can buy day passes for the public transportation system. I would recommend the hotel for overseas visitors who can’t get by in Japanese, but can get by in English. The Bi-lingual staff, translated maps and notices make for a stress free stay.

The hotel is trying to be environmentally friendly by giving guests the choice of having their towels changed every day. I opted to not have them changed and followed the instructions on the card, but when I got back the second night I swear I was given new towels and a bath mat. All were dry, folded and put back in the same places where I first found them. Hmm.

That was my first time visiting Hiroshima, and I had a great time thanks in part to my hassle free stay at Chisun Hotel Hiroshima. I would definitely recommend it to my friends.

I came to Japan from the U.S. about six years ago to live, work and play. There's always something new to be discovered, and every day is still an adventure here. 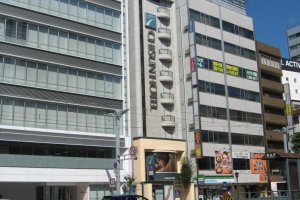 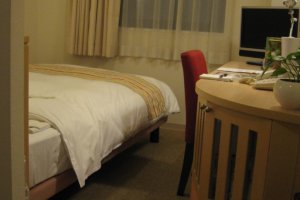 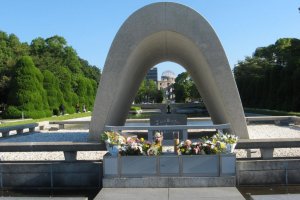 JapanTravel Guest 9 years ago
I stayed here in October 2012 and unfortunately I was put in a room for smokers which reeked of cigarettes. It was horrible just being in the room, and sleeping was difficult because of the smell.
Reply Show all 0 replies
1 comment in total