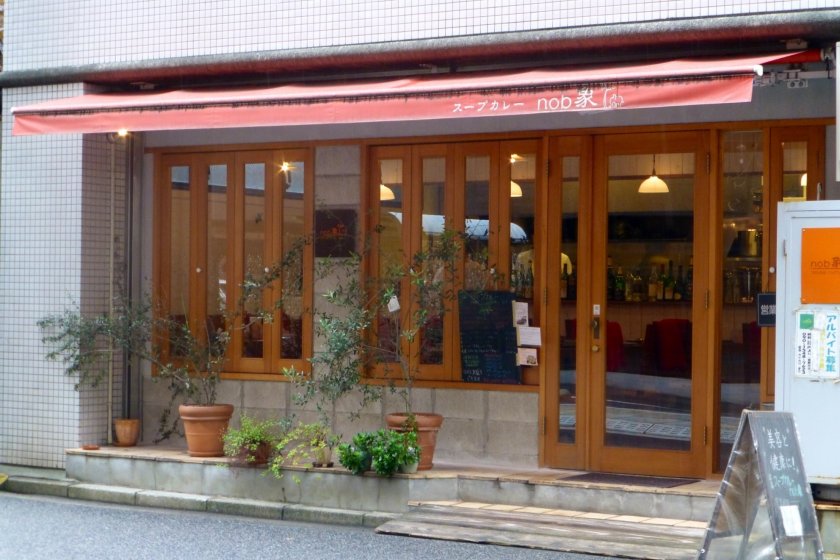 The perfect place on a rainy day

It was a dreary summer morning in Hiroshima City. What seemed like a mini-monsoon had just passed, leaving a cool, damp feel in its path. It was definitely not a day to forget your umbrella. I was wandering through what some refer to as Hiroahima's 'French quarter', just west of downtown, in search of something warm and homely. I peered through bakeries and dessert shops but nothing was calling out to me. Then, out of the corner of my eye, I caught a glimpse of something fiery orange. I turned to see what this bright sight was and then beamed from ear to ear when I read what was on the sign: "Nob - Soupe, Curry, Nobzo". I didn't have the slightest idea what 'nobzo' was but the 'soupe' and 'curry' had captured my attention.

I shook off my sopping wet umbrella and ventured inside. I was greeted by warm lighting, soft French music playing in the background and a unique smell of herbs and spices which floated through the air; All of which reassured me that I had made the right choice.

Nob opens at 11:30am and I had walked in at 11:35am. Their first customer of the day, all eyes were on me - The non-Japanese speaker. I took a seat in front of the impressive line up of empty wine bottles which lined the kitchen bench and picked up the menu. Everything was in Japanese.

At least there were photos of a few of the dishes... And boy did they look good. I picked one at random, sat back and waited excitedly.

Within about 10 minutes one of the staff with a friendly face came and brought out my food. It looked exactly like it did in the picture, only now I could smell it. And taste it. And it was delicious.

As I was eating, a little face poked through the wine bottles in front of me. "Is it delicious?" asked the face. It was the chef! He had his phone out. He had spoken into it in Japanese and it had blurted out the English translation! Despite his modest denial, the friendly chef spoke English beautifully, only calling on the help of his translation app for the really tricky phrases. He is originally from Tokyo and had moved to Hiroshima in 2007, working at Nob for five of those years. He's climbed Mount Fuji, loves Australian wine and has a kindness which shines through his warm smile.

Nob definitely surpassed my expectations. It serves the perfect kind of food for rainy day weather. They grind a careful selection of herbs and spices together to create a thick, creamy curry which is topped with loads of fresh vegetables and served with a warm bowl of rice. The menu is extensive (although if you want to fully benefit from this, it might help to come with a translator if you don't know any Japanese) and the atmosphere is warm and friendly. Prices are reasonable (between around ¥1,000 - ¥2,000 for lunch and ¥2,000 - ¥3,000 for dinner) and portion sizes are large, so you should leave feeling very satisfied.

After a great meal and a lovely chat, I said goodbye and headed back outside. I reached down for my umbrella to shield me from the latest oncoming onslaught of rain, only to realize that it wasn't there... I had left it at Nob! I turned around to head back to get it, but before I could take a step, the chef was running towards me, my umbrella in hand, and a smile on his face. Go and check out Nob - A warm, friendly place in Hiroshima's French quarter which is sure to leave you with some good memories and a full belly. 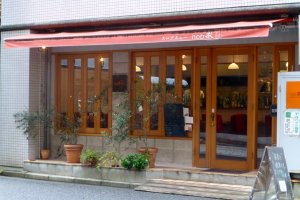 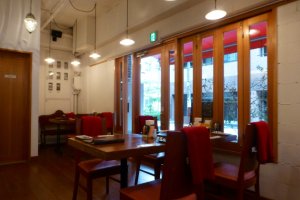 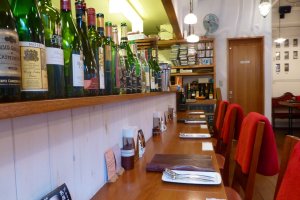