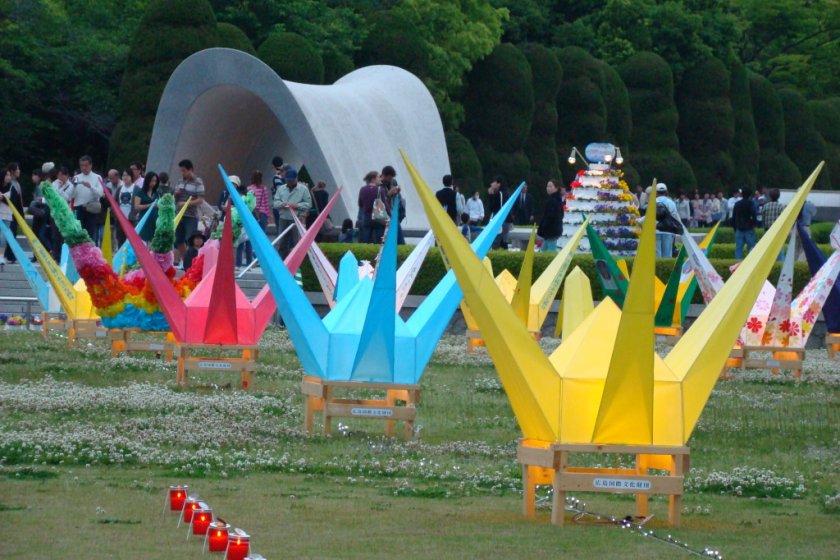 Family-friendly tips for a fun trip

Of course, Hiroshima is most famous for being the site of the first-ever A-bomb, but it is the character of the city that will impress you- the people have moved on from the tragedy and are thriving. This makes Hiroshima a place you will want to spend time in with your kids.

There are many ways to see and enjoy the city, here are a few top things to do that are fun for the whole family in Hiroshima city.

A Fun Day in the City

Spend half a day at the Peace Park, museum and A-bomb dome memorial. Take in an interesting exhibit at Hijiyama modern art museum and park or the prefectural museum. Wander through Shukeien park and feed the koi fish. Then enjoy the day shopping and hanging out in the city: Eat okonomiyaki, hang out at a riverside cafe or restaurant, have a play in one of the city's playgrounds. The covered Hondori main street and Namiki-dori trendy shopping street are fun locations to take in the bustling atmosphere of the city center's shopping areas. If your kids are older, rent a bicycle (at Backpacker hostels and some hotels). Riding around the city, parks and along the riverside paths to the suburbs is very pleasant.

A Day at Miyajima

Spend the day on the island of Miyajima sightseeing: the beautiful, floating Itsukushima shrine, giant Torii gate, Daishoin Buddhist temple on the hill, climb or take the cable car to Mt.Misen to see the view of the surrounding areas.

Event: Take in a sports event like a Carp baseball game in the new Mazda "Zoom-Zoom" stadium next to the main Hiroshima station, or a San Frecce Soccer game at Big Arch stadium. You can catch a fun, lively sports fans atmosphere watching Hiroshima's popular professional teams. Or take in a local festival like Yokogawa or Flower festival in Spring, Hoozuki matsuri, Tokasan and Ebisuko city festivals as well as firework festivals in Ujina and Miyajima in summer.

A Day in the Countryside

Spend a day in the inaka countryside near Onomichi, Kure or perhaps visiting Okunoshima (aka Rabbit island as it is often referred to). These trips out of the city to these areas by train give you a beautiful perspective of the Hiroshima countryside. On rabbit island there are short walks and great views while the kids adore all the cute bunnies. Onomichi is an interesting place to walk around and rent a bicycle to cycle over some of the famous bridges, or even hop on a short ferry to Setoda to explore the fishing village, interesting temples and museums. Kure city is interesting and the Yamato museum offers an insight into the military history and Japanese culture of the area as well as offers a lot of kid-focused educational fun.

In light of the disaster in Tohoku and lingering radiation in Fukushima, of course there is concern for families planning to visit Japan's most famous city for having been bombed. We have lived here for fifteen years and are raising two children here, so it never occurred to me that tourists planning a trip to Hiroshima would be concerned about risking their health or traumatizing their children with a visit here. I would like to answer with more confidence than, “I think so” so the following is information I have found on the subject.There isn’t news of any lingering radiation in or around the blast area which has been tested many times since the bombing on August 6, 1945 by both American and Japanese scientists. There are still ongoing court cases of blast victims of A-bomb radiation who are claiming benefits from the government, but whom are denied free medical coverage because of certain technicalities, but there haven’t been any “new” cases reported from modern residents or among survivors children.

As a Hiroshima resident, I have had my water tested (by my ward-office in the city) from my home and office. This is a little known public service available if anyone is concerned about the safety of your drinking water, it came back “clean and acceptable.” Most of the water to Hiroshima city comes from the Otagawa river which flows down from the mountains. Therefore, from a health or physical well-being standpoint, I don’t see any reason for thinking a visiting (or living in) Hiroshima is any more dangerous than any other medium-sized city (population at 1 million for the prefecture) worldwide.

I have two young children whom I would not feel comfortable taking our sensitive 5-year-old to the Peace Museum, as some of the displays and the ideas presenting would upset her (she cries at Sesame street sometimes). We have taken our children to the Peace memorial ceremony many times, they seem to enjoy the lantern floating and the candle message event during the memorial ceremony day and the flower festival.

In fact, we take our children to many of the city’s peace events, and have spent a lot of time together in Peace park and at Peace events, but never to the museum itself. I have been to the Hiroshima Peace Park Memorial museum a few times and find it a very emotional, haunting experience each time. Apparently, the new renovation allows a visit without seeing the most gruesome displays if you choose- these are life-sized figures as people would have looked moments after the bombing. There are also testimonials and diaries of the victims of the bombing on that day and during the dark days and months that followed.

In contrast, the peace park grounds are filled with trees and beautiful statues and memorials that is quite pleasant to spend time in, especially when the cherry blossoms are blooming. Kids love ringing the giant bell of peace, and the A-bomb dome (Genbaku dome) and surrounding park areas are really nice places to picnic, play, sit or wander for a while.

In nice weather, you will find people enjoying picnics, young, aspiring musicians playing under the main bridge, people jogging and cycling through and tourists wandering around taking pictures. The area is really the center of the city and is utilized by its residents as a park for enjoyment as well as reflecting about Peace.

The paper cranes hanging around the park are connected to the statue of Sadako, a girl who was in the blast zone at the age of two and developed terminal cancer ten years later due to her exposure. When she was in hospital, she tried to fold 1,000 peace cranes from her medicine packets and other paper trash she could find in efforts to be granted health and a longer life, but she died. Her friends took up the efforts and dedicated a statue in her image (holding a folded crane) to honor her and encourage those who visit the park to remember her sad story and hope for Peace in the world. 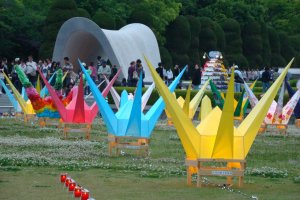 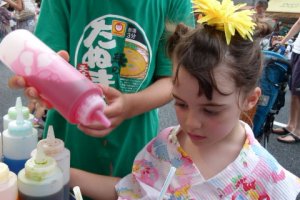 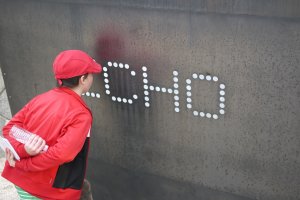 Elena Lisina 2 years ago
I liked those places - so nostalgic... Tsuru lanterns are beautiful!
Reply Show all 0 replies
1 comment in total