Celebrating the richness of Ainu culture

The Ainu, like many indigenous people, were at risk of being marginalised, misunderstood, or objectified. Seen as a relic, or requiring protection, it was as far away from how the Ainu saw themselves, human beings with needs and wants, successes and struggles like any other people.

In their language, the word Ainu meant human. Not a race or a nation, but the humans placed by the deities to live in the land. It was only when they met other peoples, did the concept of divisions between humans entered their consciousness. They call the other Japanese from the south Shisam, or neighbours. It was a term without judgment, and for many years, they traded with them, for example, seaweed for iron and tools. In fact in the middle ages, some Ainu trading posts rivalled that in the Ryukyu islands and Honshu, as they traded with the Russian trading posts to the north as well.

The rich history of Ainu culture and traditions were passed on by poetry called Yukar, and often in songs or chants. There is divine yukar (kamui yukar) and human yukar. Our ancestors who tread this earth before us, those who felt sufferings and triumphs, have much to share with us.

The gospel of John tells us that God loved his people so much, that he sent his son to rescue them, and bring them back to God.

In the Yukar folklore, a deity called Okikurmi saw that Mankind were cold and didn’t know how to make fire. He begged his father, “please let me go to the world down below. Let me teach them." His father replied, “There were three tests I have for you. Extreme heat, cold, and laughter.” “Laughter?” Okikurmi mused. No one has ever passed the third test, his father replied. Emboldened by the challenge, Okikurmi endured through the first two tests and restrained himself on the third day, but it was the other deities rolling in laughter that make him relent, in a hilarious story where the spirits became like two dogs in heat, forming the basis of many folk tales today.

Being connected with the living things of earth, whether fauna or flora, is central to Ainu beliefs. Until the nineteenth century, nearly the entire island of Hokkaido was covered with old-growth forests, much like the World Heritage thousand-year-old trees in Yakushima today. Trees like Elm and Birch were seen as living spirits, and Princess Elm played a large part in the Ainu creation story. Traditionally, the Elm tree was also used as fuel for fires to keep them warm, and its bark was also used to make Attus kimonos. The Ainu believe that souls dwell in objects, so they take great care of them, whether they are hand-woven textiles like the Attu, or tools used for living. Even when these items can no longer be used, they are placed behind an altar and given words of thanksgiving.

The museum celebrates the richness of Ainu culture and seeks to create new traditions. Book ahead for a wood carving or embroidery class, or a mukkuri dance performance, and experience a living culture with all your senses.

From New Chitose Airport, it is about an hour by car, using National Highway 36, then Hidaka Expressway to Hidaka Tomikawa Interchange, and then National Highway 237. By public transport, take the JR train to Tomakomai Station, and then Donan Bus to Bucheon/ Hiratori/Nifuya. 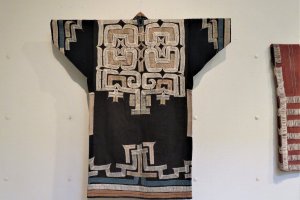 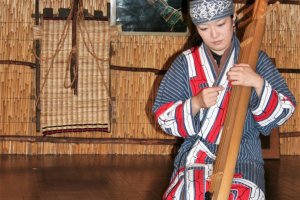 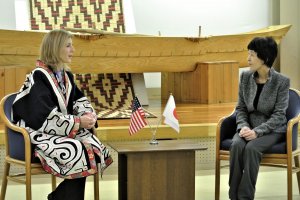 Kim a month ago
This sounds like quite an interactive museum, which is wonderful.
Reply Show all 1 replies

Bonson Lam Author a month ago
Yes, a living culture needs an interactive museum. To carve, sing, hear, carve, and feel the traditions and aspirations of the people it tries to represent, is a great way (both immersive and fun) to get a glimpse of what it means to be Ainu, and to know a little bit more about their relationship with the land and sea, something that means a lot to them.
Reply

Bonson Lam Author a month ago
Absolutely, I love your sentiment. I think with the passing of time, as we age (hopefully wiser?), as Japan and the Ainu cultures change through time, this is the kind of museum you would like to revisit again in future years, to reflect on the changes in your life, as well as the people who live in Hokkaido.
Reply
4 comments in total