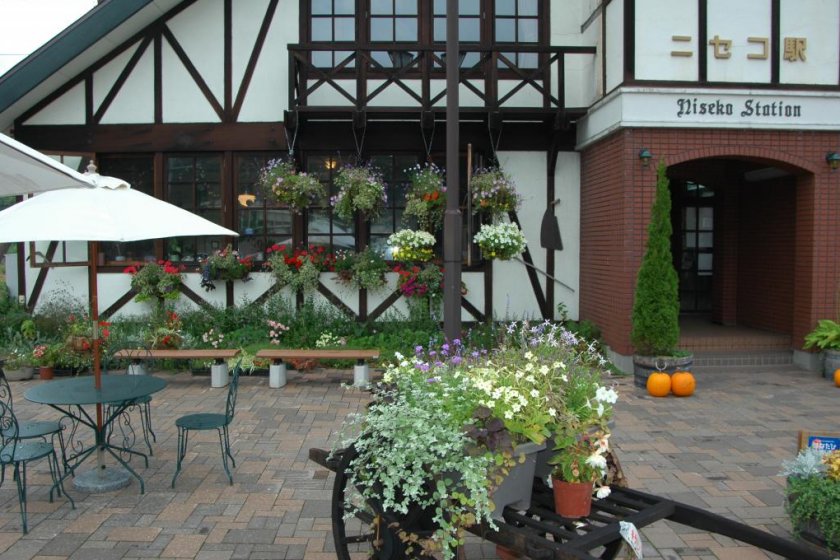 In my home in Europe, train stations tend to be slightly dodgy, especially at night. People go there to catch a train, buy a newspaper and occasionally you can see adventurous travelers spending the night on benches as the hostels are full and the last train has gone. However, there appear to be very few people attracted to the charm of a nocturnal European train station simply for the atmosphere. If they have anywhere else to go, they will.

Not so here in Niseko, Hokkaido, Japan. Whenever I approach Niseko Station, which is architecturally reminiscent of an old-school German country house, my heart leaps up. There is something about the cosines of the architecture, the stained glass windows and the seasonally changing decoration (illuminations in winter, colourfully painted pumpkins in autumn and flowers in spring/summer) that makes you instantly think of “home”.

Much of the charm surrounding Niseko Station is due to Cafe Sabou Nupuri based inside the building – and its proprietors – the Matsudas. Yuko Matsuda does not only look after the exterior of the station building by decorating it with beautiful, English-style flower arrangements, her café reflects the building’s homely exterior on the inside. Decorated with antiques and an assortment of old clocks (each of which shows a different time), the little café is also at the heart of a local culinary revolution.

Together with several other local ladies, Yuko Matsuda founded the cooking group “Jugobaa” (literally “fifteen old ladies”) a couple of years ago. The group regularly meets at Niseko Convention Centre to study the art of cooking. The aim is to make healthy, locally sourced food with no preservatives. Among other things, Jugobaa study how to make traditional Japanese foodstuffs such as tofu or miso paste from locally grown soy beans. They do this only a few times a year and the products are keenly sought after by locals and visitors alike. The group even gained international recognition for displaying their local home cooking at the G8 summit in 2008, held at nearby Lake Toya.

In general, however, Jugoba’s goal is to serve the community. When they are not busy preserving and teaching traditional ways of making Japanese food at town events, they are taking lessons from others. In recent months they have held Chinese and Indian cooking lessons – under the condition that the ingredients can be obtained in the local area. Jugoba’s food culture combines global thinking with local production.

Yuko Matsuda-san illustrates this in her unique curry creations available at Sabou Nupuri. Visitors from all over the area flock here, even if they don’t have a train to catch – and  those who do may find that they feel too much at home to catch it. 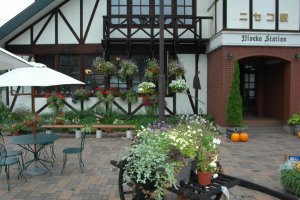 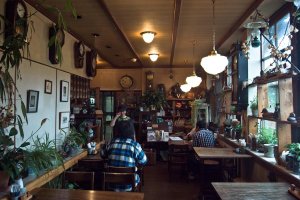 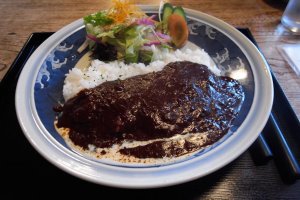