Obihiro - a City Built on Horsepower

The Tokachi region of Hokkaido is an expansive range of plains and prairie land, quite unlike much of Japan. Early settlers in the 1900s brought horses to the area to aid in farming and development. Today, the horse culture remains strong and various forms of entertainment abound including museums, racetracks, horse-riding, and restaurants.

The settlers knew they wanted a large breed of horse made for pulling great amounts of weight over long distances. The local horses were thus brought in from areas such as Belgium and France and include massive breeds such as the Percheron. The surrounding farms and ranches of Obihiro still breed horses and often offer scenic horse riding tours.

Banei horse racing, in which the strongest horses compete to pull heavy sleds, is a unique local tradition that can be seen at the Obihiro Racetrack. Hokkaido was once greatly known for running Banei horse racing, but today there is only one Banei racetrack in the world. While the horses are no longer raised for farmwork due to the spread of automobiles and tractors, there is still a local culture that enjoys breeding and seeing the horses in action as they pull great weights and compete with each other on a straight track that includes hills and sandy areas made to replicate the wilderness of the past. Locals describe the racetrack as a way to honor the horses and create a community where animals and nature can continue to co-exist. Hokkaido Horse Culture is labeled as a Hokkaido heritage and Obihiro is likely the only place in the world where you can see horses weighing more than one-ton pulling one-ton iron sleighs at high speeds along a 200-meter course. Race events are every Saturday, Sunday, and Monday, and viewing the events is free. For those looking to place bets, you can certainly do for as little as 100 JPY per race.

For those interested in learning more about the culture and history of horses in the region, the best place to do so is at the Obihiro Horse Museum. The museum explores both the local history of the Tokachi region and the importance of horses to developing the region. While the horses were originally brought over and bred purely for the land and the ability to pull great weights on sled-like devices, the museum also goes into detail about how the horses became a local symbol of the region and eventually became the area’s greatest form of entertainment. The museum is primarily in Japanese and is located just next to the racetrack.

Last but not least, is the horse-drawn carriage bar called Basha Bar. This unique bar and dining tour is pulled by Musashikoma, who was once an active racer himself on the Obihiro Racetrack. When compared to the tough work of pulling the metal sleds on the racetrack, taking guests through the city on a wheeled carriage is a cinch for this massive beast of a horse. The dining and drinking experience on the Basha Bar is a memorable way to explore downtown Obihiro in the evening and get a good feel for the local nightlife. Guides will also kindly explain the hot restaurants and bars along the hour-long tour of the city to help prepare you for your dinner or drinking plans for the evening. Tours start at the Hotel & Cafe Nupka and reservation details can be found on the website. https://bashabar.com/

Conveniently situated between Furano and Akan-Mashu National Park in southeastern Hokkaido, Obihiro is a striking contrast to the mountains and forests of Japan and is ideal for those looking to see the frontier land. If you make the trip north, be sure to check out the horse-related content and thank the big guys for helping pave the way to civilization!

The Obihiro area can be accessed from Tokyo or by public transport from Sapporo.

Flights regularly run from Tokyo to Tokachi-Obihiro Airport and it takes around 45 minutes by car or one hour by bus to get to Obihiro Station from the airport.

From Chitose Airport or Sapporo Station, it takes around three hours to reach Obihiro Station by train. 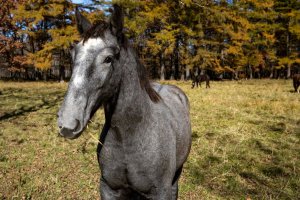 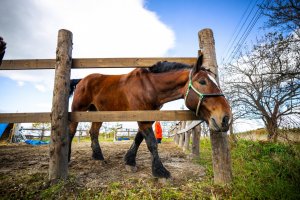 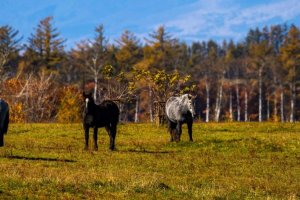 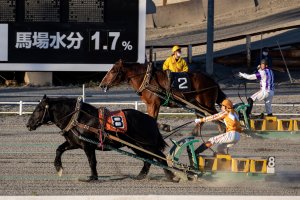 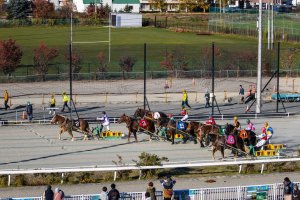 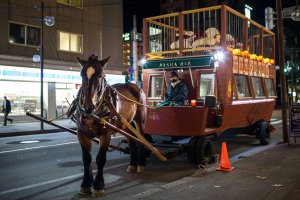 Novia Mardasari a month ago
One day, want to try that bar, so interesting!
Reply Show all 0 replies

Elena Daurtseva 2 months ago
I don't recommend this for animal lovers.
Reply Show all 0 replies

Elena Lisina 3 months ago
Quite interesting!
Reply Show all 0 replies

Sherilyn Siy 3 months ago
Looks like a visual spectacle!
Reply Show all 0 replies
11 comments in total