Top Things to Do in Obihiro, Japan

Seven sightseeing recommendations for the Tokachi area in Hokkaido

Hokkaido is not only Japan’s most temperate climate zone, but is also a beehive of activity. The Tokachi region and the city of Obihiro are no exception, and from food and entertainment to culture and history, this place has it all. There are many truly unique experiences to try in the area. Here are our seven foods and attractions we can recommend.

Horse culture is huge in Hokkaido due to the expansive range of plains of prairie lands. Massive breeds were brought in from Europe in the 1900s, and while the horses have been replaced with modern equipment, horse culture remains strong.

To start out, spend an afternoon with Banei horse-sled racing (the only type of its kind in the world) at the Obihiro Racetrack where you will find horses weighing more than one-ton pulling one-ton iron sleighs through sand and snows. The nearby Obihiro Horse Museum explores local history and entertainment, though most offerings are Japanese only. Finally, you will want to reserve a spot on the horse-drawn carriage bar called Basha Bar. This unique bar and dining tour is pulled by Musashikoma, who was once an active racer himself on the Obihiro Racetrack. The dining and drinking experience on the Basha Bar is a memorable way to explore downtown Obihiro.

Ikeda Wine Castle - Taste the wines of the north

While the Tokachi area is known for its flatlands well suited for farming and ranching, there are also hills in the area where the air reaches the ideal temperatures for the raising of grapes and the fermentation of wine. The Kiyomi wines made here are known to have a gentle hue, refreshing acidity and, a bouquet of rich flavors.

The birthplace of Tokachi wine, Ikeda Wine Castle, was constructed on a hill with a great view of the Hidaka Mountains. Originally constructed as a wine cellar, the locals brought in more than 200 French oak barrels to create Japanese sparkling wines in the same way that champagne is created in France. Within the castle building, take a wine tour and sample wines and brandies as you take in the surrounding views. Visitors can also purchase a wide variety of local specialty products in the gift shop area.

For those with a car and looking to get into nature, Daisetsuzan National Park is located just north of Obihiro. Daisetsuzan preserves a mountainous area of wilderness and is a paradise for explorers and outdoor lovers.

Perhaps most famous for a range of natural hot springs, coming from the south, the main sightseeing area would be the area around Lake Shikaribetsu where you can find the Shikaribetsu Kohan Onsen Hotel Fusui. This relatively untouched lake environment has a range of lake activities available, from SUP to kayak and canoe.

There is an abundance of flower gardens in the area, so many that it is hard to choose just one. Some of the more famous gardens include Shichiku Garden and Manabe Garden, but we like Tokachi Hills for a few reasons.

With a spectacular view from the hills overlooking Tokachi, Tokachi Hills has multiple gardens to display both the native wildflowers of Tokachi and colorful English gardens. The scenery is amazing and there are plenty of beautiful photo spots during the green season of April ~ October.

In addition to the garden, there is also a small farm and ranch here where they raise local foods and vegetables. You can try these at the restaurant located in the heart of the garden walking path. This is also where our friendly horse that pulls the Basha Bar spends his days relaxing so be sure to find him and say “hello” during his time off.

Take a tour through sweets paradise

Tokachi is nicknamed the “Sweets Kingdom” for good reason. Hokkaido is renowned for its high-quality dairy goods as well as the production of high-quality sugar, flour, and other ingredients. This makes it a conducive place for making delicious sweets. There are sweets shops all around the Tokachi area and many as well within the city of Obihiro, within walking distance of JR Obihiro station.

Our favorite sweet selections include cheesecakes from Tokachi Toteppo Factory, cookies and caramels from Rokkatei Obihiro Honten, puddings from Imparfait, and sweet cakes from Taiyaki Kobo. Check out our full article here for more information and location details.

The meaning of Kofuku means “Happiness” and many couples from all over Japan will visit the station to wish for a happy relationship. Couples purchase tickets here and post them to the station walls as a sort of blessing. This creates an attractive looking station building, the centerpiece of the area. Nearby there are a few of the original trains on display as well as a small gift shop.

Obihiro Butadon - Founding area of the pork and rice bowl

Another claim to fame in Tokachi is the quality of the local pork. For anyone interested in trying the meat in a simple form, we would recommend the butadon (pork rice bowl) which is about as simple as it gets.

This dish is a bowl of rice, which is served with thick slices of grilled pork on top and then doused in a local sauce. There may be a few small touches here and there to differentiate the dish such as the cut of the meat (pork loin vs pork rib) or the type of sauce used, but each one we tried passed the test. There is even a butadon restaurant right inside JR Obihiro Station if you are hungry when you arrive! This is the Butahage Obihiro Head Office of Butadon.

Air access to Obihiro City from Tokyo via the Tokachi Obihiro Airport will take around 90 minutes.

For those using public transport, the Obihiro City hotel shuttle bus picks up from various downtown hotels, including the likes of Hotel Nikko Northland Obihiro and the APA Hotel at Obihiro Station. Check with your accommodation to see if they are on the route.

There is also JR access into Obihiro City from Sapporo through JR Obihiro Station. 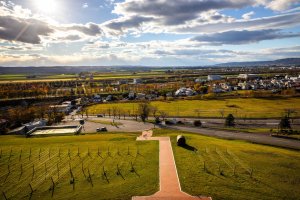 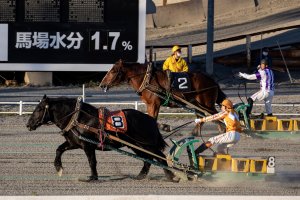 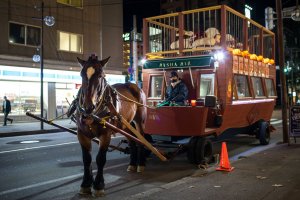 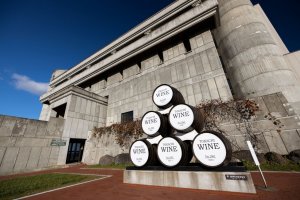 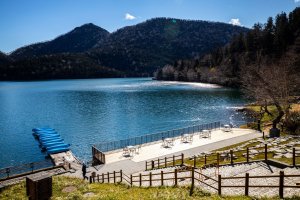 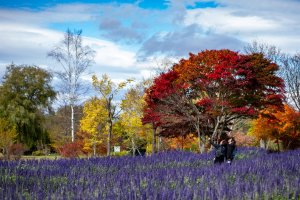 Kim 2 months ago
The flower garden looks lovely, and I think the concept of the happiest station in Japan is wonderful!
Reply Show all 0 replies

Sander van Werkhoven 2 months ago
Butadon is SO good!
Reply Show all 0 replies

Bonson Lam 2 months ago
What a variety of things, from horses to pork. Something for all the family
Reply Show all 0 replies
3 comments in total