The end of the earth

Nestled in Northeastern Hokkaido is a nature lover’s paradise. World Heritage Shiretoko National Park is home to the largest concentrations of brown bears in the world. Over 300 and counting, these animals live on a peninsula that runs 70 kilometers long (43.5 miles) and 26 kilometers (15 Miles) at its widest. During the winter on the Sea of Okhotsk the harsh strong winds from Siberia cause ice drifts which during the spring melt and provide special food for a multitude of salmon. On the Nemuro Strait side where no ice is formed the coast is lined with kelp harvesting stations. Running right down the middle of the peninsula is the Shiretoko mountain range.

Since this is a bear habitat with a rich ecosystem, most hiking areas require a professional guide. You will see signs throughout the park not to feed the bears because if they become accustomed to humans, then the rangers will have to put them down due to safety reasons. At various facilities along the route you will read heart breaking stories of bears that had to be eliminated.

Aside from guided hiking, there are two other ways to enjoy this National Park, one - via cruise; and two - an interior bus tour. From April to October you can enjoy a 3 hour and 45 minute cruise on the Sea of Okhotsk down to Cape Shiretoko. It starts at Utoro Port passing many beautiful waterfalls. The first is Frepe Falls also known as Oteme no Namida (a women’s tears). It is fed by an underground spring and is also accessible via the bus tour. The next waterfall is Kashuni where hunters would dock their boats in the cave just below the falls. The last major falls on this side of the peninsula is Kamuiwakka, known as Holy Water and is not reachable on land. You will see many beautiful rock formations during the cruise that were formed by volcanic flow eroded by ice drifts. You may spot Brown Bears, White Tail Eagles, Spectacled Guillemots, Asian House Martins, Japanese Cormorants, Red Foxes, Orcas, Seals, Sea Lions, Dolphins, and Salmon. You can rent binoculars for a small fee. When the boat reaches Cape Shiretoko you are handed a certificate commemorating your reaching the end of the park. There are may cruise tour lines to choose from, but Aurora takes you to the Cape and also provides Drift Ice tours during the wintertime.

All names of creeks, rivers, lakes, and waterfalls are from original native language of the Ainu people.

The bus tour runs approximately 5 hours, starting at Shari Terminal and stopping at Oshinkoshin Falls before entering the National Park. Our excellent tour guide Saori Nagashima talked non-stop with interesting information about the National Park. Our young very diligent driver was Keita Takayama. Both had great welcoming personalities that made the tour very enjoyable.

From the top of Shiretoko Pass on a clear day (very unusual) you can see Kunashir Island (currently controlled by Russia). The main objective of this tour is Shiretoko Goko Lake (Five Lakes). When you arrive, there is a required lecture on safety and rules of bear sightings. There are two options: a safe walk on the elevated wooden path (1.6 Kilometers round trip) or a fee-based guided tour (3 kilometers) on a ground pathway. There are several reasons for the required guide, one being this is brown bear habitat, and second to prevent ecosystem damage. During our trip, the ground pathway was closed due to bear sightings. At the lakeside observation deck you can see the refection of the Shiretoko mountain range on Lake Ichiko. Other stops on this tour included Frepe Falls with a nice 1 kilometer walk and a sign encouraging us to make a lot of noise to scare off the bears, Shiretoko Nature Center (be sure you see the 20-minute four seasons movie), and the Shiretoko World Heritage Conservation Center.

Both tours provide breathtaking scenery that you will not find anywhere else in Japan.

This National Park is a great example of how humans and nature can coexist while maintaining a beautiful, wild, National Treasure.

Daily flights from Tokyo and other Japanese cities to Memanbetsu Airport. Bus from Airport directly to Utoro near the Park entrance. 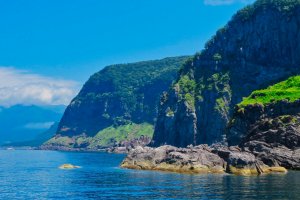 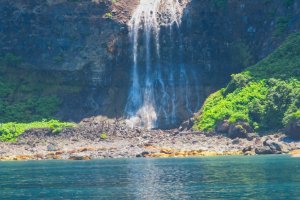 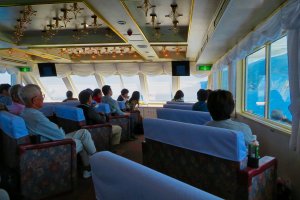 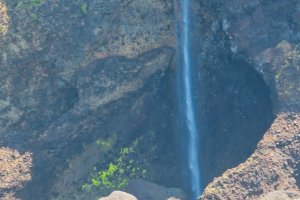 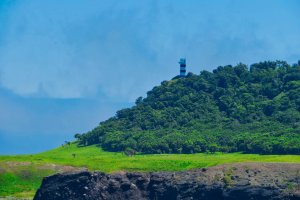 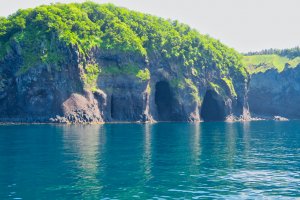 Novia Mardasari a month ago
OMG! So beautiful! love it!
Reply Show all 0 replies

Sherilyn Siy a year ago
Love your lighthouse photo.
Reply Show all 0 replies

Sleiman Azizi a year ago
Can't say it was a difficult sell either. Just stunning.
Reply

Sleiman Azizi a year ago
Been itching to visit Shiretoko for a while now.
Reply Show all 0 replies
10 comments in total