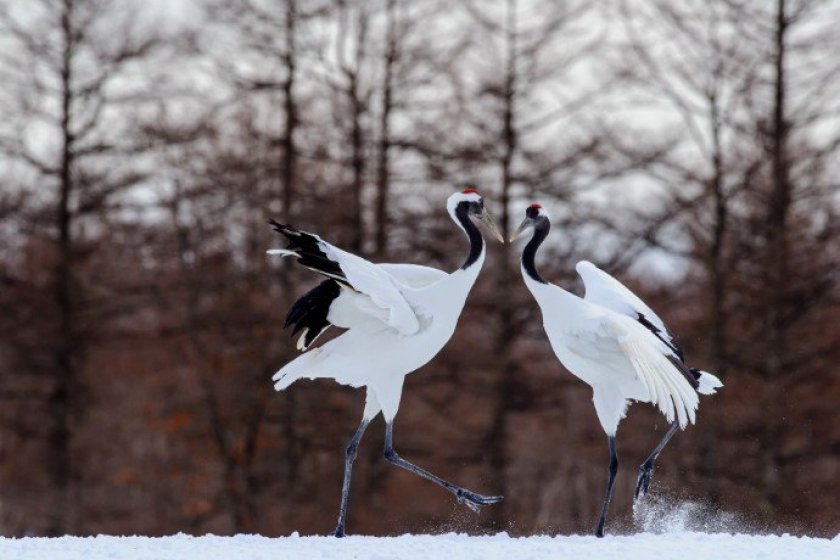 The God of the Marsh

The story of Japan's red-crowned crane

The “God of the Marsh”, the “Red Crowns”, or simply, the Japanese Crane - who can deny the beauty of their red on white plumage, graceful bearing and hypnotic pair dance?

The crane has traditionally played an important part in Japanese culture, being associated with qualities such as longevity and fidelity. It is said that the crane lives 1000 years, and that folding one thousand paper cranes will make a wish come true. The auspicious symbolism has persisted through to popular culture, and it features today in various guises from the official logo of Japan Airlines to the Series D 1000 yen banknote.

While the Tancho crane now enjoys a protected status, it has not always been the case. In the Meiji era, Japan’s largest bird was hunted almost to extinction. Eventually, a small population was discovered in the Hokkaido marshlands, after which the government designated the marsh as a national park to conserve the population of precious birds.

Today, they are still one of the rarest crane species in the world. Of a global population numbering 2800, 1500 live in Japan, two thirds of which live in Hokkaido’s Kushiro Marsh.

With their eye-catching red crowns and snow white down, it is no wonder that the Kushiro Marshland attracts visitors from all around the world to admire the graceful inhabitants. It is only here that the tancho can be viewed all year round.

Visit the Kushiro Marshlands this spring or winter - you will not be able to resist the majesty of Hokkaido’s God of the Marsh.

A rental car is the easiest way to get around the park as public transportation is limited and infrequent. Rentals can be arranged at Kushiro Airport and in the city center. However, it is possible to reach most areas by public transport. 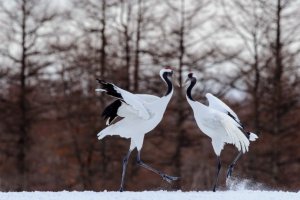 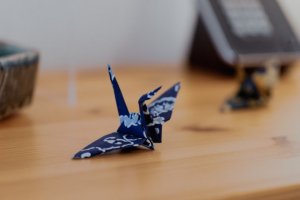 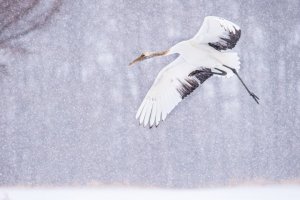 Lynda Hogan 3 years ago
Great photo. I've never seen one up close, just from a distance.
Reply Show all 0 replies

JapanTravel Guest 3 years ago
can you show us more photos like those?

Sleiman Azizi 3 years ago
Some nice photos there.
Reply Show all 0 replies

Elena Lisina 5 years ago
What about autumn? Can one see those cranes in autumn there? Is Japanese name for them tsuru?
Reply Show all 0 replies

Elena Lisina 5 years ago
I really love such places!
Reply Show all 0 replies
9 comments in total