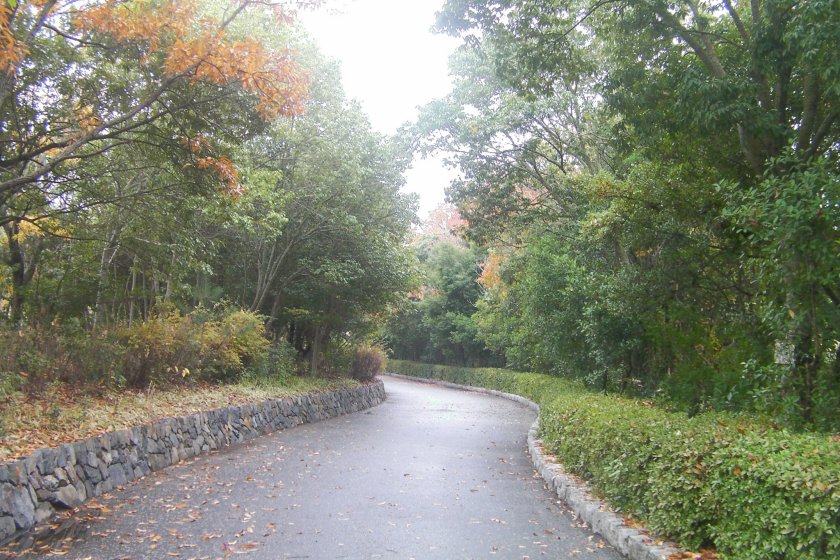 Ako Seaside Park is a popular retreat located in historic Ako City situated on the Seto Sea.There are activities on offer for all ages and visitors from the surrounding area have made it a year round destination. Admission is 200 yen for adults and 100 yen for elementary and junior high school students.There are several points of interest to chose from.

Waku Waku Land is an amusement park geared towards younger children. It has a Ferris wheel, go-carts, two mini-train lines, a shuttle-train, coin-operated vehicles, a boat/canoe pier and a cycle-monorail.The rides are priced from 100 to 700 yen.

Wanpaku Plaza and Sand Hills is an open space that features a sunken pirate ship that kids can climb on.There are a variety of jungle gyms and kiddie-sized hobby horses.There is also a super-sized sliding board with a gentle slope.

The Salt Country and Research Center is a museum and institute dedicated to teaching about the history of salt manufacturing in the region.The outer thatched buildings and salt fields are free to inspect but admission to the center is 100 yen for elementary and junior high school students and 200 yen for adults.There are reduced rates for groups over 30 or 100.

Blue Sky Plaza is the largest of several open spaces which can be used for picnics and light sporting activities. A slightly smaller open space called Four Seasons is a multi-purpose area featuring artistic monoliths .

Shiraumi is an artificial lake that can be seen from an adjacent plaza. There is a smaller lake called Akaumi which can also be found at the center of the park.

There are several picturesque roads that connect the park's attractions.They are lined with towering palmettos, creating a tropical feeling even in cold weather.

If you feel like staying the night there is a campground for camping vehicles and tents from 3000 yen. Cottages are also available from 10,000 yen per night.

You can rent a tennis court for 350 yen per hour and group packages start from 2000 yen per day.

Ako Seaside Park is accessible by train from the JR West Ako line. Exit at Ako Station and there is a bus that will take you near the entrance. From the bus you will need several minutes to reach the front gate on foot. 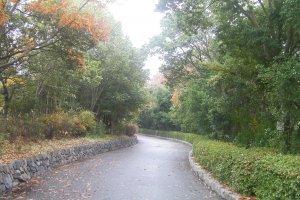 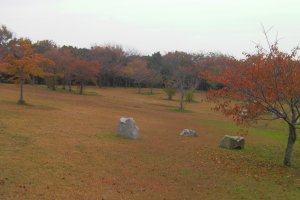 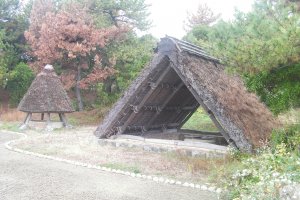