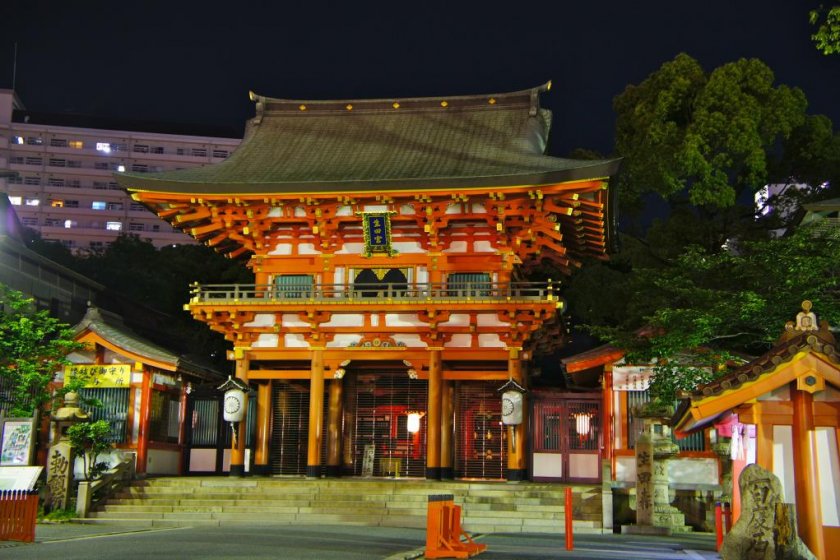 Where tradition meets the modern way of life

Amid the small bustling lanes of Sannomiya in Kobe you can find the wonderful Ikuta Shrine, which is possibly one of the oldest shrines in the country. Its founding is noted in the Nihon Shoki (second oldest book of classical Japanese history); it's said to have been constructed by the Empress Jingu at the beginning of the 3rd century AD.

Today the shrine is more or less surrounded by modern constructions, as for example the department store Tokyu Hands, as well as sprawling cafes, and it's hard to believe that the shrine used to be surrounded by forest until the 19th century.

Ikuta Shrine is worshipped as a guardian of health. This is also reflected in the shrine's name, as the first Chinese character means "life". For the people of Kobe Ikuta Shrine is also a symbol of resurrection, as it survived quite some challenges in the past: Wars were fought in and around the shrine grounds during the Genpei War (1180 - 1185​), heavy flooding from the nearby river occurred in 1938, there were air raids over Kobe during World War and last but not least it suffered from the damage caused by the Great Hanshin Earthquake in 1995. Ikuta Shrine withstood all the damage and is therefore a symbol of hope for the residents. This is particularly evident on New Year's Eve and New Year's Day, when people throng the shrine in thousands for hatsumode (first Shinto shrine visit in the New Year), praying for good health and happiness for the coming year.

Located in Sannomiya, an area frequented by youngsters, the shrine also attracts a lot of young couples, who visit the shrine to get hold of amulets; white for boys and red for girls, believed to bring their happiness and romance to a happy end.

A bit difficult to spot, there is a small pond with ducks to the left of the main building; make sure not to miss it. The autumn colors around this pond with its koi carps and the definitely typical Japanese atmosphere around the shrine seems like a surreal setup in the middle of the bustling Sannomiya shopping district. 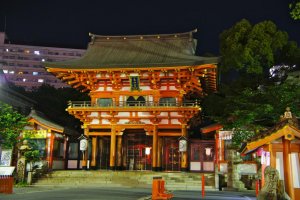 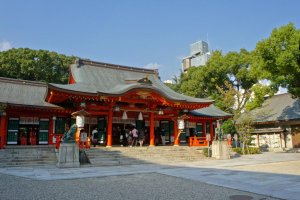 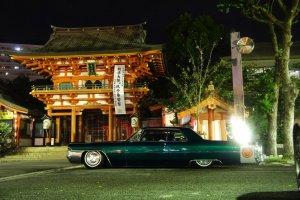