One of the oldest shrines in Japan

Ikuta Jinja Shrine is a small, peaceful shrine right at the heart of Kobe. Founded in the 3rd century by Empress Jingu, the shrine is dedicated to the Goddess Wakahirume-no-Mikoto, who is the spirit of the sun goddess Amaterasu-Omikami and is a guardian of health. It's one of the oldest shrines in Japan and is very important for the people of Kobe as it has a strong past, but nevertheless remained small and local. It is a famous spot for Japanese tourists and you will notice that many groups of all ages come to visit it together. The shrine suffered from many disasters throughout history, such as the Kobe earthquake in 1995 and air raids in 1945 during the second World War. However, it has been reconstructed each time and people see it as a symbol of resurrection, a strong value that is also embodied by the enshrined goddess who is known to be the one giving birth to anything young, a place of hope and vitality.

When you enter the shrine, the first thing you notice is its torii gate. It had to be rebuilt after the earthquake but proudly stands today as the main entrance to the shrine, a symbol of ancestral Japan in the middle of the modern city of Kobe. The architecture of the shrine itself is a real masterpiece: the details on the wooden structures are breathtaking and have been carved with the highest dexterity. You will notice the shrine contrasts with the rest of the city, and if you look back once you've entered, you'll see the tall and grey buildings of Kobe stand out behind its ancestral wooden gates.

At the back of the shrine, you may find a tiny forest with a waterfall. Japanese people come here to relax in the peaceful atmosphere. A little further on the left, you will find a pond next to a small bridge that attracts many bird species and is the home to beautiful Koi carps. On your way out, you'll find it hard to believe that you've just visited a shrine as it's only minutes away from Sannomiya station, one of the most busy areas of Kobe where shops, restaurants and karaoke bars attract young people who wish to party!

French adventurer from Paris, I enjoy travelling the world and discovering the unique scents and tastes of each country. 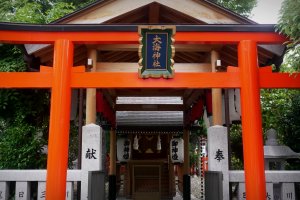 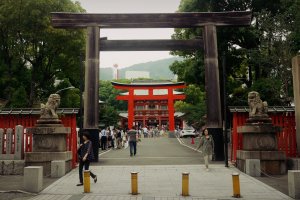 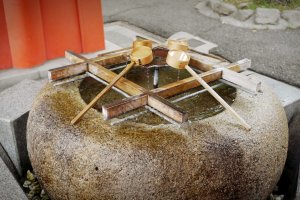 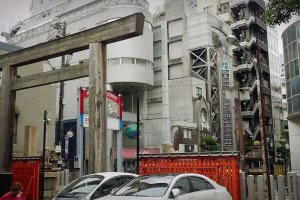 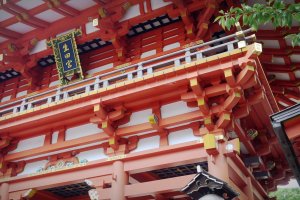 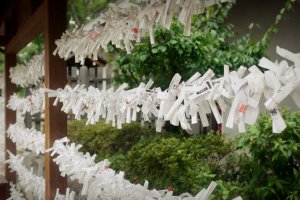