“It was fine at Auckland airport on September 25. About seventy people were standing silently in a group. I shook hands with them one by one. Some shed tears; some hugged me with a smile; some said, see you again; and some whispered, We shall meet in heaven in case we cannot meet on earth again.

Rubia’s eyes were filled with tears. After I finished shaking hands with the last one, she came to hold my hand. I held her hand tightly. It was the first moment we had held each other. We had never touched before. She didn’t release her hold till I passed through the departure gate. The little frog was returning to his pond a very different frog from that which had left it seemingly a lifetime ago.”

The little frog was Hideo Hatakeda. World War Two had just ended, with Kobe flattened by incendiary bombs. Children had lost their parents; some with just the clothes on their back. On their way to safety the melodic sound of hymns were ringing from a tent, from which Kobe Central Church was born. What was the purpose of life? Hideo left the ruins behind to find it, yet on the other end of Pacific, the influence of Kobe Central Church had its grip on him.

Almost two decades earlier at the end of another war, Mit was born, not far from Hideo’s new home in New Zealand. Growing up under the palm trees, it was a childhood of bare feet and long afternoons catching fish and playing with the Fijian children. The home helpers would toss young Mit in the air, and tease him with Pidgin English folk songs, like “Milton Milton is not good, chop him up for fire wood, if he is no good for that feed him to the old tom cat” accompanied by a raucous howls of “ho ho ho”.

Like Hideo, Mit had a simple life. He could cook a banana a thousand ways, and could slay a pineapple into many pieces.

When his brother Walter moved to Sydney, he followed him and became an apprentice. At 16, Mit didn’t believe or disbelieve anything. There was an electrician called Jim who invited him to the gospel hall. They didn’t talk about money, and everyone was called a brother. Mit was stunned by their passion and it changed his life.

The Pacific War had just ended. General MacArthur announced a call for missionaries to go to Japan. So Mit and his wife packed a crate, as wide as the narrow Japanese streets. In it was a year’s supply of dairy and other Australian provisions. People were starving and Mit went to feed the destitute living in the caves.

Eventually he parted ways with the Plymouth Brethren. He had no money to even study Japanese and was struggling to support his young family and the fledging church.

At this time, something amazing happened. An American sergeant banged on the door late at night. “Were there GI’s hiding in there?” The next morning, every solder left for Korea. Suddenly the ones left behind wanted to go to church, but all the Army chaplains went to the Korean War with the soldiers. General Westmoreland heard about this crazy missionary and singled him out to minister to all the worried wives and children left behind on the base, and even to General Westmoreland as well. Some soldiers came back alive, others did not.

Later he joined a church in the entertainment district of Kobe. This was a time when people walked everywhere, including this crowded boulevard called Shinkaichi to the movie cinemas and pachinko halls. In the middle of all this hubris, he would stand on a box and preach in his jumbled Japanese, and soon drew crowds listening to him. At the opportune moment, he invited them to go inside to his church. Some of them were fishermen, who met Hideo in Auckland and told him to find Mit when he returned to Kobe.

Mit and Hideo may have passed, but their memories live on at the Kobe Central Church. Make your own living history. It is time to make a connection this Sunday morning.

Authors note - I thank Mit's son Stanley for his recollection of Mit's life, and also Hideo Hatakeda, whose excerpt comes from the book - "From the Well to the Sea" 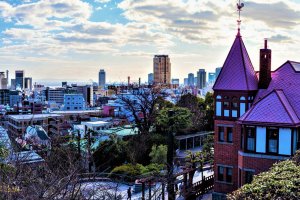 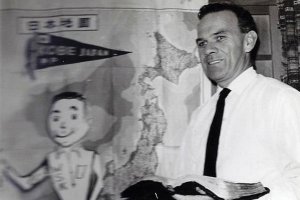 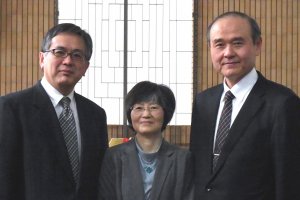 Bonson Lam Author 3 years ago
Thanks Victoria! It is amazing in Japan that you can walk past some places and not realize the incredible stories that lie behind those doors.
Reply
2 comments in total